Incumbents rules the day on both sides of the aisle 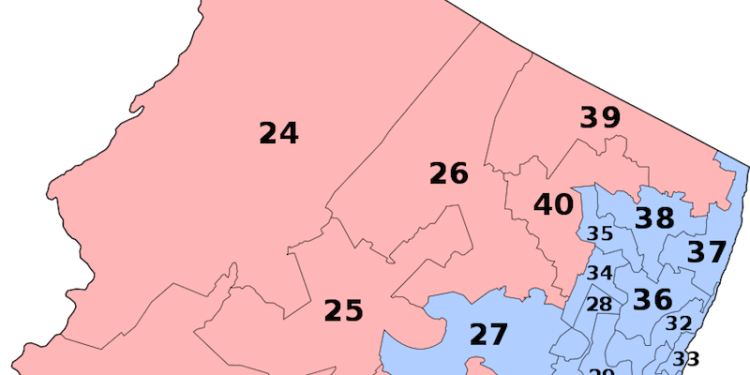 While Democrats appear to have their majorities tightened in the State Senate and Assembly, the races for both parties held to form in North Jersey.

It was a historic night in the 37th Legislative district as the Democratic slate easily won the Nov. 3 election. Assemblyman Gordon Johnson received 67% of the vote to replace the retiring Senate Majority Leader Loretta Weinberg with his running mates Ellen Park and Shama Haider garnering 34% and 33% of the vote respectively.  Johnson becomes the first Black State Senator from Bergen County, Haider the first Pakistani American and Muslim woman and Park the first Korean American woman to serve in the State Legislature.

For Republicans in the Senate, incumbents re-elected include Steve Oroho in the 24th with 70% of the vote, Anthony Bucco by a 30 point margin in the 25th, Joe Pennacchio winning decisively in the 26th, Holly Schepisi winning her first State Senate race in the 39th after replacing Gerald Cardinale who passed away earlier this year, and Kristin Corrado garnering 62% of the vote in the 40th district.

Senate Lership Up for Grabs

On the other side of the aisle, State Sen. Richard Codey won his 27th legislative district by a 63-37% margin over GOP challenger Adam Kraemer. With his win and Senate President Steve Sweeney unexpectedly losing, it could lead to Codey reclaiming his Senate Presidency. Sweeny trails Edward Durr, a conservative truck driver who reported spending just $153 on his campaign, by 2,009 votes in the South Jersey-based 3rd legislative district.

Another candidate to lead the Dems in the Senate is M. Teresa Ruiz, who ran unopposed in the 29th Legislative District. Ruiz was tapped to be the Senate Majority Leader, replacing Weinberg, by Sweeney. Leadership elections were scheduled for Nov. 4, two days after Election Day, but have now been postponed. The full Senate will officially vote for Senate president and majority leader on Jan. 11, 2022, when the new session begins.

Other North Jersey Democratic Senators retaining their seats include Ronald Rice in the 28th, Sandra Cunningham in the 31st, North Bergen Mayor Brian Stack in the 33rd, Nia Gill in the 34th, Nellie Pau in the 35th, and Paul Sarlo in the 36th.

A surprisingly close race saw Joseph Lagana retain his State Senate seat over GOP challenger Richard Garcia by a 52-48% margin in the 38th District as county wide races in Bergen County were closer than expected.

The same held true for the Assembly race as Democrats Lisa Swain and Chris Tully appeared to have held on by the narrowest of margins. Swain and Tully eached received 26% of the vote while Republicans Alfonso Mastrofilipo and Gerard Taylor had 24%.

North Jersey Dems retaining their seats in the Assembly include Eliana Pintor Marin and Shanique Speight in the 29th; Annette Chaparro and Raj Mukherji in the 33rd; Thomas Giblin and Britnee Timberlake in the 34th; Shavonda Sumter and Benjie Wimberly in the 35th; and Gary Schaer and Clinton Calabrese in the 36th.

William Sampson was elected to the Assembly for the first time along with his Democratic running mate Angela McKnight in the 31st Legislative District. McKnight received 38% of the vote and Sampson 36% compared with the 13% Rose Javier and Brandon Vila garnered on the GOP party line.

Sampson will be joined in freshman orientation by Republican Christian Barranco, who was victorious in the 26th Legislative District after defeating Assemblywoman BettyLou DeCroce in the June Primary. Barranco, with 31% of the vote, teamed with Assemblyman Jay Webber at 32% to defeat Democratic challengers Pamela Fadden and Melissa Brown Blaeuer, who received 19% and 18% of the vote respectively.

Among the North Jersey GOP Assembly re-elected were District 24 lawmakers Parker Space and Harold Wirths; Aura Dunn and Brian Bergen in the 25th; Robert Auth and Deanne DeFuccio in the 39th; and Christopher DePhillips and Kevin Rooney in the 40th.

Besides the Governor’s race, the only other statewide race was two ballot referendums on gambling. New Jersey voters appear to have approved one and declined the other.

Voters  rejected a ballot question asking them to expand sports gambling to allow people to wager on games involving New Jersey college teams and to bet on college sporting events taking place in New Jersey. The measure was being rejected by a margin of 56% to 43%. A second ballot question sought to allow nonprofits that conduct such games of chance as bingo or raffles to use the proceeds from those games of change to fund their operations. Voters appeared to favor that change by a margin of 63% to 36%.