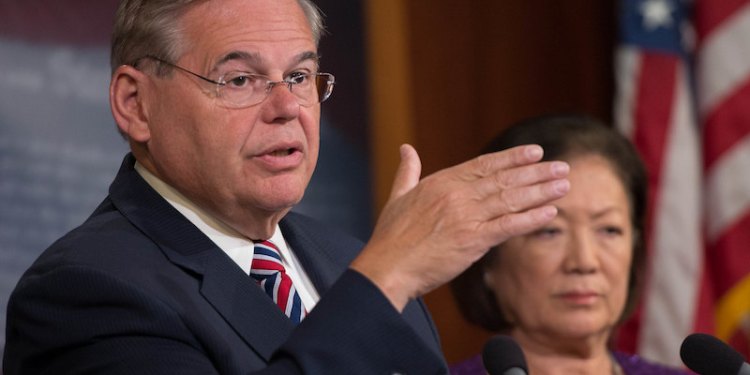 “I’m pleased to announce that an agreement has been reached to lower prescription drug prices for seniors and families in the Build Back Better legislation,” Schumer said after a Democratic caucus meeting. “Fixing prescription drug pricing has consistently been a top issue for Americans, year after year, including the vast majority of both Democrats and Republicans.”

Of note, Sen. Kyrsten Sinema (D-AZ) endorsed the deal. She was said to be a key holdout during the negotiations.

Menendez highlighted his contributions to the negotiations, saying it was a win for not only New Jersey residents, but for every American.

“Throughout the ongoing negotiations to address the high cost of prescription drugs as part of the reconciliation package, I had one guiding principle—ensuring that New Jerseyans and Americans all across the country finally see a meaningful reduction in the rising cost of drug prescriptions while protecting innovation on life-saving treatments,” said the U.S. Senator.

Menendez noted the deal included an out-of-pocket cap, a smoothing proposal for Medicare seniors, and ensuring negotiated drugs are available to patients.

“I believe the deal announced will meet my goal and make a real difference in the life of every American, especially those who are forced to ration or skip their medication to save money,” said the New Jersey lawmaker. “This is real progress and I look forward to continue working with my colleagues to get this over the finish line.”

According to the NBC News report, Schumer wants debate on the bill to begin Nov. 15. The program would be a part of President Joe Biden’s Build Back Better agenda.

“With today’s agreement on strong lower drug price provisions for the Build Back Better Act, Democrats have a path forward to make good on this transformational agenda for our seniors,” she said.

However, five centrist House Democrats asked for an official cost estimate of the legislation from the Congressional Budget Office or the Joint Committee on Taxation, a request which is unlikely to be ready before the House takes up the bill.