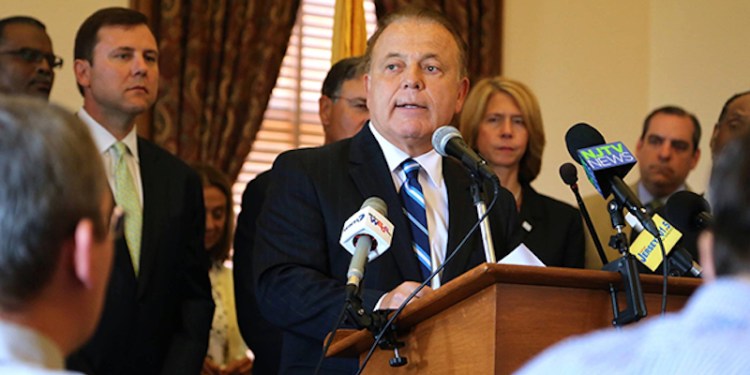 A top Republican in the State Senate believes this week’s election results show that an investigation into the coronavirus pandemic is wanted by the residents of New Jersey.

State Sen. Joe Pennacchio (R-26) renewed his call for the “immediate formation” of a State Senate Oversight Committee with subpoena powers to parallel the current investigation being conducted by the U.S. Department of Justice against the COVID nursing home actions of the Murphy Administration.

“The Legislature should spend the remaining portion of the current legislative session on a full and thorough investigation of the (Murphy) Administration’s COVID pandemic policies and the devastating effects they had, and continue to have, on the citizens of New Jersey,” declared Pennacchio in a press statement released Nov. 3. “Those 10,000 silent screams in nursing homes deserve no less.”

Calling the election results that appeared to have tightened the majorities Democrats held in the State Senate and Assembly “an earthquake that rattled” Trenton, Pennacchio said the gains by the GOP reflected the public’s lack of confidence after a year and a half of pandemic mandates.

“(Democrats) sat on the sidelines during one of the most important, neediest times in our state history,” said the GOP’s minority whip in the State Senate. “Instead of engaging and representing constituents, legislators circled their wagons and defended a governor instead of protecting the people against his arbitrary rules and edicts.”

Pennacchio has been one of the most vocal critics of the COVID-19 policies enacted by Gov. Phil Murphy over the last 21 months. The Morris County lawmaker has questioned the need for students to wear masks in schools, vaccine mandate policies, led a series of Republican hearings into the Murphy Administration’s handling of the pandemic and has promoted alternative therapies to combat the coronavirus such as hydroxychloroquine.

The Republican lawmaker proclaimed the election gains made by his party were a result of New Jersey voters observing the inaction by the legislature and not liking what they saw.

“In response, the residents refused to reward many of those silent Democrats with another tenure in office,” said Pennacchio.

Despite what he characterized as the “draconian” measures the Governor enacted, Pennacchio noted New Jersey still had the highest per capita death rate in the world and state economy that has been slow to recover in his view.

“Murphy’s policies forcing nursing homes to accept COVID patients, preventing testing for COVID, and locking the doors contributed to the loss of 10,000 frail and elderly residents of those long-term nursing facilities,” he said. “As the federal government shoveled billions of dollars in COVID relief to New Jersey, the Administration and its Democrat acolytes sat on their hands while they saw one-third of New Jersey businesses fail.”

State officials reported boosters and third shots of 418,433 for Pfizer and 212,930 for Moderna. A total of 6,184 New Jerseyans have received their Johnson & Johnson booster shot. Overall, 638,350 have received a booster or third shot.

As for those that have passed, the state reported 34 confirmed deaths, bringing that total to 25,219. The state listed probable deaths at 2,816, bringing the overall total to 28,011. State officials noted five deaths occurred in the last 24 hours of reporting that have not yet been lab confirmed.

The state reported 670 patients were hospitalized; by region, there were 234 in the North, 191 in the Central and 245 in the South. Of those hospitalized, 170 are in intensive care units and 94 on ventilators. A total of 92 patients were discharged in the last 24 hour reporting period.

In regards to cases related to in-school transmissions as of Nov. 4, the state has tracked 137 school outbreaks and 794 cases linked to those outbreaks since the 2021/2022 school year starting Aug. 7, up 11 outbreaks and 79 cases from the week previous.

Health officials noted 135 long-term care facilities are currently reporting at least one case of COVID-19, accounting for a total of 1,286 of the cases, broken down between 698 residents and 588 staff.

The state’s official death total will now be reported as those that are lab confirmed, sits at 8,639 on Nov. 4. The facilities are reporting to the state 7,997 residents deaths and 145 staff deaths.