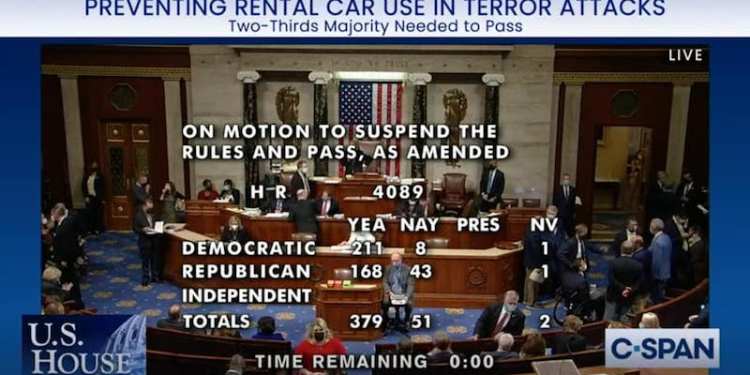 The House of Representatives recently passed a bill that a terrorist attack like the one that claimed the life of a bergen County resident on the streets of New York four years ago.

Rep. Josh Gottheimer was the Democratic sponsor of the Darren Drake Act that passed recently passed the lower chamber in Washington. The bipartisan legislation, spearheaded by Gottheimer, seeks to prevent terrorists from using trucks and other vehicles as weapons.

“This commonsense, bipartisan bill is aimed at stopping ISIS-inspired, lone-wolf, and domestic terrorists from easily acquiring trucks and other vehicles to wreak havoc and cause mass destruction and death,” said Gottheimer.

In Memory of Darren Drake

The Darren Drake Act was named after the New Milford resident who died in October 2017 during the New York City West Side Highway terrorist truck attacks.

Gottheimer said he worked closely with Barbara and Jimmy Drake, Darren’s parents, in both crafting and fighting to pass the legislation.

“With this bill passing the House, we are one step closer to helping save more lives, so that everyone across the country can be safe from attacks,” said Jimmy Drake.

How the Act Works

The mechanics of the bill will require the Department of Homeland Security (DHS) to develop and disseminate best practices for vehicle rental companies and dealers. The goal of the program is to encourage operators to share suspicious behavior with law enforcement.

These best practices will be developed and subsequently updated in consultation with federal, state, and local law enforcement. Industry stakeholders would also be involved in the program.

Additionally, the Secretary of Homeland Security would be required to report to Congress on the implementation of the best practices.

“It is an important addition to our arsenal as we work to eradicate threats of terror across our nation and I am proud to have led this initiative—in Darren’s memory—to help prevent future attacks and save lives. It is the least we can do,” said Gottheimer.