‘It Is Far Past Time to Decriminalize Use of Cannabis’ 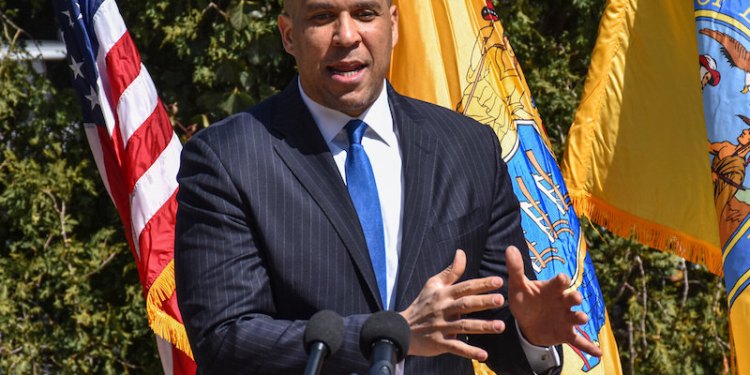 Sens. Cory Booker (R-NJ) and Elizabeth Warren (D-Mass.) are urging the federal Department of Justice to decriminalize cannabis by removing it from the Federal Controlled Substance List.

In a recent letter to U.S. Attorney General Merrick Garland, Booker and Warren pointed to President Biden’s 2020 campaign pledge to “decriminalize the use of cannabis and automatically expunge all prior cannabis use convictions.” They argued that decriminalizing cannabis would show forward momentum as Congress works toward a broader overhaul of cannabis laws.

“We urge the DOJ to initiate the process to decriminalize cannabis. Doing so would be an important first step in the broader tasks of remedying the harmful racial impact of our nation’s enforcement of cannabis laws and ensuring that states can effectively regulate the growing cannabis industry, including by assisting small business owners and those most harmed by our historical enforcement of cannabis laws,” Booker and Warren wrote.

Booker said in a press statement that it’s in the AG’s purview to remove a substance from the Controlled Substance Act’s list, in consultation with the Secretary of Health and Human Services, based on the finding that it does not have the potential for abuse.

Moreover, the two lawmakers said that 91% of adults in the United States think cannabis should be legal for medical and recreational use, or for medical use only. They said 36 states, four territories and Washington, D.C. so far have legalized cannabis for medicinal purposes and 18 states, two territories, and Washington, D.C. have legalized cannabis for adult recreational use.

New Jersey Gov. Phil Murphy signed into law in February 2021 three bills that decriminalized and legalized marijuana. At the time, Murphy said he believed New Jersey’s approach could serve as “a national model.”

These loosened state laws have not resulted in spikes in auto accidents or violent crimes, according to Booker and Warren. Additionally, Booker and Warren said the actions by states have not caused an increase in cannabis use among teens.

Additionally, Booker and Warren pointed to prejudicial enforcement of cannabis laws. They said the American Civil Liberties Union found in 2020 that black Americans were more than three times more likely to be arrested for cannabis possession than white Americans, even though both groups used cannabis at similar rates.

“Federal cannabis policy has disproportionately affected the ability of people of color in the United States to vote, to pursue education, and to build intergenerational wealth. You can begin to repair the harm that the criminalization of cannabis has wrought on communities of color by using your statutory and regulatory authority to deschedule this drug,” the senators wrote.

The measure is seen facing an uphill battle on Capitol Hill where Republicans generally oppose the idea and the  proposal would need 60 votes to thwart a filibuster.

In a July 15 Senate floor speech, Schumer said that the legislation, known as the Cannabis Administration and Opportunity Act “represents a monumental change because, at long last, it would take steps to right the wrongs of the failed War on Drugs.”

“Now, I am the first majority leader to say it is time to end the Federal prohibition on marijuana, and as majority leader I am going to push this issue forward and make it a priority for the Senate,” Schumer said.