In exchange for infrastructure vote, House version of Build Back Better Act to be voted on by Nov. 15 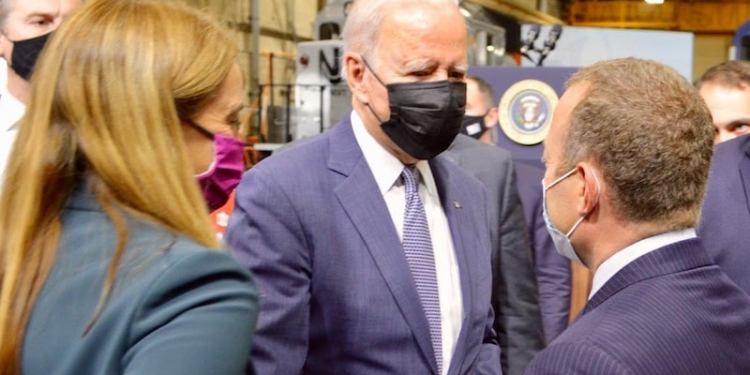 Six weeks after a promised vote never materialized, the bipartisan Infrastructure Investment and Jobs Act was finally passed by the House on Nov. 5 and is on its way to be signed by President Joe Biden.

The passage of the $1.2 trillion bill was by a 228-to-206—with 13 Republicans in support and six Democrats voting against—and included all 13 members of the New Jersey House delegation who voted for passage. The infrastructure bill vote comes days after election losses were blamed in part on the inability to vote for the bill as well as come to an agreement on the $1.75 trillion Build Back Better Act.

The North Jersey delegation had made a House vote a priority as it funds key physical infrastructure projects, specifically the Gateway Tunnel Project to replace the two aging train tunnels that suffered significant damage from Superstorm Sandy.

President Biden called the bill a “once-in-generation bipartisan infrastructure bill that will create millions of jobs, turn the climate crisis into an opportunity, and put us on a path to win the economic competition for the 21st Century.”

The bill was passed with an agreement that calls for a House vote on the Build Back Better Act the week of Nov. 15. It was a deal negotiated by two wings of the Democratic party that have been at odds about timing of the bills—Rep. Josh Gottheimer representing the Centrists and Rep. Pramila Jayapal (D-WA) for the Congressional Progressive Caucus.

The former group had push for vote the separated the two bills while the latter was looking to secure a vote at the same time. Because of their slim margin Democrats hold in Congress, both groups had enough votes to block passage of any bill.

The agreement was a commitment from Reps. Gottheimer, Ed Case of (D-HI), Stephanie Murphy (D-FL), Kathleen Rice(D-NY) and Kurt Schrader (D-OR) to vote for the Build Back Better Act as soon as they obtain an estimate from the Congressional Budget Office consistent with White House figures showing that the measure is fully paid for.

“Today’s votes represent a major victory for New Jersey, for pragmatic problem solving, and for helping our middle class families,” said Gottheimer after the bill’s passage. “This is a huge win for New Jersey, for bipartisan governing, for common sense, and for our hard-working families.”

On to Build Back Better Act

“I’m proud to have played a critical role in getting these historic pieces of legislation across the finish line—all with the goal of improving the lives of North Jersey families and benefiting small businesses.”

The Bergen County lawmaker offered his support for the Build Back Better that currently includes the reinstatement of the state and local tax (SALT) deductions that will be a tax cut for New Jersey families.

“The Build Back Better reconciliation package, which today moved toward passage in the House, includes something that I have championed for years—a reinstatement of the State and Local Tax deduction, which will give hundreds of thousands of hard-working, middle class families a much-needed tax cut,” he said. “The legislation will also expand universal pre-K, make childcare more affordable, lower prescription drug prices, address childhood hunger, and help fight climate change.”