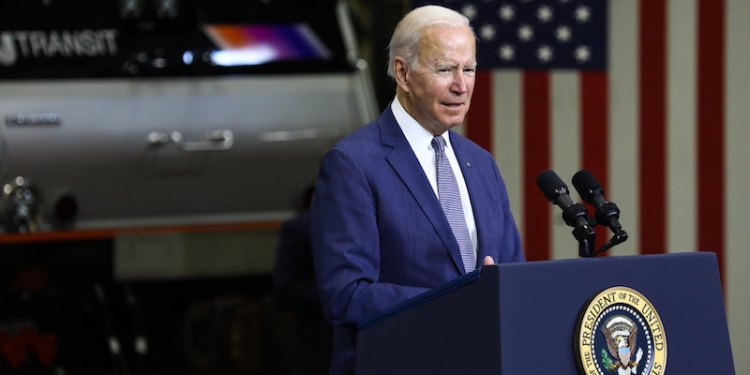 When something unexpected happens in politics, the easiest response is to place blame. The smarter thing to do is take a breath and find the lesson.

There has been a lot of the former after the election results in New Jersey and other states—most prominently Virginia, Minneapolis and Seattle—over the past week. But there’s a message that both parties should learn from going forward.

For Republicans, Jack Ciattarelli showed a formula for like-minded moderates like himself in today’s GOP. Campaigning on issues that matter most, especially taxes, is always a pathway to success. Voters rejected extremists for candidates that connected on issues that affect their everyday lives.

And give credit to the GOP in their ability to harness the outrage around educational issues, such as Critical Race Theory and mask mandates for students. The best campaign lawn sign this season was a simple yet effective one in our view: “Fed up? Vote Republican.”

Democrats must now ask themselves with Congressional primaries and elections just around the corner: how did we get to where we are the ones on the other end of voter’s rage? After all, members of Weinberg’s party want those and have worked hard to provide those same things.

But that message and legislative victories have been overshadowed by the unrealistic demands of radical leftists such as Sen. Bernie Sanders and members of The Squad in the House.

A lack of leadership by Dems has allowed the left to promote their agenda the detriment of legislation and moreover, the party. To be blunt, President Joe Biden has allowed his objectives to be co-opted by those in his party that are much more liberal than most of his party.

The truth is the inability to pass an infrastructure bill before the election was a major negative and has been cited by Sens. Mark Warner and Time Kaine of why the GOP won their state of Virginia.

Democrats have both a policy and messaging problem that needs to be fixed quickly to win back moderates. Their programs like full funding of pre-K and expanding healthcare are extremely popular. But Republicans have been effective in making races about defunding the police and other “woke” policies such as how the history of race is taught in schools.

Centrists understand adjustments need to be made but their case has to be explained better and, more importantly, address the concerns for those who question the need. Just writing off potential voters who raise objections as just a Trump Republican are over. Moderate moms that fueled election wins for Dems over the past five years are the ones wanting answers.

The playbook for both parties is right in front of them when you look at two North Jersey lawmakers. Reps. Josh Gottheimer and Mikie Sherrill look for solutions—in their case for Democratic priorities—while reaching across the aisle and even in their own party. Gottheimer was the lead negotiator in getting the Infrastructure Bill passed this weekend with the Progressive Congressional Caucus. That is what a majority of voters want: Common ground policies that work for all Americans. Yet it is a measure that radical leftists like Rep. Alexandria Ocasio-Cortez, one of the six Democrats who voted against the bill, didn’t believe should be passed.

There are results that happened on election day that are unexplainable—Senate President Steve Sweeney losing to a candidate that only spent $153 10 days before the election is something that we will try to get our head around until the end of time. But despite Gov. Phil Murphy receiving more votes this time around then the last, his unabashed progressive agenda needs to be scaled down to one that focuses on kitchen table issues first.

During his victory speech, Murphy said he had heard “all New Jersey voters loud and clear.” We have been very supportive of his COVID-19 mask and vaccine policies. But it is time for him to lead in a different direction that focuses on making it more affordable to live and work in the Garden State.

We started this website with the proclamation to drown out the radical voices on the right and left, while giving rise to the center. We see Tuesday elections as an affirmation of our positions. We have been harshly critical of Republicans in their lurch to the right since March 2020 and we stand by every word today. But moderates in key swing counties such as Morris and Bergen came out for the GOP in larger numbers then in the past five years. We hear that just as Democratic lawmakers better.

The passage of the infrastructure bill could be a first step in showing that Dems heard what voters had to say on Election Day. And their is possible an end date for the House version of the Build Back Bette Act; we can’t stress enough how there are really good things in the  bill—hell, just getting the state and local tax (SALT) deduction cap punitively inserted by Republicans in 2017 removed would be an incredible game changer for North Jersey.

The tent is much more ideological diverse in the Democratic party, one that is needed to keep their majorities in federal and state legislative houses. But it needs to produce policies that are seen as centrist yet progressive in order to remain in power. Leaders such as President Biden and Gov. Murphy need to understand their mandates are for all Americans, not the agendas of the radical left voices in their party.