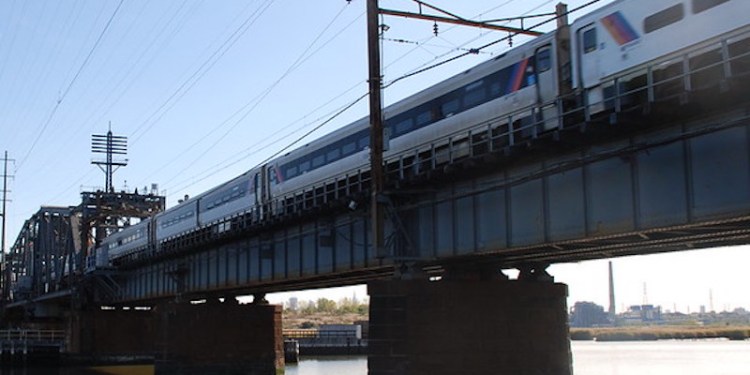 Below are the press statements of President Joe Biden and North Jersey lawmakers after the House of Representatives passed the $2 Trillion Infrastructure Investment and Jobs Act.

Tonight, we took a monumental step forward as a nation.

The United States House of Representatives passed the Infrastructure Investment and Jobs Act, a once-in-generation bipartisan infrastructure bill that will create millions of jobs, turn the climate crisis into an opportunity, and put us on a path to win the economic competition for the 21st Century.

It will create good-paying jobs that can’t be outsourced. Jobs that will transform our transportation system with the most significant investments in passenger and freight rail, roads, bridges, ports, airports, and public transit in generations.

This will make it easier for companies to get goods to market more quickly and reduce supply chain bottlenecks now and for decades to come. This will ease inflationary pressures and lower costs for working families.

The bill will create jobs replacing lead water pipes so every family can drink clean water.

It will make high-speed internet affordable and available everywhere in America.

This bill will make historic and significant strides that take on the climate crisis. It will build out the first-ever national network of electric vehicle charging stations across the country. We will get America off the sidelines on manufacturing solar panels, wind farms, batteries, and electric vehicles to grow these supply chains, reward companies for paying good wages and for sourcing their materials from here in the United States, and allow us to export these products and technologies to the world.

It will also make historic investments in environmental clean-up and remediation, and build up our resilience for the next superstorms, droughts, wildfires, and hurricanes that cost us billions of dollars in damage each year.

I’m also proud that a rule was voted on that will allow for passage of my Build Back Better Act in the House of Representatives the week of November 15th.

he Build Back Better Act will be a once-in-a-generation investment in our people.

It will lower bills for healthcare, child care, elder care, prescription drugs, and preschool. And middle-class families get a tax cut.

This bill is also fiscally responsible, fully paid for, and doesn’t raise the deficit. It does so by making sure the wealthiest Americans and biggest corporations begin to pay their fair share and doesn’t raise taxes a single cent on anyone making less than $400,000 per year.

I look forward to signing both of these bills into law.

Generations from now, people will look back and know this is when America won the economic competition for the 21st Century.”

“Today’s votes represent a major victory for New Jersey, for pragmatic problem solving, and for helping our middle class families. We are sending the once-in-a-century Bipartisan Infrastructure Bill to the President’s desk and are preparing to send a reconciliation package to the Senate that will reinstate SALT and cut taxes for New Jersey families. The historic infrastructure legislation will help build the new Gateway Train Tunnel, fix our crumbling roads, bridges, and NJ Transit, address climate resiliency, and help get lead out of our children’s drinking water. It will also invest in electric vehicles and broadband for the unconnected, and it will help create two million jobs a year for the next decade.

The Build Back Better reconciliation package, which today moved toward passage in the House, includes something that I have championed for years — a reinstatement of the State and Local Tax deduction, which will give hundreds of thousands of hard-working, middle class families a much-needed tax cut. The legislation will also expand universal pre-K, make child care more affordable, lower prescription drug prices, address childhood hunger, and help fight climate change.

This is a huge win for New Jersey, for bipartisan governing, for common sense, and for our hard-working families. I’m proud to have played a critical role in getting these historic pieces of legislation across the finish line — all with the goal of improving the lives of North Jersey families and benefiting small businesses.”

Today’s vote on this bipartisan infrastructure legislation is a culmination of years of work and advocacy. This legislation will fund critical investments in New Jersey’s infrastructure. For too long, New Jerseyans have endured tough commutes – described by some as ‘hell’ and a ‘daily nightmare.’ It takes them away from their families and makes the daily commute a constant guessing game of whether or not they will arrive at a meeting or kid’s soccer game on time.

“We have also struggled in North Jersey with aging water infrastructure and lead pipes.  This bill will fund lead pipe remediation and removal of PFAS contaminants from water systems, ensuring we have safe drinking water but without doing so on the backs of New Jersey taxpayers.

“Finally, as the most densely populated state in the nation, our cars have been our largest carbon emitter. With this infrastructure legislation we will expand our electric charging network and bring down commuting costs for our citizens while mitigating the effects of climate change.

“The jobs that this bill will create and the improvements in our national transportation network will maintain New Jersey’s competitiveness here at home and across the globe.  They will boost our economic efficiency and help fuel our economic recovery from the coronavirus pandemic. The broad bipartisan support this legislation received is also a positive sign to the American people that, despite divisions across the nation, many of us in Congress are working to unite the country and serve the people.

“Delivering this legislation, which will improve the daily lives of American families everywhere, makes me immensely proud. These investments will not only provide jobs and expand our economy in North Jersey, they will also ensure a bright future for our children.”

“Our tunnels, bridges, highways, and airports were once the envy of the world, a source of strength and pride for our country, and the foundation of our economic success. For years, we have been calling on our leaders in Washington to get serious about replacing that extraordinary turn of the 20th century infrastructure with even more extraordinary 21st century infrastructure. Today, Congress answered that call.

The bipartisan Infrastructure and Jobs Act will ensure the very survival of the busiest rail corridor in the United States, and that will be life-changing for my constituents, helping parents get to work more swiftly and safely, knowing that they’ll be home in time for dinner with their kids. That’s why in 2018, I made a promise that I would get Gateway built. After years of unnecessary delay and willful obstruction by the previous administration, the bipartisan infrastructure deal will fully fund he replacement of the Hudson River Tunnel. I am incredibly proud to deliver on my promise to move this project forward, to revitalize the aging Northeast Corridor, and to bring home more of the tax dollars we send to Washington every year.

The Infrastructure Investment and Jobs Act also includes needed investments to make our communities more resilient to storms and floods, which are happening in New Jersey with more frequency and intensity than ever before. The bill provides more than $50 billion for the flood control and resiliency projects that communities from Cranford, to Millburn, to Hillsborough, to Lambertville desperately need.

While the bill doesn’t give us everything we want, it does give us everything our country desperately needs right now. With the clear and present dangers to our democracy, I am glad that Congress has come together to show that democracy can deliver.”

“I was glad to join my colleagues last night in passing the Infrastructure Investment and Jobs Act. This $1.2 trillion investment package will support states and communities to make necessary repairs to their roads, bridges, and highways, improve our resilience to climate change and extreme weather, and create millions of jobs in the process. I am proud to support the final passage of these long overdue investments and look forward to seeing this legislation’s positive impact on residents of New Jersey’s 8th District, and communities across America.”

“This bill funds infrastructure projects that are vital to the economic prosperity of my district and the entire state of New Jersey. It will create thousands of good-paying jobs and help commuters and passengers get to their destinations faster and safer throughout the state and Northeast Corridor.  But infrastructure is more than roads and bridges.  I am proud that it includes money to replace water pipes to protect Americans, especially American children, from lead exposure in their drinking water.  Plus, it will help fund the Hudson River Tunnel, a project that is critical to the national economy as well as our local economy.”

“Under the leadership of President Biden, Speaker Pelosi, and our dedicated congressional delegation, New Jerseyans stand to benefit immensely from unprecedented investments in infrastructure. The Bipartisan Infrastructure Bill delivers billions of dollars for the Gateway Program, the largest critical infrastructure project in the United States, bringing commuters the relief that they deserve. This legislation also includes significant funding for the expansion of broadband internet, addressing a key issue that impacts underserved areas of New Jersey and will be a gamechanger for those residing in them. I congratulate the President and our congressional delegation on this step forward for all New Jersey residents.”