Both camps agree that Murphy has votes lead 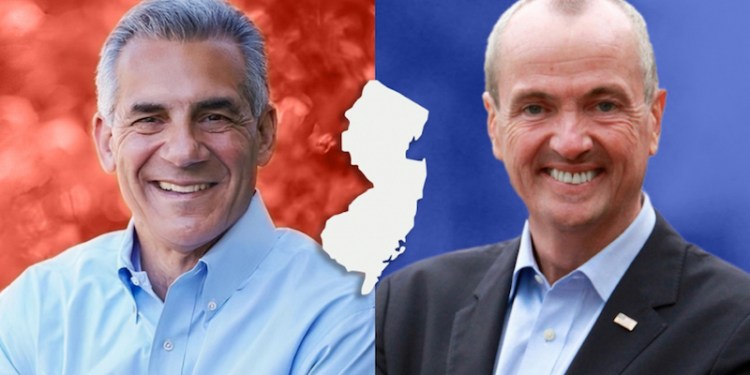 Gov. Phil Murphy turned up the pressure for his GOP challenger in the race for governor to concede.

Murphy’s comments were part of a day-long back and forth between his camp and those representing Jack Ciattarelli over the results of the gubernatorial election Nov. 2.

“We’re going to count every vote. That’s never been in question, right? That’s going to happen, but I think it’s incredibly dangerous when it’s mathematically impossible,” said Murphy at a press briefing Nov. 8. “I think it’s bigger than winning or losing. It gets to question what it is to be an American and respect the institutions…we count on as a society including democracy.”

“But if it’s mathematically impossible, it’s dangerous. This is not what America is about.”

The comments by Murphy came after a memo his campaign released that made the comparison between the Virginia gubernatorial election held on the same day as the one for the Garden State. Democrats estimate after the weekend there were 57,400 uncounted provisional ballots and Murphy has won 68.1% of vote-by-mail ballots that have come in since Wednesday.

The memo states that Murphy’s lead after the weekend stood at 65,404 votes or 2.59%— a percentage margin larger than Republican Glenn Youngkin’s 2.20% in Virginia, which the Republican Governors Association publicly described as “healthy.”

“The Race is Over”

Murphy’s campaign manager Mollie Binotto points to the fact that while Democrat Terry McAuliffe offered his concession days ago, Ciattarelli is “refusing to concede and face reality. By failing to publicly acknowledge that he has lost the race, Assemblyman Ciattarelli is misleading his supporters into thinking he has a chance to prevail. But he does not.”

“The race is over,” said Binotto. “Ciattarelli is mathematically eliminated, and he must accept the results and concede the race. His continuing failure to do so is an assault on the integrity of our elections.”

But that is not the way the Ciattarelli campaign sees it. They claim that there is still a path to victory in making their case for a final count before any talk of the candidate making a formal concession to Murphy.

“At this time, we do not expect the provisional vote count to end with Jack Ciattarelli in the lead,” said Ciattarelli legal counsel Mark Sheridan. “However, that count may reduce the margin for Governor Murphy enough to warrant a full recount.”

The GOP campaign argued new election laws passed over the last few years they view as resulting in a “disjointed and excruciatingly slow vote counting process.”  They placed the number of uncounted provisional ballots at 70,000, 12,600 higher than the Murphy campaign.

“We understand that Governor Murphy and his team are embarrassed that in a state with 1 million more registered Democrats and where Joe Biden won by 16 points, they are leading by such a small margin,” said Chris Russell, Ciattarelli’s top strategist. “But the Murphy campaign’s attempt to spin their lackluster performance will have no impact on our decision.”

Sheridan added “Waiting an additional day or two for all votes to be counted should not be controversial. Let me be clear, no one on this team is alleging fraud or malfeasance, as we have not seen any credible evidence of that.”

What is clear is that Ciattarelli is prepared to ask for a recount. There is no threshold in New Jersey that triggers an automatic recount and experts say a statewide recount would probably begin with questions of irregularities in one precinct, town or county. The applicant would have to point to something that allegedly happened in one location that could have reasonably happened in other areas of the state.

The person or group who asks for the recount, with a deadline of Nov. 19 to file, has to pay the costs, unless the recount changes the outcome of the election. If that happens, any costs that were paid are refunded. Ciattarelli has sent out email’s asking for donations to help his campaign in the case of a recount.

“We will make the decision to pursue a recount based on all of the facts, which includes that this is the first time New Jersey is conducting an election under the new law, using new technology and vote counting procedures,” said Sheridan.