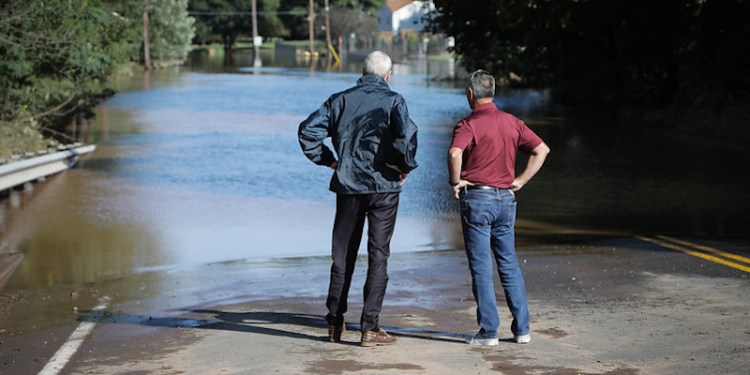 Ida is just one of the high-profile storms to cause widespread flooding damage in the Garden State. Sens. Bob Menendez and Cory Booker and Reps. Frank Pallone and Bill Pascrell, among others, introduced their legislation on the ninth anniversary of Superstorm Sandy wreaking havoc in New Jersey in 2012.

“I remember Sandy’s devastation like it was yesterday. Our neighbors saw their entire lives swept away in an instant,” said Pascrell who resides in Paterson and whose ninth Congressional district includes towns in Bergen and Passaic counties.

Likewise, Pallone said, Sandy “devastated New Jersey” nine years ago, “and my constituents still know all too well how important a flood insurance program is after major flooding events. After the storm, insurance companies outright refused to make good on their promises to policyholders and instead pointed to the fine print while denying families who had lost everything.”

The legislation would both reauthorize the NFIP for five years and overhaul the program to address what Menendez, Booker, Pallone and Pascrell described as waste, abuse, and mismanagement plaguing the system.

“The National Flood Insurance Program must be both affordable and fair – otherwise it just doesn’t work. This bill delivers a long-term flood insurance program reauthorization that improves the program based on the realities of major weather events like Sandy,” said Pallone, lead sponsor of the House legislation (H.R. 5802). “This legislation will go a long way to strengthen our flood insurance program so that homeowners in my district are protected from the devastating effects of future flooding.”

Approximately five million Americans depend on the National Flood Insurance Program, including 220,000 New Jerseyans, according to the lawmakers. The program collects $4 billion in annual premium revenue and fees, provides over $1.3 trillion in coverage, and is “the primary source of flood insurance coverage” for residential properties in the U.S., according to an October 2021 Congressional Research Service report.

Additionally, the lawmakers said their legislation would cap “Write Your Own compensation to ensure private insurance isn’t making hand-over-fist profits at the expense of program sustainability.”

Moreover, they said their legislation would establish “a significant number of policyholder protection and fairness provisions to ensure homeowners who faithfully paid their premiums are treated fairly during the claims process.”

Previously, flood risk was determined based on the property’s elevation level and whether it was located in the 100-year floodplain. The new Risk Rating 2.0 methodology weighs other factors, including flood frequency, distance from a water source, cost of rebuilding, and different types of flooding, according to the National Association of Insurance Commissioners.

Menendez, Booker, Pallone and Pascrell said the new system is expected to raise premiums on 80% of National Flood Insurance Program policyholders. Additionally, 900,000 policyholders are expected to drop their flood insurance because of the premium increases.

“The new Risk Rating program FEMA is unilaterally imposing will increase premiums for over 170,000 policy holders in New Jersey. Our bipartisan bill will make the program more affordable and fairer,” Pascrell said.

Additionally, Pascrell said the bill includes safeguards “to stop premiums from being jacked up” and “will help people prepare prior to a storm with accurate maps and flood prevention investments, it will strengthen the claims process so survivors get what they need to rebuild, and it will bring much-needed accountability to the Write Your Own program. We owe so much to our flooding victims and are working hard to see these reforms enacted this Congress.”

‘Stop Kicking the Can Down the Road’

Since the end of fiscal year 2017, Congress has enacted 17 short-term NFIP reauthorizations, according to the Congressional Research Service report. The program’s current authorization lapses on Dec. 3, 2021.

“It is time Congress stops kicking the can down the road with reauthorizations that do not address the systemic problems plaguing this program. With this legislation, we can make NFIP more sustainable, we can make flood insurance more affordable, and we can hold FEMA and its private contractors more accountable,” Menendez said.