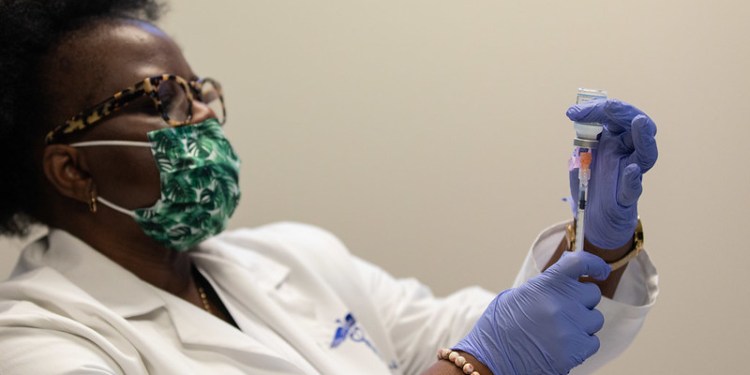 When it comes to getting the COVID-19 booster shot, Gov. Phil Murphy has a simple message: Don’t over analyze and just get the shot.

At their weekly COVID-19 press briefing, Murphy and health officials sought to demystify who is and isn’t eligible to receive the COVID-19 booster. While there has been a slow and steady uptick in residents getting the booster, only 24% of the four million in New Jersey that are eligible have received a third dose of Moderna or Pfizer or a second shot of Johnson & Johnson COVID-19 vaccine since September.

“If you are in doubt (if you’re eligible), just get the darn booster,” said Murphy.

New Jersey Department of Health Commissioner Judith Persichilli rattled off a long list of those eligible, which boiled down to three separate qualifications: six months out from the Moderna and Pfixer dose or two months out for the Johnson & Johnson offering; 65 years or older; and 18 years or older with preexisting conditions or being employed in a high risk setting.

But it was Murphy who went past hinting when he said New Jersey will soon move to a more simplified requirement like some other states in the U.S. have done: 18 years or older and the timing of your last shot.

“We are going to make (the messaging) more simple in the days ahead,” he stated.

In answering why the step has not been taken yet to allow anyone over 18 to be eligible, Murphy cited wanting to be in line with the Centers for Disease Control and Prevention guidance and then offered that  “there’s not much, I will speak for myself, that is preventing us from saying you know what, if you are six month out or two months out and over 18, go get’em. If you read between the lines, that is what I am saying today.”

State officials have stressed the urgency of getting the booster shot due to its waning efficacy after six months, colder weather moving more socializing indoors that increases the chances of spread and family gathering for the holiday season. In the last week, new cases were up 28% from the seven days previous.

“With Thanksgiving bearing down on us, getting as many people boosted before now and the holidays is really important,” said Murphy. “I hope that we make this more simple and straightforward with the holidays coming up.”

State officials reported boosters and third shots of 525,680 for Pfizer and 365,736 for Moderna. A total of 14,791 New Jerseyans have received their Johnson & Johnson booster shot. Overall, 806,207 have received a booster or third shot.

As for those that have passed, the state reported four confirmed deaths, bringing that total to 25,358. The state listed probable deaths at 2,819, bringing the overall total to 28,177. State officials noted eight deaths occurred in the last 24 hours of reporting that have not yet been lab confirmed.

The state reported 690 patients were hospitalized; by region, there were 243 in the North, 215 in the Central and 206 in the South. Of those hospitalized, 134 are in intensive care units and 63 on ventilators. A total of 84 patients were discharged in the last 24 hour reporting period.

In regards to cases related to in-school transmissions as of Nov. 10, the state has tracked 160 school outbreaks and 860 cases linked to those outbreaks since the 2021/2022 school year starting Aug. 7, up 12 outbreaks and 66 cases from the week previous. According to state officials, the cases account for 735 students and 125 teachers across 19 counties.

Health officials noted 123 long-term care facilities are currently reporting at least one case of COVID-19, accounting for a total of 1,204 of the cases, broken down between 657 residents and 547 staff.

The state’s official death total will now be reported as those that are lab confirmed, sits at 8,657 on Nov. 15. The facilities are reporting to the state 8,003 residents deaths and 145 staff deaths.