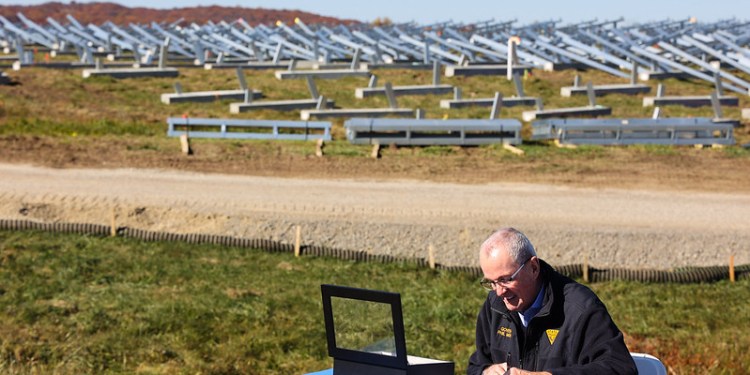 The Governor proclaimed the measure was needed to to protect residents, the economy, and the environment from the impacts of climate change.

“We must meet the devastating impacts of global warming and climate change, with bold intentional action,” said Murphy speaking at the Mount Olive Solar Field in Morris County. “By reducing greenhouse gas emissions and electrifying our transportation sector, we are taking the critical steps to solidify New Jersey’s clean energy future, while also improving air quality in our underserved communities.”

Executive Order No. 274 establishes a greenhouse gas reduction target of 50% below 2006 levels by 2030, with an additional target of 80% by 2050. New Jersey had established a goal of transitioning 75% of medium-duty vehicles within the state and 50% of heavy-duty vehicles to zero-emission power by 2050.

Murphy said that although the time for warning calls had long since passed, it was time to take action.

“While we can’t turn back the clock, we also can’t keep hitting snooze,” said the Governor. “Now is the time for bold action.”

The bill would leverage proceeds from the state’s participation in the Regional Greenhouse Gas Initiative (RGGI) to allocate a $13.7 million investment in electric buses and trucks to both reduce emission and improve air quality.

It also funds the purchase of three public works trucks in Pleasantville.

Murphy noted that the state had lost nearly $280 million by not participating in RGGI, which the Governor decided to rejoin in January 2018.

Beginning Dec. 1, 2021, businesses and organizations within the Greater Shore Area can apply for vouchers to offset the cost of purchasing new, zero-emission medium-duty vehicles.

For the purposes of the pilot expansion, the Greater Shore Area was defined as the overburdened communities within or intersected by a line set at a 10-mile distance from New Jersey’s eastern Atlantic shore, spanning approximately from Sandy Hook Bay to Delaware Bay.