Menendez Pledges to Fight for Immigration in Build Back Better Act 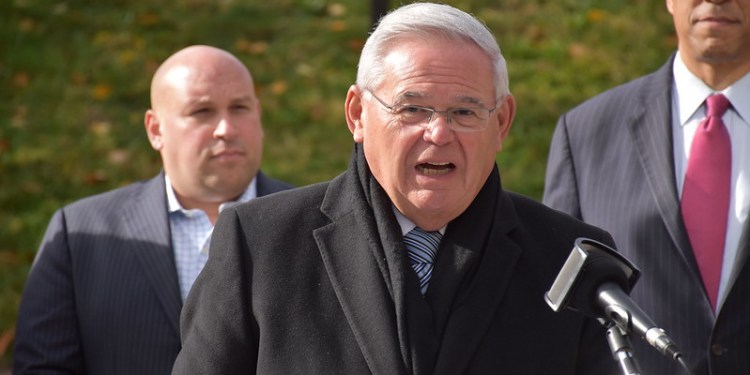 Sen. Bob Menendez is prepared to work to pass a version of the Build Back Better Act in the Senate.

“With the House passage of the Build Back Better Act, we are one step closer to delivering President (Joe) Biden’s agenda and paving the way for transformational change for generations to come,” said Menendez on the same day the House of Representatives passed their version of the bill. “This legislation will help hard working middle-class families by lowering their taxes and tackling the soaring costs of prescription drugs. “

The $1.2 trillion Build Back Better Act is the second of two budget bills hailed by Democrats as making needed investments to the U.S. physical and social infrastructures. The Build Back Better Act features expansions in healthcare, childcare, efforts to combat climate change and tax fairness, including the elimination of the deduction cap on state and local taxes (SALT)

Menendez proclaimed the bill as a “once in a generation investment in our children, expanding the Child Tax Credit and making affordable childcare accessible for millions of families in New Jersey and across the country.”

The North Jersey Senator additionally highlighted the bill’s efforts to combat the increasing housing crisis and tackle the threat of climate change.

Put in charge to lead the Senate’s efforts to tackle immigration by President Biden, Menendez offered the bill provides “long-overdue” legal protections for millions of undocumented immigrants that kept the country afloat during the pandemic and will work to include language that takes on immigration.

“The Senate will continue to fight for the broadest immigration relief possible. We cannot fully build back better without protecting the dignity of millions of people who are critical to our long-term economic recovery,” he said. “This is their home, and it is time for the Senate to help them fulfill their American dream.”

Negotiations in the Senate are expected to produce a different bill than the House’s version.

Republicans, who provided 19 votes on the Infrastructure Investment and Jobs Act, have been united in their opposition to the bill. This will necessitate lawmakers passing the budget by a reconciliation process which only requires all 50 Dem Senators to vote for the legislation and Vice President Kamala Harris casting a tie breaking vote.

But getting 50 votes is not assured as two Centrist Democratic Senators—Joe Manchin (D-WV) and Kyrsten Sinema (D-AZ)—have pushed back on the size of the bill as well as particular subjects in their negotiations with the White House and leadership in both the House and Senate.

“While we still have improvements to make to this bill and need to complete procedural steps in the Senate, I am confident the language of the House-passed Build Back Better Act puts us on the right path to achieve our shared goals,” remarked Menendez.

Among those improvements is the SALT deduction. In the House version, rather than capping the deduction at $10,000 a year, the new plan would increase it to $80,000 through 2030. It would then be reduced back to $10,000 for 2031, after which the cap would expire altogether.

Menendez, working with Sen. Bernie Sanders (I-VT), have floated the idea of increasing the cap only for households earning under a certain income

“I look forward to working with my colleagues in the Senate to pass this bill and deliver for the people of New Jersey…and every American who just wants a shot at a better life,” said Menendez.