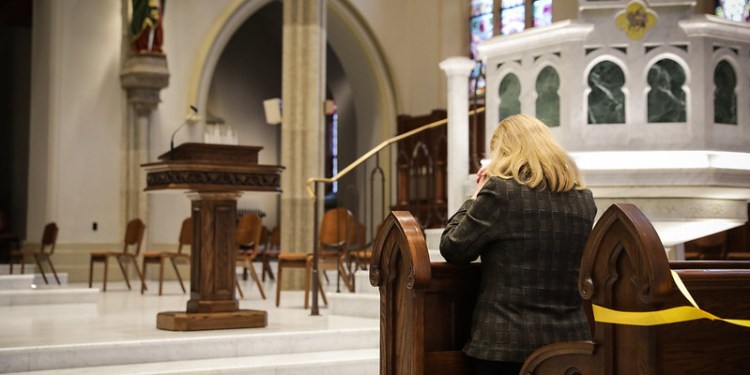 State officials dealing with the latest surge of new COVID-19 cases and other health metrics rising are hopeful hospitalizations will not reach the levels of last year.

Gov. Phil Murphy at a press briefing on Nov. 22 said that compared to November 2020, the state has more weapons at its disposal—specifically vaccines and monoclonal antibodies treatments—which is taking “some level of concern off” as the cold weather forces more events indoors and families gather for the holidays.

“We have the vaccines, which we did not have a year ago today. We now have boosters. We now have more people eligible for the vaccines,” said Murphy. “All of that should mean that even as it ebbs and flows and it goes up that it’s not going…to the levels that we’ve seen before.”

Two key indicators have begun to rise again significantly recently. The number of new COVID-19 cases are increasing after dipping in late October and early November. And the rate of transmission has exceeded 1.20 after being below 1.00 just two weeks ago.

But New Jersey Department of Health Commissioner Judith Persichilli pointed to vaccination levels in the state as well as residents understanding the protocols needed to limit the spread of the virus as hopeful signs the state will have a healthier Winter.

“I think the bigger difference this year is that we have many more people vaccinated,” said  Persichilli. “Remember we just started vaccinating on Dec. 15 (2020), so we saw a peak mid-January of almost 3,000 hospitalizations. Now, if we did nothing, that might happen again, but because of our high vaccination rate, we’re hoping that severe disease, hospitalizations will be moderate….That’s our hope.”

But the commissioner warned hospitalizations “could still reach 2,000 or more” at its projected peak in mid-January 2022.

Murphy was more optimistic in observing at this time last year before vaccines were being offered, New Jersey had three times as many people in the hospital and that the cases the state is currently reporting are all almost exclusively unvaccinated individuals.

“Vaccines still are very effective in terms of preventing hospitalizations and deaths,” said State Epidemiologist Dr. Christina Tan. “There’s a…benefit in terms of the mild and the moderate disease, particularly among our adult populations.”

Using her office as an example, Persichilli offered that health protocols—such as washing your hands frequently, socially distance, wearing a mask, staying home if you’re sick—are still as equally important as a vaccine.

“We have said that repeatedly and repeatedly and it works,” said the commissioner. “The team that I work with every day since March 4, 2020—we have been in the office every single day, and we have had no cases of in-office transmission. It’s remarkable because we have been working closely with one another, but we spread ourselves out.”

Murphy looked to drive home the point that state officials are right to keep working to inform the public of the seriousness of COVID-19 .

“I think I can say this with a high degree of conviction (that cases) are never going to go to zero,” said the Governor. “I do think we owe it to folks to give them a sense of the trends and the trends are, frankly, as we’ve been predicting for two months, it’s turning out exactly as we had said it would.”

State officials reported boosters and third shots of 631,623 for Pfizer and 503,241 for Moderna. A total of 22,035 New Jerseyans have received their Johnson & Johnson booster shot. Overall, 1,156,899 have received a booster or third shot.

As for those that have passed, the state reported 12 confirmed deaths, bringing that total to 25,484. The state listed probable deaths at 2,823, bringing the overall total to 28,307. State officials noted 10 deaths occurred in the last 24 hours of reporting that have not yet been lab confirmed.

The state reported 860 patients were hospitalized with 70 of the state’s 71 hospitals making their reports. By region, there were 303 in the North, 291 in the Central and 266 in the South. Of those hospitalized, 174 are in intensive care units and 77 on ventilators. A total of 119 patients were discharged in the last 24 hour reporting period.

In regards to cases related to in-school transmissions as of Nov. 24, the state has tracked 194 school outbreaks and 1,085 cases linked to those outbreaks since the 2021/2022 school year starting Aug. 7, up 15 outbreaks and 59 cases from the week previous.

Health officials noted 120 long-term care facilities are currently reporting at least one case of COVID-19, accounting for a total of 1,199 of the cases, broken down between 653 residents and 546 staff.

The state’s official death total will now be reported as those that are lab confirmed, sits at 8,687 on Nov. 24. The facilities are reporting to the state 8,016 residents deaths and 145 staff deaths.