Most people excited for the holiday, but some cohorts are conflicted 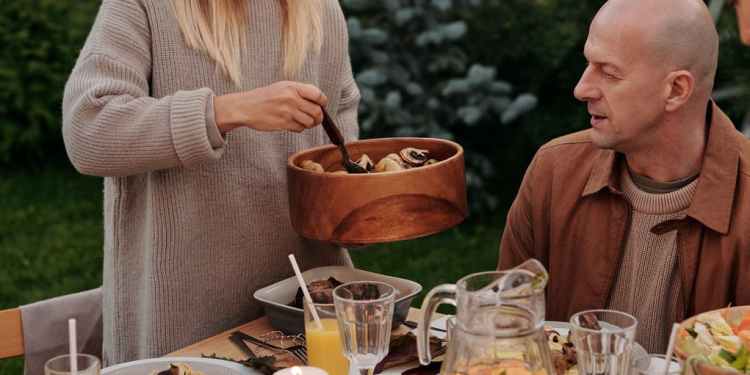 Photo by Askar Abayev on Pexels.com

While the fourth Thursday of November is a day of for giving thanks, some Americans are saying “no thanks” to conversations regarding COVID-19, the 2020 election, and more.

That’s according to a recent Fairleigh Dickinson University (FDU) Poll, which found that Democrats, younger people, and vegetarians were less eager to see their relatives for Thanksgiving in fear of arguments about politics and society.

Seventy nine percent of those responding to the nationwide poll say that they “look forward” to seeing relatives over the holidays, with 14% saying that they’re conflicted about it and 4%saying that they “dread” it, but there are wide differences between groups. Older people, conspiracy believers, and Trump supporters were the most eager to see their relatives for the holidays and reported an interest in talking and arguing about political and social issues.

“People who know that vaccines work, that the election wasn’t stolen, are not happy about events where they might have to deal with people who aren’t accepting reality,” said Dan Cassino, a professor of Government and Politics at Fairleigh Dickinson, and the executive director of the poll.

“The folks who hold false beliefs about COVID and the election want to see everyone, but they might not realize that not everyone wants to see them,” Cassino added

Forty-six percent of Americans “strongly” agreed that they enjoyed talking about social and political issues with their families, with 38% “somewhat” agreeing.

Interestingly, FDU found little difference between Democrats and Republicans in the “strongly” category, but there were big gaps based on personal beliefs.

As an example, FDU said 60% of Americans who strongly agree that COVID-19 vaccines are more dangerous than reported also strongly agreed with the statement that they like talking about social and political issues.

On the flip side, 44% of Americans who do not believe that the government was lying about vaccine dangers said they “strongly” agreed with talking about politics and social issues with their families.

People who think there was significant voter fraud in the 2020 election are more likely to say that they like talking about politics with family (56%) than those who say that there wasn’t any such fraud (44%), according to the polling outfit.

This same relationship holds for people’s estimations of their own levels of knowledge. Republicans are more likely than Democrats to agree with the statement, “I know more about political and social issues than most people” (65% versus 58%), as are people who “strongly agree” that there was significant voter fraud in 2020—75% to 65%.

“There’s a real connection between people’s beliefs, and how much they want to talk about them,” said Cassino. “People who hold fringe beliefs think they know more than everyone else, and like talking about them more than people who have conventional beliefs.”

But leading factors causing some people to dread the Thanksgiving feast beyond politics were age and vegetarianism. Twenty-seven percent of people under the age of 30 said they were conflicted or dreaded seeing the relatives, compared to 16% for those in the 45-to-64 age bracket and the 8% of those over the age of 65.

The group least likely to look forward to family dinner on Thanksgiving were those with vegetarian or vegan diets: 30% reported being conflicted about, or dreading, seeing relatives for the holiday.