Mandates should be considered by governments, private sector

by North-JerseyNews.com
in Opinion
0 0
23 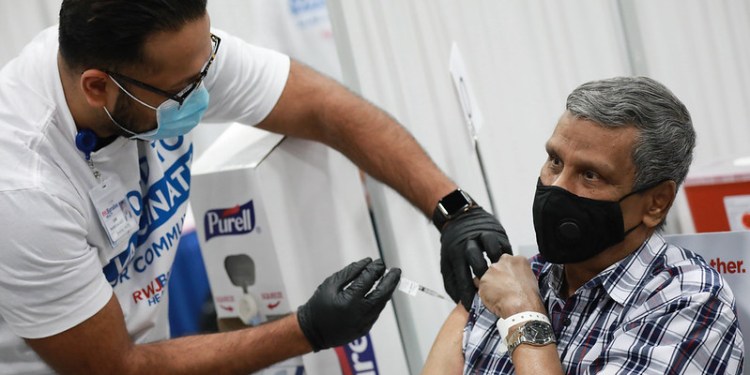 As we awoke on the day after Thanksgiving, we heard the news that a new strain of the coronavirus had emerged worrying politicians and doctors alike.

So much is unknown right now that we are not here to be in hysterics about what the virus is or isn’t. We think it was prudent to shut down travel from the areas suspected of having the Omicron variant spreading in the southern part of Africa.

But what we do know and what we want is for everyone to get fully vaccinated as well as get their booster shot. We think it is time for a broader push for mandates from both the private and public sector as well.

As New Jersey state officials warned earlier this Fall, cases are rising as the holiday season arrives and more events move inside. But hospilizations—which has always been the focus of health officials—are not close to the levels last year when three times as many as our families and friends were in the hospital because of this wretched virus.

The only real difference between now and then is that we have a vaccine program. The Pfizer, Moderna and Johnson & Johnson medicines do not completely stop the spread of the disease, but it makes cases much less severe. The numbers are clear in New Jersey: those that are unvaccinated are making up all but 1% of the hospitalizations and even more limited for those dying.

When the vaccine first came out, we understood if anyone was skeptical. We take medicines every day that can cause life threatening side effects and wanting to know more about what was being injected into our bodies was prudent. But with the advantages dwarfing the very few negatives in the last 11 months, we are puzzled by the strong but increasingly smaller minority who twist themselves in knots believing anyone else but the doctors and experts who are backing the vaccine and the results we have seen since it became available.

That is why we are calling for more mandates from both the government and private sector. It has worked—look how vaccine rates increased across the river for New York City when the city government put their requirements in place for their workers. And the predicted mass exodus of New Jersey for teachers and state workers never came to pass when the Garden State’s mandates were put in place.

For those who believe a testing option should suffice, we offer this financial stat that Gov. Phil Murphy offered the other day: it is costing New Jersey $12 million a month to test the state workforce that is not vaccinated.

We hear a lot about the freedoms and rights of those who are against the health protocols of vaccines and masks. It is time to start aggressively fighting more for those who actually live by the rules that an overwhelming majority of our nation adhere to because it is the right thing to do for their family, friends and neighbors.

We live in a society where requirements—laws—are expected to be followed to enjoy the freedoms that almost no other country in the world have.  It is time we include being vaccinated for a deadly virus that has killed 777,000 Americans in 21 months as a passport to participate in our society.

Nearly Half of Americans Question Soundness of U.S. Democracy