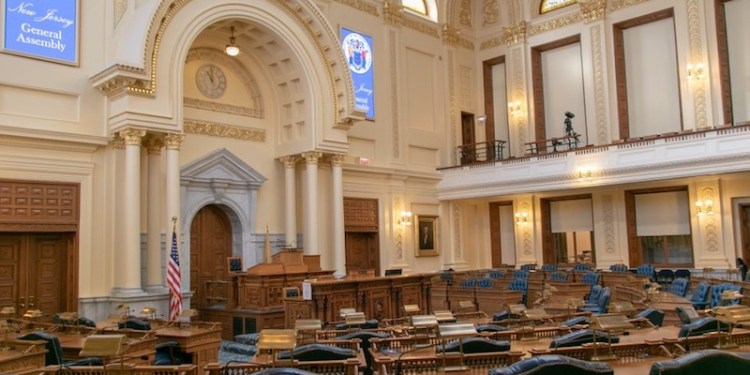 Republican lawmakers in Trenton are prepared to boycott an Assembly meeting this week due to COVID-19 requirements.

At issue is a mandate established Oct. 26 by ​​the State Capitol Joint Management Commission that voted 5-2 along party lines to require all persons who wish to enter the Legislative State House, State House Annex and/or Legislative Staff Building on committee days, voting sessions, quorum calls, and for any other meetings or gatherings be fully vaccinated ot subject to testing.

According to the New Jersey Globe, GOP legislators agreed in a virtual meeting on Nov. 24 that if  their colleagues are blocked from entering the statehouse, none of them would participate in the next voting session set for Dec. 2. There is reportedly a broad consensus within the Republican caucus to proceed as a block in opposition to the policy, with the hope that Assembly Speaker Craig Coughlin will back down.

Among the more vocal in arguing against a vaccine mandate are two North Jersey lawmakers who have raised objections to the workplace rules.

“I have no intention of complying with this unconstitutional statehouse policy,” said Assemblyman Brian Bergen (R-25). “To do so would give credence to the idea that mandates and discrimination based on vaccine status is ok, and it’s not ok.”

Besides their own attendance, GOP legislators have argued against the new rules as limiting opportunities for the public to voice their concerns on bills in front of the State Senate and Assembly.

“It’s a backward policy. It’s irrational and the citizens shouldn’t be penalized for it,” said Assemblyman Jay Webber (R-26). “Citizens should not have their rights curtailed based on vaccination status.”

The new protocols require that all those entering the buildings must show ID and proof of full vaccination or a negative COVID-19 PCR test conducted within the previous 72 hours. The policy would apply to elected lawmakers voting in person, all legislative staff members, reporters covering events, and anyone visiting the Statehouse, including those who want to speak at a hearing or protest a bill inside the building.

Besides vaccines and testing, the commission requires masks be worn by everyone in the State Capitol Complex in public areas. For Senate and Assembly galleries, capacity will be limited to 1/3 of the seats and every other chair in committee shall not be used.

At the time of the commission’s decision, GOP lawmakers objected on a number of fronts that it would disrupt the work of legislators and severely limit access to the capitol complex for the public.

The pushback from lawmakers additionally centered around their own work rules. With regards to legislative staff in the Senate Republican Office, the policy approved by the commission supersedes existing return-to-work policy, which is more flexible than those adopted by the Office of Legislative Services and the other partisan offices for their employees.

“By design, our policy provides staff a variety of choices to ensure a safe work environment, including options for vaccination, testing, and accommodations for those with natural immunity due to prior COVID-19 infection or other concerns (that others do not),” wrote State Senate Republicans in October.