Curriculum, board agendas are the focus of two proposed laws 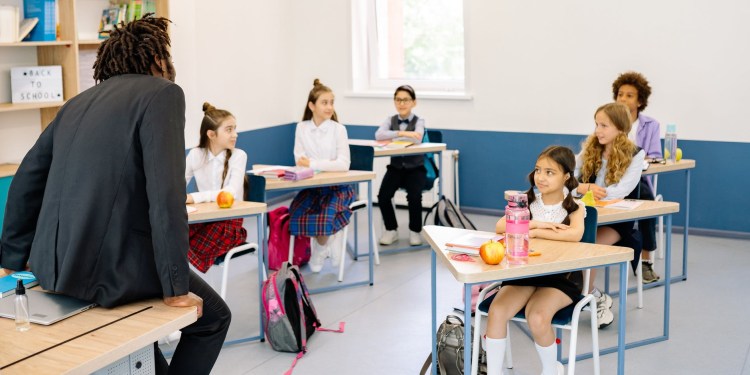 Photo by Yan Krukov on Pexels.com

State Sen. Joe Pennacchio (R-26) is not going to stop with a bill that bans critical race theory being taught in New Jersey when it comes to parental involvement in a school’s curriculum.

The GOP lawmaker is sponsoring two bills increasing transparency and making it easier for parents to keep up with what’s happening in their children’s classrooms. Pennacchio legislation is supporting parents who he says after closely observing their children through a year of remote learning and hearing about controversial issues reportedly being advanced by some school districts, are becoming more engaged than ever in the education process.

“Parents don’t want to be surprised when their child comes home and tells them what happened in school,” said the State Senator. “They don’t want decisions about education and curriculum being made in darkness and relative secrecy. They want to be part of the discussion, they want their voices heard, and they deserve no less.”

Pennacchio’s bills mandate boards of education to be more open about their meeting schedules and agendas, and requires public schools to make curriculum plans available to the public and allow the plans, textbooks and learning material to be inspected and reviewed by the parents and legal guardians of students.

Anger toward decisions made during the pandemic, such as mask mandates, were cited by voters Republicans in the most recent election. The legislation being proposed by Pennacchio appears to be attempting to harness that energy into laws backed by those voters.

“Board members and the schools work for the taxpayers and parents, not the other way around,” Pennacchio said. “Many New Jersey residents have grown dubious of the policies being forced on their kids and the motivations behind the policies. These bills will make it easier for parents to find out what’s going on and to get the answers they need.”

Under the legislation proposing increased transparency to lesson plans and textbooks used in schools, school districts must post curriculum plans for each course offered to students in every grade level at least 30 days prior to the beginning of the school year. The information for each learning unit would include student learning objectives and information about textbooks and other classroom material for the lesson.

“Parents want more say in what their youngsters are being taught,” said Pennacchio. “Unlocking the curriculum for parental review will help foster cooperation between teachers and families and could encourage more parents to be active participants in the education of their children.”

Additionally, districts would be required to make textbooks and course material available for review before they are incorporated into classroom instruction.

The clarity provided by the bill would prevent districts from inserting controversial topics like critical race theory into curriculums without public awareness. While raising the issue, no district in North Jersey has been cited as implementing studies using critical race theory.

At its roots, CRT is an academic examination by civil-rights scholars and activists focusing on the intersection of race and law in the United States. CRT examines social, cultural, and legal issues related to race and racism, arguing that racism and disparate racial outcomes are the result of complex, changing, and often subtle social and institutional dynamics, rather than explicit and intentional prejudices of individuals.

As the profile of CRT has risen in the last year, Republican lawmakers have introduced across the nation to ban it from being taught in the classroom. In the legislation being proposed in New Jersey, it would prohibit a school district from teaching CRT as part of a curriculum, course of instruction, or through supplemental instructional materials that promote concepts related to CRT.

The second legislative proposal would amend current law to mandate school boards to post full board meeting agendas on their websites 48 hours before the start of the meeting. The agenda must include a detailed description of each item on the docket.

“Increasing transparency will allow parents to follow the boards’ plans and give them enough time to come out to public meetings when something doesn’t sit just right,” said Pennacchio. “No longer will boards be able to enact policies when no one is looking.”