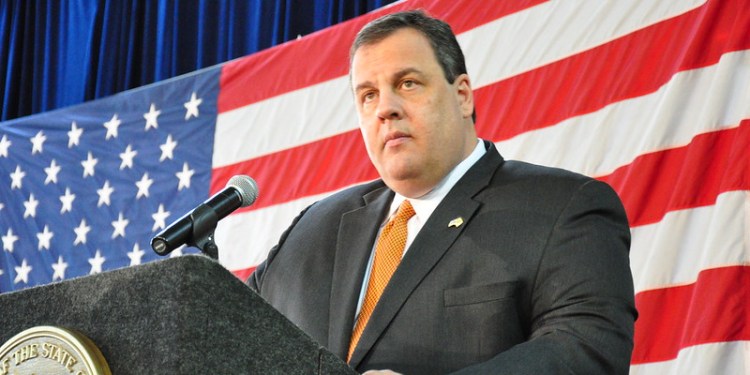 As the debate in the Congress over the state and local tax (SALT) cap pivots to the Senate, Republican former New Jersey Gov. Chris Christie says that raising the current $10,000 federal cap on state and local tax deductions primarily will help higher income taxpayers, not the middle-class.

“There’s an ideological inconsistency” among Democrats, said Christie the former two-term New Jersey governor on ABC “This Week.” Christie was responding to George Stephanopoulos who said it was interesting to hear Republican senators who voted for large tax cuts under President Donald Trump now criticizing tax cuts in the Democratic Build Back Better Act legislation.

Christie argued the cuts in the House-passed version of the bill would not benefit the targeted middle-income levels that Democrats claim, and in New Jersey mainly would help the affluent, putting the Democrats in the awkward position of having to defend a tax cut that mainly would benefit wealthier taxpayers.

“The Democrats are saying, you know, ‘We’re for the middle-class folks,’” Christie offered on the Nov. 28 show. “In New Jersey, the middle-class folks, despite our high property taxes—the highest in the country—they will not be the one who get the majority benefit from bringing the SALT tax back as a deduction. It will be the folks in the higher income brackets who pay higher state and local taxes in blue states who will benefit from it.”

Former President Trump’s 2017 tax cut legislation included language limiting to $10,000 the amount of state and local tax payments that taxpayers could deduct on their federal returns. Democrats saw it as a move by Republicans to punish Blue States like New Jersey, New York, and California, which have particularly high property taxes.

The U.S. House passed its version of President Biden’s Build Back Better Act (H.R. 5376) on Nov. 19—a measure containing climate and energy provisions, universal preschool, and child-care funding, among other Democratic priorities. The bill additionally would raise the SALT cap to $80,000 for tax years 2021 through 2030, before lowering the cap again to $10,000 for 2031, after which the cap would expire permanently.

The proposal has prompted criticism as mainly benefiting affluent taxpayers—both from progressive groups that typically align with Democrats on tax and social policy and from the more progressive wing of congressional Democrats.

Congressional Republicans as well have faulted Democrats for seeking to raise the cap and thereby giving a tax break that mainly helps higher income taxpayers.

Senate Democrats, including New Jersey Sen. Bob Menendez, are in talks to modify the SALT cap language. Menendez has pushed to limit SALT cap relief so that mainly middle-income taxpayers would benefit, but Senate Democrats are still debating the details.

“Under the current SALT cap, everybody who has the average property taxes in New Jersey can fully deduct them, so who you’re benefitting in New Jersey are the higher income folks,” the former governor said. “And that’s not the Democratic, you know, hymnal.…When you’re in politics and you’re speaking against brand, people kind of raise an eyebrow.”

“Lifting of the SALT cap is an against-the-Democrat-brand moment and the Republicans are going to seize on it,” Christie added.

The average property tax bill for New Jersey homeowners was slightly higher at $9,112, according to the data released earlier this year.

A closer look at North Jersey, though, shows that Bergen, Essex and Union Counties are among the six counties in the country with the highest median property tax payments, according to a September analysis by the Tax Foundation.

“We voted to finally fix the harmful State and Local Tax (SALT) deduction cap and cut taxes for middle class families. Since it was implemented in the 2017 Republican Tax Hike Bill, the cap has unfairly double taxed families across the country and worked to defund our states’ critical priorities. The bill we just passed in the House would effectively eliminate the impact of the SALT cap for virtually every family we represent, putting money back in the pockets of hardworking, middle-class families in New Jersey and New York,” they said.

White House Press Secretary Jen Psaki’s response to a reporter’s Nov. 18 query on the SALT cap demonstrated the difficult politics of the tax break for Democrats. Asked if President Biden was comfortable with the House provision, Psaki pointed out three times that Biden did not include the SALT language in his original proposal.

“It is a component that wasn’t initially proposed. This is a part of compromise. It’s not something that would add to the deficit as it’s proposed—as it is concluded in the package, and certainly we’re comfortable with it moving forward,” she said.

Asked if President Biden would support adding an income threshold to clarify who could benefit from the increased SALT deduction cap, Psaki declined “to parse different components that are being discussed” as the bill is finalized.

She added: “The President’s excitement about this is not about the SALT deduction; it’s about the other key components of the package, and that’s why we’re continuing to press for it to move forward.”