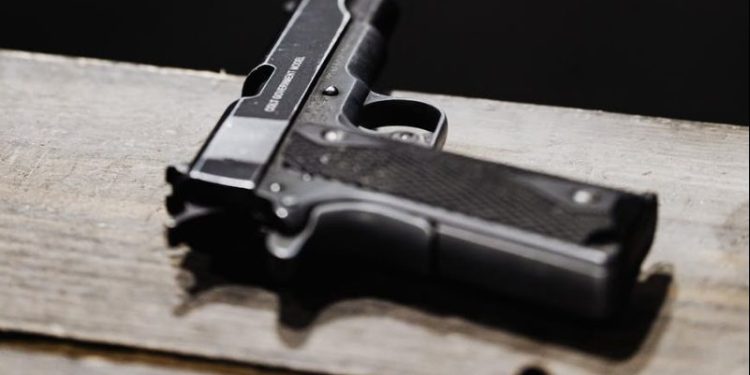 For the 28th this year, a school shooting was reported in the U.S. as a 15-year-old sophomore at a northern Michigan school shot 11 people, killing four of his fellow students and leaving others with critical injuries.

Of the 28 school shootings this year, 20 have occurred since Aug. 1. The Nov. 30 shooting in Oxford (MI) High School injured seven besides the four who died is the deadliest school shooting since the May 2018 shooting at Texas’ Santa Fe High School.

While New Jersey has some of the strongest gun laws in the nation, Assemblywoman Valerie Vainieri Huttle (D-37) is attempting to make them even stronger and hopefully prevent a mass shooting event at a Garden State school.

Vainieri Huttle has introduced legislation to prohibit retail dealers of firearms from being located near certain businesses and facilities, specifically from community centers and locations servicing vulnerable residents.

The Assemblywoman introduced the legislation upon learning that a firearms retailer had opened a store in close proximity to a school in Tenafly.

“When I learned a new gun shop had opened within just a couple blocks of a local elementary school, I was quite alarmed,” said Vainieri Huttle. “Having a firearms retailer so close to a place where our children go to learn and socialize throughout most of the week is absolutely unacceptable and poses a major threat to both students and the surrounding community.”

The bill would not permit the location of a firearms retail dealer within 1,000 feet of over a dozen different kinds of properties associated with religion, children’s services, education, alcoholic beverages, and more. Dealers could not be located in close proximity to the following sites:

“This legislation will implement important reforms so that gun shops will no longer be allowed anywhere near schools or other facilities where residents frequently congregate,” said Vainieri Huttle.

Tenafly Council President Lauren Dayton said she was thankful for Assemblywoman Vainieri Huttle’s “decisive action in proposing this commonsense legislation to protect the safety and welfare of our communities.”

“It is imperative that weapons of violence never be sold near schools, places of worship, or other community centers,” said Dayton, Vainieri Huttle’s running mate in this year’s Democratic primary for the 37th Legislative District. “The devastating rise in gun violence throughout our country shows just how critical this matter is, especially when it comes to protecting our most vulnerable residents – like the children in our local elementary school.”

The bill has been referred to the Assembly Law and Public Safety Committee for consideration.