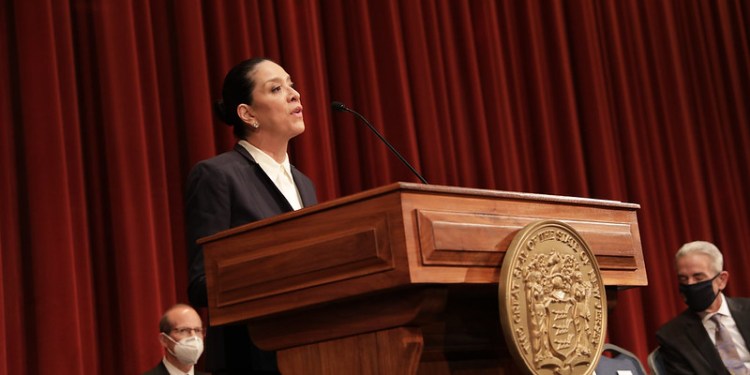 A U.S. Senate committee recently passed a bill to protect the personal information of judges in response to the shooting of a federal judge’s child last year in New Jersey.

Sens. Cory Booker and Bob Menendez, co-authors of the bill, applauded the Dec. 2 passage of the Daniel Anderl Judicial Security and Privacy Act of 2021 by the Senate Judiciary Committee. The bill, named for the son of U.S. District Court Judge Esther Salas who was murdered during the violent home invasion last year, would safeguard the personally identifiable information of federal judges and their immediate families that could leave them vulnerable to potential threats. The bill passed the committee without opposition and with broad bipartisan support.

In July 2020, a man posing as a delivery driver went to the home of Judge Salas and opened fire, critically wounding her husband, Mark Anderl, and killing their 20-year-old son, Daniel. The gunman had previously argued a case before Judge Salas and used publicly available information to target the judge and her family.

“My husband and I thank the Senate Judiciary Committee from our hearts,” Judge Salas said. “Daniel’s death showed tragically that threats against federal judges are real, and they have dire consequences. I urge Congress to follow the committee’s lead and ensure that judges can perform their duties without fear, for themselves or their families.”

“I am grateful that Senators of both parties came together today to support the Daniel Anderl Judicial Security and Privacy Act— urgently needed legislation that will help protect the privacy and safety of federal judges and their families,” said Booker, a member of the Senate Judiciary Committee. “No person who takes on the responsibility of serving as a federal judge should ever have to live in fear that they or their family could be targeted by someone who is able to access their personal information easily online.”

Since the attack, Judge Salas has made advocating for greater safety and privacy protections for federal judges a personal mission.

“Today, Mark and I saw the Judiciary Committee come together in agreement on the need for this bill, the need to protect our judiciary, the need to protect our democracy” said Judge Salas after the vote, her voice cracking at times. “I stand here in the name of Daniel, much work needs to be done…but we will make sure we can do everything in our power to avoid a tragedy like this happening again.”

The legislation establishes guidelines for federal agencies, state and local governments, and commercial data collectors to create safeguards to protect the personal information of active, senior, recalled, or retired federal judges and their immediate families by:

Additionally, the bill would also authorize funding for the AO and U.S. Marshals Service (USMS) to monitor and assess online threats, maintain records, investigate complaints, and address acts of aggression and violations. It would also allow the USMS to hire additional intelligence analysts, deputy U.S. Marshals, and other personnel to ensure the agency is able to anticipate and deter threats against federal judges.

“I made a personal commitment to Judge Salas that I would push for legislation to better protect those who serve on our federal judiciary…We are one step closer to fulfilling that promise with this important legislation passing the Senate Judiciary Committee,” said  Menendez, who recommended the judge to President Barack Obama for appointment to the federal bench.