Taxpayers making up to $150K now eligible for tax break 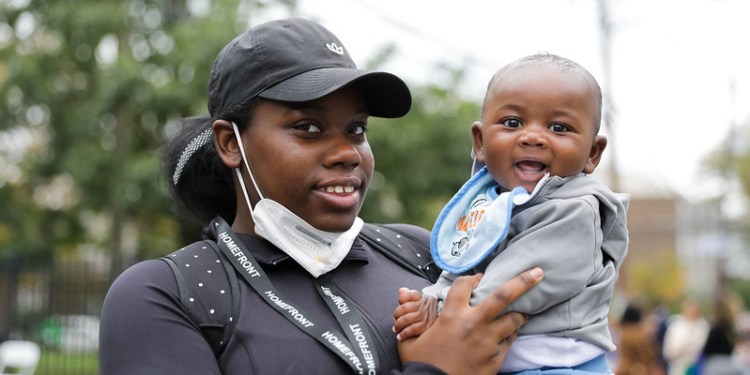 The credit previously had been available only to taxpayers with annual incomes of up to $60,000. The expanded credit is based on the federal credit, which the American Rescue Plan greatly expanded for tax year 2021. Democrats in the State Assembly estimate that the credit’s expansion will benefit an additional 80,000 New Jersey families.

Gov. Phil Murphy said working families recovering from the economic impact of COVID-19 will get a needed boost from New Jersey’s expanded credit, which New Jersey taxpayers can claim against their New Jersey Gross Income Tax to help cover the cost of care for children under 13 or adult dependents.

“The COVID-19 pandemic led many working parents—and working mothers in particular—to leave the workforce due to childcare challenges,” Murphy said in a press statement. “This legislation will help ensure affordable access to childcare, a critical part of getting hardworking New Jerseyans back into the workforce and reversing the ‘she-cession’ caused by the pandemic.”

New Jersey’s new law (S 4065, A 6071) additionally makes the child and dependent care tax credit refundable in 2021. Previously, the tax credit was nonrefundable and any credit that was greater than the taxpayer’s tax liability was unable to be claimed.

According to Democratic sponsors of the bill, low-income families have typically missed out on receiving their full credit because it has been non-refundable.  Isolated from the federal expansion in effect for the 2021 tax year, for those taxpayers making under $20,000 a year the changes will mean a $110 boost to the average credit, they said.

“Child and Dependent Care expenses are immense, and more families need help. By increasing the income limit, removing the current cap of $500, and making the credit refundable, we can ensure that more families in need of financial support will receive the proper tax credit,” said Swain and Timberlake in a joint statement.

Both the state Senate and Assembly passed the legislation unanimously.

Peter Chen, a senior policy analyst with the group, said the legislation will help working families who are grappling with the high price of childcare in the Garden State.

“Expanding the child and dependent care tax credit will put money back in the pockets of parents and caretakers who face staggering annual childcare costs, which are often as high as in-state college tuition,” Chen said.

Supporters of the bill noted the annual cost of center-based childcare in New Jersey, at an average cost of $15,600, is estimated to be higher than the average annual cost of public college tuition.

The New Jersey Business & Industry Association, a group representing employers, praised the legislation, saying it would improve access to childcare, “which will help the industry and an entire workforce that relies on childcare.”

NJBIA Director of Government Affairs Alexis Bailey said 19% of mothers of infants and toddlers in New Jersey left the workforce during the pandemic due to childcare issues.

Additionally, she said the tax credits will help childcare centers throughout the state.

“Many childcare businesses have closed their doors and others struggle to stay afloat,” Bailey said. “Tax credits that can be provided families to assist with childcare expenses will also help support these small businesses and enhance their ability to remain open.”