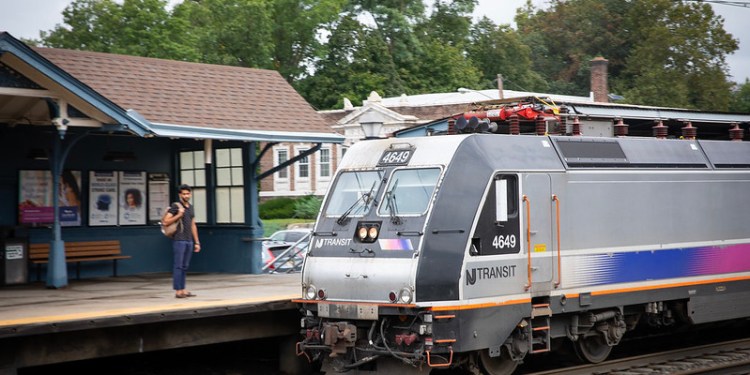 Senate Majority Leader Loretta Weinberg (D-37) has made railroads a top priority in her legislative efforts, and the Senate moved two of her bills forward in recent sessions.

The first bill would strengthen both accountability and transparency at NJ Transit in an effort to improve the quality of service for daily customers.

The New Jersey Transit Corporation would governed by a board of 13 members, with 11 voting members. They would include:

“NJ Transit is a critical and necessary institution whose service and mission stretch the breadth and length of our state…With this legislation we hope to begin to restore the reputation of what is a vital economic resource for our state, and a practical necessity of daily life for hundreds of thousands of New Jersey commuters,” she said.

Weinberg noted that the laws to increase transparency and accountability at NJ Transit where not exactly what she was looking for, but provided a foothold for future efforts.

“Let us remember that this is just a start. A good start, but only a start nonetheless,” said Weinberg.

The bipartisan bill was co-sponsored by Senate Minority Leader Tom Kean, Jr., who noted that in the most densely populated state in the nation, “the proficient operation of the mass transit system is crucial.”

Kean highlighted that the Legislature’s multi-year restructuring of NJ Transit is necessary to help deliver the level of service  commuters are demanding. He believes the legislation will insure that taxpayer money and commuter fares will be invested more responsibly.

“NJ Transit has an extensive record of inefficiency and incompetency, ranging from the inability to run the buses and trains on time, to questionable hiring and management practices, staffing and scheduling problems, and lengthy delays implementing mandated safety control systems on trains,” Kean continued. “This measure will help get things back on the right track.”

As for the other being being pushed by Weinberg, the retiring Bergen County lawmaker noted “high-hazard trains,” which often carried highly flammable Bakken crude oil, were increasingly traveling through New Jersey.

“We might not be able to curtail the number of trains carrying crude oil through our state, but this legislation will require operators of these trains to be responsible corporate citizens, and to put a plan in place to deal with any unintended discharge of these environmentally hazardous substances into our communities,” she said.