Bipartisan proposal would strengthen the penalties for those who attack bus drivers, train conductors 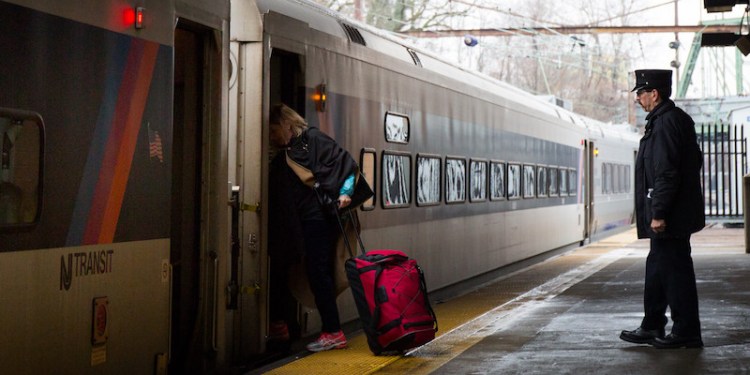 An Assembly committee passed a bill Dec. 9 to toughen the penalties for those who attack NJ Transit (NJT) employees.

The bipartisan Motorbus and Passenger Rail Service Employee Violence Prevent Act upgrades the penalty for any assault against a bus operator or passenger train employee to a third-degree crime. Currently, incidents are considered crimes of the fourth-degree unless the victim suffers bodily injury.

“Since the pandemic, mass transit employees have put their lives on the line while being asked to do more than ever before. We need to do a better job of protecting our front-line mass transit workers while sending a strong message to passengers that assaults will be punished to the fullest extent of the law,” said Assemblyman Hal Wirths, the Republican co-sponsor of the bill with his 24th District colleague Parker Spence. “Upgrading fines and implementing additional safety measures will go a long way toward ensuring a smoother ride for employees and law-abiding passengers alike.”

The proposed law (A6103) comes after an uptick in transit violence and arrests of rail passengers for physically assaulting and threatening conductors. Lawmakers cited in the span of just one week, two NJT customers were arrested last year in separate incidents involving an attack on a train conductor. Another man was caught on video this summer using racial slurs and curse words against an NJT conductor before assaulting him after he was asked to put a face mask on.

Democratic co-sponsors noted these are just some of the dozens of attacks against these employees each year.

“Transportation workers are far too often subjected to vicious attacks by irate passengers for simply doing their jobs,” said Assemblyman Daniel Benson (D-14). “This legislation will work towards preventing that violence while making it clear these attacks are unacceptable. Our bus and rail employees must be protected as they fulfill their critical duties on behalf of the hundreds of thousands of commuters in our state.”

The bill authorizes NJ Transit, motorbus companies and passenger train service providers to ban riders for up to one year for all assaults. If a deadly weapon is used, the rider may be banned for life. The agency and the companies are also required to coordinate with law enforcement and transit police to help protect bus operators and rail employees on potentially problematic routes.

Additionally, buses and trains would be equipped with a communication system that alerts law enforcement when an operator or employee is in distress.

“It is unacceptable that so many of these employees fear for their safety due to the frequency of violent attacks, which have only been exacerbated by the COVID-19 pandemic,” said Assemblywoman Yvonne Lopez (D-19). “We must put safeguards in place to enable a safer working environment going forward.”

In addition to establishing a program to support employees who have been the victim of an assault, the measure would also require operators to periodically provide them with anti-violence training that includes de-escalation techniques. SMART, the International Association of Sheet Metal, Air, Rail and Transportation Workers, representing about 125,000 active and retired railroad, bus and mass transit workers in the U.S., is backing the measures being offered in the bill.

“The safety and security of both transit workers and the riding public is crucial. This bill sets a foundation with training, the sharing of information, a functional radio for communication, and it also allows transportation companies and NJT to address this issue in a new light,” said SMART Transportation Division New Jersey State Legislative Director Ron Sabol.

The bill in the State Senate, co-sponsored by Sen. Steve Oroho, passed the Transportation Committee in that legislative body. The legislation now goes from the Assembly Transportation and Independent Authorities Committee to the Speaker for further consideration.