More Believers for the War On Christmas 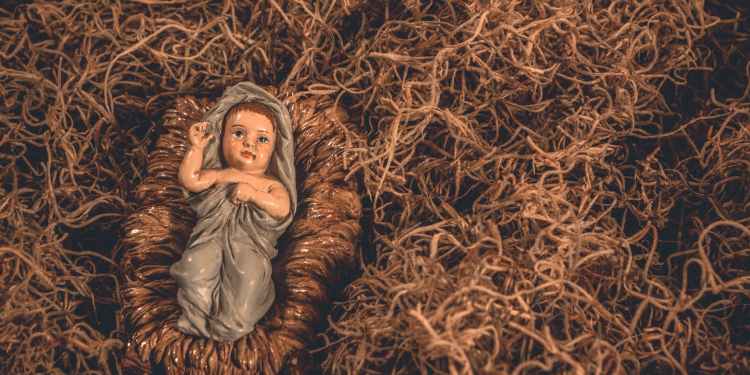 Photo by Jeswin Thomas on Pexels.com

While it may seem like it, the fire that destroyed America’s Christmas Tree outside the FOX News studio did not reignite the battle to defeat the “War on Christmas.”

Because, according to a national survey from Fairleigh Dickinson University, it was already brewing.

The New Jersey polling outfit found more Americans believe that there is a “War on Christmas” this holiday season than in years past even before a Christmas tree was set afire by a New York City homeless man outside the cable station’s television studio. Nearly 4 in 10 (37%) Americans believe politicians are trying to remove the religious elements of the Holiday season, up from 29% in 2013. According to pollsters, this increase is driven by Republicans, Trump supporters, and Hispanic Americans.

At the same time, the percent of Americans who “strongly disagree” that there is a war on Christmas has declined from a majority of 54% that same year to 37% today.

“The ‘War on Christmas’ narrative is appealing because it lets Christians lay a claim to victimhood,” said Dan Cassino, a professor of Government and Politics at Fairleigh Dickinson, and the executive director of the poll. “If you’re part of a group that’s been dominant for hundreds of years, movements towards equality tend to feel like discrimination.”

Since the FDU Poll first measured the issue in 2013, belief in the War on Christmas has grown significantly. Today, 37% of Americans agree that there has “been a concerted effort on the part of some politicians to take ‘Christ’ out of ‘Christmas,’ up from 29% in 2013.

The biggest driver of this change has been increasing support for the idea among Republicans, and especially among Trump supporters. Belief among Democrats and independents has not changed significantly in the last eight years, but today 66% of Republicans agree with the War on Christmas idea, up from 40% eight years ago.

The modern American belief in a “war on Christmas” goes back to a 2005 book by a Fox News contributor, and a segment on Bill O’Reilly’s program discussing that book. It was picked up and repeated many times that year, and in subsequent years, on Fox News programs, and spread through online conservative channels.

Evangelical or “born again” Christians (54%) are more likely to believe in a war on Christmas than those who don’t hold those religious views (29%). But FDU officials said the best predictor of belief in the war on Christmas is vote choice in the 2020 U.S. Presidential election.

Seventy one percent of those who say that they voted for Trump in 2020 agree that there is a “War on Christmas,” compared to just 14% of Biden supporters. A majority of Trump supporters (51%) “strongly” agree with the sentiment.

“Trump made this claim a centerpiece of his Presidential campaigns and in the speeches he gave at rallies,” said Cassino. “His embrace of the war on Christmas narrative has made it an article of faith for his supporters.”

The largest growth is a key political demographic in the U.S.—Hispanic and Latino Americans. In the 2013 poll, just 9% of Hispanics said that they agreed with the War on Christmas statement, and only 1% said that they agreed “strongly.” For those responding to the survey conducted between Nov. 9 and 16 this year, 39% of Hispanics think there is a War on Christmas, and a quarter “strongly agree” with the statement.

Older Americans are also much more likely to believe in the War on Christmas than they were in the past. Belief among Americans under 45 has stayed stable over the past eight years (24% agreement among 18- to 29-year-olds, and 35% among 30-44 in both surveys), but belief among older cohorts has shot up.

“The war on Christmas is a central example of how divided our culture has become,” said Cassino. “Republicans and Democrats are living in two different worlds, seeing different threats, so it’s no surprise they have trouble agreeing on just about anything.”