First announced results from vaccine or testing mandate that went into effect Oct. 18 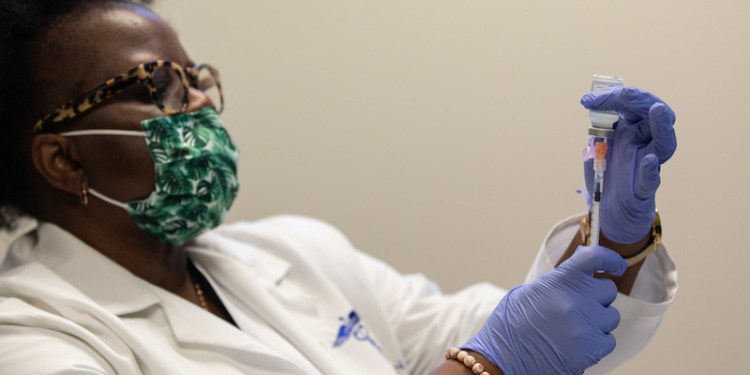 Nearly two months after its implementation, New Jersey announced that 70% of all state employees are fully vaccinated.

Gov. Phil Murphy at his weekly COVID briefing Dec. 13 said the results were as of Dec. 7 from across the 50 state departments, agencies, authorities, and commissions the vaccination or testing policy applied to.

“We undertook a phased in return to work across state government, so some offices are just ramping up their reporting now, and we continue to work with them to refine their reported data,” said Murphy. “Yes, it’s a good start, but it’s going to get better. It needs to get better.”

“The results are a starting place, not where we will end up.”

The mandate for state workers went into effect Oct. 18, the same day as school staffers, as employees face the choice of being fully vaccinated or face testing of up to twice a week. The state worker requirement is for all state employees, including those at state agencies, authorities, and public colleges and universities. The school requirement applied to all preschool through 12th grade employees at public, private, and parochial schools, including charter and renaissance schools.

The first mandate was for all workers in New Jersey hospitals, long-term care centers, prisons, and a number of other state and private healthcare facilities and high-risk congregate settings on Sept. 7. The fourth and final one went into effect Nov. 1 for childcare workers.

Murphy explained that 43 agencies or departments of the 50 reporting have reported full vaccination rates at or above 75%, which he said roughly matches the overall statewide vaccination rate.

“We know there are a significant number of public employees who have received their first vaccine doses and others who remain unvaccinated are submitting to regular testing as required,” said the governor. “We’re also working closely with agencies and unions whose numbers are below this average in ways to get more of their employees vaccinated.”

State officials said that those in non-compliance will face disciplinary actions.

“Any state employees who refuse to comply with the state’s vaccination or testing policy are subject to progressive discipline up to suspension without pay and potentially termination if they chronically refuse to comply,” said Chief Counsel Parimal Garg. “I don’t want to get into the specifics of every single disciplinary instance but agencies have a range of options in order to induce compliance, but there are consequences.”

Murphy added “It depends on where you work, what union you’re a part of…there are potentially different answers to that.”

The governor reiterated that the mandate was about ensuring a safe workplace for everyone so they can provide governmental services to New Jersey residents.

“Just as we know our state employees are focused on providing the best services to our residents, we need them just as focused on protecting the health of their colleagues and the people they serve,” he stated.

As for those that have passed, the state reported 24 confirmed deaths, bringing that total to 25,778. The state listed probable deaths at 2,835, bringing the overall total to 28,613. State officials noted 15 deaths occurred in the last 24 hours of reporting that have not yet been lab confirmed.

The state reported 1,698 patients were hospitalized as all of the state’s 71 hospitals reported. By region, there were 656 in the North, 561 in the Central and 481 in the South. Of those hospitalized, 330 are in intensive care units and 148 on ventilators. A total of 147 patients were discharged in the last 24 hour reporting period.

In regards to cases related to in-school transmissions as of Dec. 8, the state has tracked 248 school outbreaks and 1,345 cases linked to those outbreaks since the 2021/2022 school year starting Aug. 7, up 31 outbreaks and 173 cases from the week previous.

Health officials noted 166 long-term care facilities are currently reporting at least one case of COVID-19, accounting for a total of 1,365 of the cases, broken down between 678 residents and 687 staff.

The state’s official death total will now be reported as those that are lab confirmed, sits at 8,735 on Dec. 14. The facilities are reporting to the state 8,035 residents deaths and 145 staff deaths.