Malinowski Ready to Run on A Record of Accomplishment 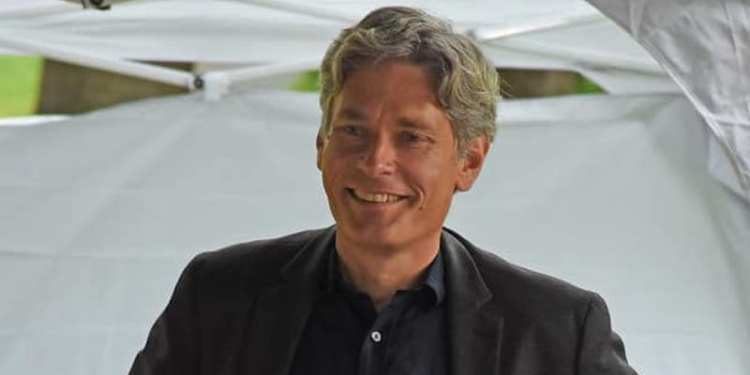 Rep. Tom Malinowski was happy to recount an in-person Town Hall he held last Saturday that drew both Republicans and Democrats wanting to know how they would benefit from the Build Back Better (BBB) Act that was passed in the House.

“The more Republican leaning voters have critical questions about the BBB that based on hearing it did things like Mediacer 4 All, for example, or that it was a lot more expensive than it is,” said Malinowski in an exclusive interview with North-JerseyNews.com. “When you talk about the actual substance of the bill—Medicare negotiations for prescription drugs prices, keeping childcare costs under control for working families, paying for it by ensuring that big corporations like Amazon actually pay some taxes for the infrastructure they are using—nobody disagrees with any of that.”

“I had Republicans (attend), which is what I prefer as I love people who come that are skeptical,” stated the Congressman. “When we talk about the substance of the bill, they are happy.”

Elected in 2018, Malinowski knows that he faces maybe the toughest race of any House member in 2022. Republicans have targeted his seat as a key to winning back the majority in the lower chamber. It is expected he will face a rematch with State Sen. Tom Kean Jr., whom he narrowly beat in 2020.

But the 7th Congressional District representative plans to drive home a message that between the Bipartisan Infrastructure Bill and the Build Back Better Act, Democrats are delivering on their promises to make the lives better for every single middle class resident of Northern New Jersey.

“On the infrastructure, it means faster and safer commutes, it means more investment in flood control so that we do not get four feet of water in our basements when storsm like Ida hit us,” said Malinowski. “It means a more reliable electrical grid, with fewer power outages and lots of incentives to help us to transition to electric cars and to homes that consume less energy.”

“And when you throw in the BBB, we got affordable childcare, we get our SALT deduction back as I promised in 2018 along with (Reps. Josh Gottheimer and Mikie Sherrill), it means more affordable health insurance with no one paying more than 8.5% of their income for coverage,” he continued. “It means less expensive prescription drugs for our seniors with no one spending more than $2,000 a year out of pocket.”

“We moved this country from insurrection to infrastructure in less than a year and that’s a good record to run on.”

Malinowski was eager to compare that with the record of former President Donald Trump and Republicans when they ran Congress.

“When you put those things together, it occurs to me, in 2016 when he talked about issues, Donald Trump made a couple of big promises about infrastructure and letting Medicare negotiate down the price of prescription drugs,” said the North Jersey lawmaker. “He didn’t get either of those things done, we just did.”

But the two-term congressman understands that the legislative accomplishments just raise expectations when politicians are asked to address the disruptions that are affecting his constituents. And what he is hearing most is about what can be done about fixing the supply chain issues that are driving up costs on everyday items.

On to the Next One

“(Voters) rightly demand beside passing infrastructure and BBB that we tackle the new disruptions in the economy that are creating inflation and all the supply chain headaches we are experiencing,” said Malinowski. “I would be the first to acknowledge that these two bills would help—infrastructure helps by investing in our ports for example, and BBB makes a lot of important things more affordable. But we do need to take additional steps fast to address our supply chain problems. Voters absolutely raised that with me and rightly so.”

The Somerset County resident was pleased with actions that the Biden Administration has put forth so far, including attempts to reduce the backlog at West Coast ports and the release of oil from the strategic reserve to reduce the price of gas at the pump.

“We have already seen significant improvement in the California ports,” he said. “(Releasing) oil from the strategic reserve…I thought was the right thing to do as a temporary stopgap to start getting the price of gas down.”

But long term, Malinowski is pushing for investment in domestic manufacturing, particularly for things that are critical to U.S. national and economic security such as semiconductors.

“I have a bipartisan bill that we are hopefully moving as part of the big China Competition bill in the next couple of months that creates an office backed by the Department of Commerce,” he said. “It would make available $40 billion in grants, loans and loan guarantees to American manufacturers to bring those supply chains home.”

Tackling the new problems in the economy in the midst of a pandemic is what Malinowski believes must be the focus for Democrats as they head into the midterm election next year.

“The message from voters that I am hearing is that it’s great we kept all of our promises from 2018 and 2020 but it is not enough,” he said. “My hope is that voters will trust the people who kept their promises to keep the next set of promises.”

He then offered a contrasting view of what is being offered by members of the GOP who he characterized as a “party that has no policy agenda, no solutions other than when some guy in Mar-a-Lago is tweeting everyday. At least Democrats are talking about practical ways to solve these problems.”

A former State Department official during the Obama Administration, he believes the Biden Administration needs to focus more on fighting the pandemic globally and has lead an effort in the House to allocate money to help get the vaccine to other parts of the world.

“One reason for our supply chain problems is that we have had factories shut down in many parts of the world in the last couple of months because of COVID outbreaks because people are not vaccinated,” said Malinowski. “I am critical of the Biden Administration for moving too slowly to get vaccines to countries where the need exists.”

The Congressman is of the opinion this investment is needed for if the coronavirus is still spreading in any other part of the world, it remains a threat to the U.S.

“If the virus is spreading uncontrolled in Africa or Asia or Latin America, there will be new variants that will come back and hurt us. And that is now potentially happening with Omertron,” he said.

Malinowski observed that while the economic crash caused by the pandemic is the first in American history in which people emerged with more money in their bank accounts than they had at the start, he knows there is still frustration among the American public.

“People are spending that money and for better or worse they are spending more than ever before online ordering things,” he said. “That has been a tremendous practical strain on the manufacturing and delivery system which we have to fix.”

“What I hear is that I am glad that you finally got infrastructure done, we are happy we are gonna have the Gateway Tunnel, we are about to get our SALT deductions back when BBB passes but we need to tackle these new economic challenges. My message back is I hear you and I hope you will trust the people who kept the last set of promises to meet the new challenges we are facing.”

When the subject turned to masks and the COVID-19 vaccine, the Congressman commented members of both parties deserve blame for the fatigue that Americans are currently feeling.

“Democrats, while rightly focusing on public health, have not been sensitive enough when it comes to daily frustration that people have been facing for almost two years when it comes to what their kids are experiencing in school, the constant closures and cancellations, the confusing rules about masks, the daily aggravation that seems to have no end,” said  Malinowski. “That’s the message I am getting. And I think we have to have a conversation about where we take this.”

But he was more dismayed about the “politized resistance to vaccines in this country for the first time in my lifetime” lead by Republicans.

“We could use a dose of personal freedom mixed with personal responsibility,” he stated. “People are saying that they want the freedom to not want to be vaccinated but they also want the government to prohibit insurance companies from charging them more if they choose not to get vaccinated. One of these things has to give in my view.”

As a result, Malinowski said it now raises a question in his mind whether the government can solve this solely through mandates due to not being unable to persuade the unpersuadable.

“(Republicans) have spent way more time talking about how we shouldn’t get vaccinated than why people should get vaccinated—in the face of a pandemic that has killed 800,000 Americans, 1 in 100 Seniors in this country, that is unforgivable,” he said. “I am angry at the people responsible for it.”

But Malinowski realizes all these issues will be on the back burner come November 2022. What will undoubtedly be front and center is the issues of stock trades that he has made in office. A report from the Office of Congressional Ethics (OCE) on Oct. 21 confirmed Malinowski “knowingly failed” to enter reportable Periodic Transaction Reports (PTR) transactions into the online reporting system in accordance with STOCK Act deadlines.

According to the board’s report, Malinowski has been cooperative and admitted to failures in filing disclosure forms. Additionally, he has placed his holdings in an Ethics Committee approved qualified blind trust.

When the subject was raised, Malinowski was more than willing to engage about his financial dealings as well as those of State Sen. Kean.

What About Kean’s Financials?

“I am actually going to take questions from voters unlike my opponent (and) I will say that I screwed up in filing some of my reports late, I owned up to it, and paid a late fee,” said Malinowski. “I also went way above and beyond what the law requires by setting up a completely blind trust for savings that I have invested.”