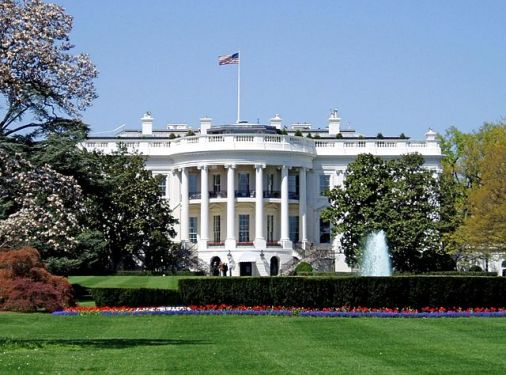 Members of New Jersey’s congressional delegation are among the Democratic lawmakers behind a comprehensive reform package aimed at reining in Presidential abuses of power.

Passed in nearly party-line vote of 220-208 on Dec. 10 by the U.S. House of Representatives, the Protecting Our Democracy Act seeks to ensure a more transparent and accountable government by reinforcing the checks and balance system between the branches and protecting the nation’s electoral process.

The measure, which has support from the White House, looks to strengthen guardrails that were tested by former President Donald Trump, according to backers of the bill.

In a statement, Democratic Rep. Donald M. Payne, Jr. (NJ-10) called the bill “a response to the actions of former President Trump, whose actions as president exposed potential weaknesses in the American political system.”

“President Trump used and abused the powers of his office to enrich his family business interests, protect his loyalists from Congressional oversight and legal penalties and encourage foreign interference in American elections,” Payne said, adding, “No president has shown a greater disregard for the Constitution or the safety and welfare of the American people than former President Trump.”

Additionally, the bill would protect federal whistleblowers, enforce a more independent U.S. Department of Justice to ensure equal protections under the law and prevent future elections from foreign interference.

It also includes an amendment co-written by Democratic Rep. Bill Pascrell, Jr. (NJ-9) that increases penalties under the Hatch Act, a 1939 law that says federal employees cannot engage in campaigning while on the job.

‘We Must Protect Our Democracy’

Pascrell said, “Our government is not a piggy bank to be pilfered and pillaged by public servants. Trump appointees abused public offices to line their pockets and corruptly retain power. The crime spree by Trump and his stooges is the worst corruption ever in our government.”

During the Trump administration, Pascrell was a leading member of Congress highlighting Hatch Act violations by Kellyanne Conway, Trump family members and other officials.

He also said, “You fix a leaky roof in the sun. Not in a storm. With dark clouds ahead, we must protect our democracy.”

Originally introduced in September 2020, the bill was reintroduced this past Fall and mirrors changes that were made following the Nixon presidency, according to the measure’s sponsor,  Rep. Adam Schiff (D-CA).

“Just as after Watergate Congress worked to enact reforms, so we must now examine the cracks in the Democratic foundation and address them,” he said.

Democratic Rep. Tom Malinowski (NJ-7), one of the legislation’s original co-sponsors, said, “A central lesson of the Trump years is that we can’t take for granted that presidents will always respect the democratic norms and traditions if they are not codified in law.”

“No president, Republican or Democrat, should ever again be able to ignore Congressional subpoenas or accept money from foreign governments or use the Justice Department to punish political enemies or sell pardons for political favors,” Malinowski said.

Changes ‘Have Been Needed For Years’

The measure has been supported by several public policy organizations, including the Brennan Center for Justice at NYU Law.

“These reforms have been needed for years, with administrations of both parties sometimes stepping over the line without being held accountable. But the Trump administration exploited the gaps in the law to turn the executive branch’s ethics and rule of law problems into a full-blown crisis,” Wendy Weiser, vice president of Democracy at the Brennan Center for Justice, said.

The Project On Government Oversight (POGO) applauded the House vote, calling it “a crucial step” in “the fight against government corruption.”

“The American people do not trust that their government is working in their best interest, and the Protecting Our Democracy Act is a tangible first step to rebuild that trust,” Liz Hempowicz, director of public policy at the Project On Government Oversight, said.

Its passage comes as Trump continues to refuse to cooperate with the bipartisan investigation into the Jan. 6, 2021 riot at the U.S. Capitol. House Republicans have opposed the bill, calling it another attempt to attack the former president.

The legislation now faces an uncertain future in the Senate, where 60 votes are required for passage.