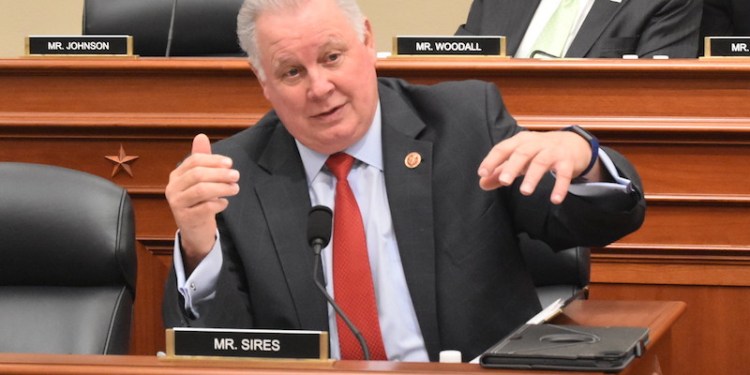 Editor’s Note: This story was updated after Rep. Albio Sires confirmed he will not seek re-election

North Jersey will have at least one new member in the House delegation in 2023. And at least one Democrat name will be a familiar one to those in that district.

Rep. Albio Sires (D-2) will not seek re-election in 2022 and Robert J. Menendez, the son of the U.S. Senator, is emerging as the frontrunner to succeed him.

The 70-year-old Sires has served in the U.S. House of Representatives since 2006, when he won a special election after Bob Menendez left to serve in the Senate.

Sires said that he’s retiring because of his age and the fact that things are “not going to get any better in Washington” and plans to fully retire rather than embark on a related career like lobbying.

Sires hasn’t officially made an announcement yet, but he confirmed to The Jersey Journal that he plans to announce by the end of January he will not seek to be the Democratic nominee in 2022.

Rep. Bill Pascrell released a statement that called Sires “a giant in every sense of the word. For the last 16 years, I have had no better partner in Washington and North Jersey fighting for our neighbors…He’s my buddy and I’m going to miss him greatly. ”

The 9th district Congressman recounted Sires battling Amtrak for North Jersey commuters, a leader when it came to immigrants and human rights issues and always fighting to make sure the Garden State getting “its rightful share of the pie we are so often denied.”

“When we visited the terrible ICE facility in his district on Father’s Day, Albio was literally banging on the doors to get us in and get accountability for the men inside,” said Pascrell. “There is nobody you’d want in a foxhole more than Albio. Our entire delegation will miss his leadership dearly. We have big shoes to fill.”

Sires was supportive of Menendez candidacy, believing he “is a perfect fit for the seat. He’s young, he’s intelligent, he’s very likeable, and I think that his positions fit in well with Hudson County.”

While the filing deadline for the June 2022 primary is April 1, the candidacy of the younger Menendez has received the key backing of among others State Sen. and North Bergen Mayor Brian Stack, Assemblymen Raj Mukherji (D-33) and Nicholas Chiaravalloti (D-31).

“I am supporting Rob Menendez for Congress,” said Stack. “I’ve gotten to know him over the last several years and he’s a great guy.  He’s very intelligent and brings a lot of energy.  He will be a great Congressman.”

Sires, who emigrated from Cuba at age 11 and later became a high school teacher and coach in his hometown of West New York, retirement brings to an end a political career dating back to the 1990’s, were he served as mayor from West New York from 1995 to 2006. The Hudson County lawmaker served in the Assembly as well, including two terms as Speaker of the Assembly.

The Congressman currently serves on three House Committees: Foreign Affairs, Transportation and Infrastructure, and Budget. On the Foreign Affairs Committee, Congressman Sires is the Chairman of the Western Hemisphere Subcommittee and serves on the Europe and Eurasia Subcommittee where he has focused on improving human rights and freedoms across the globe and building international partnerships to improve U.S. security.

The 8th congressional district is an overwhelmingly-Democratic district that includes parts of Hudson, Bergen, Essex and Union counties. Sires won 74% on the vote in 2020 in a district that went from Joe Biden by a 73%-36% margin. The district will be redrawn as it is overpopulated but is expected to remain a safe Democratic seat. He will be the 21st Democratic House member to not seek re-election so far.

As for the younger Menendez, his name was mentioned as a possible challenger to Jersey City Mayor Steven Fulop earlier this year. The youngest Port Authority of New York and New Jersey commissioner in history when his nomination was confirmed this June, this is the first public office that the 35 year old is running for.

A lawyer at Lowenstein Sadler, Menendez according to the company’s website “helps clients launch, operate, and grow their businesses, advising on a wide breadth of legal and regulatory issues. He has particular experience in transactions involving complex corporate structures, as well as ongoing adjustments to their management and ownership arrangements.”

Prior to joining the firm, Menendez served as an Eagleton Executive Fellow in the Port Authority’s Port Commerce Department, where he worked on various port initiatives and legal matters. Menendez received his J.D. from Rutgers Law School and his B.A. in political science from the University of North Carolina at Chapel Hill. Additionally, he is a trustee of the Hudson School in Hoboken.