Program would allow exposed students to stay in school 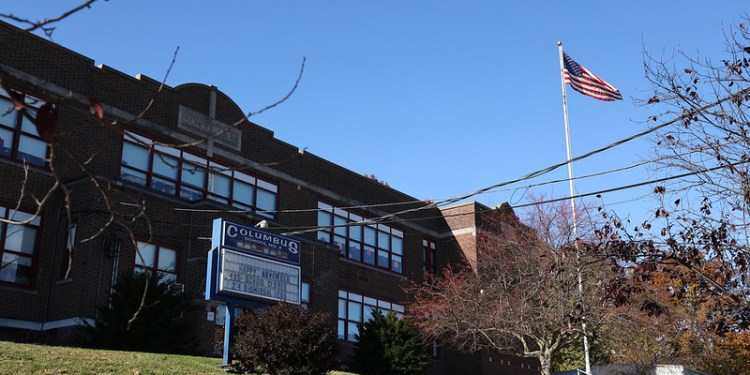 When students go back to school in January, the state may have new protocols to allow children exposed to COVID-19 to stay in the classroom

At a press briefing on Dec. 20, New Jersey Department of Health Commissioner Judith Persichilli revealed that the Murphy Administration is working with local school officials to develop “test-to-stay” programs in some school districts to be implemented after the holidays.

“We’re working with the school nurses. We have developed a proposal for a pilot. We’re looking at that for the restart after the holiday break,” Persichilli said at the last weekly in-person press briefing of the year.

Test-to-stay is a protocol that would allow exposed asymptomatic students to remain in the classroom and receive daily rapid tests, rather than requiring a mandatory quarantine every time a student is within three feet for 15 minutes or more of a classmate or teacher who tested positive at school. After exposure, students are tested each day to confirm they are COVID negative.

States such as California, Illinois, and Georgia currently use these protocols. And the Centers for Disease Control and Prevention (CDC) in the past week has endorsed this strategy as well.

The “test and stay” program is one that has been pushed by Republicans in New Jersey, including State Senator Declan O’Scanlon (R-13). The GOP lawmaker believed the recent recommendations the state enacted last week—students who are close contacts can return to school in seven days if they test negative or 10 days if they don’t get a test—was still too restrictive.

“A seven-day quarantine is better than two weeks, but it is still unnecessarily disruptive,” said O’Scanlon. “Implementing test-to-stay in our schools would be one of the most beneficial policies enacted since the beginning of the pandemic. It just makes sense. Students need it, schools need it, and parents need it.”

The CDC recently released two different studies that show the effectiveness of the test-to-stay strategy, which included the statement “Students who have been exposed to the coronavirus can safely continue in-person learning if they are regularly tested for the virus at school, avoiding disruptive at-home quarantines.”

“Test-to-stay would herald a return to something closer to business as usual in classrooms and schools, and in the lives of students,” stated Scanlon.

Gov. Phil Murphy said he had discussed the issue with Persichilli over the weekend and was now open to such a program with the CDC recommendation.

“We were, I think, largely inching toward that pilot before the CDC’s guidance and I think that only bolsters our direction,” Murphy said.

No details were given on how the program would work, who would pay for them or address whether there would be enough tests available.

As for those that have passed, the state reported 34 confirmed deaths, bringing that total to 25,920. The state listed probable deaths at 2,842, bringing the overall total to 28,762. State officials noted 12 deaths occurred in the last 24 hours of reporting that have not yet been lab confirmed.

The state reported 2,034 patients were hospitalized in full reporting of the state’s 71 hospitals—the first time surpassing the 2,000 mark since April 20. By region, there were 848 in the North, 658 in the Central and 528 in the South. Of those hospitalized, 374 are in intensive care units and 186 on ventilators. A total of 166 patients were discharged in the last 24 hour reporting period.

In regards to outbreaks related to in-school transmissions as of Dec. 15, the state has tracked 294 school outbreaks and 1,618 cases linked to those outbreaks since the 2021/2022 school year starting Aug. 7, up 47 outbreaks and 273 cases from the week previous.

Health officials noted 229 long-term care facilities are currently reporting at least one case of COVID-19, accounting for a total of 1,796 of the cases, broken down between 828 residents and 968 staff.

The state’s official death total will now be reported as those that are lab confirmed, sits at 8,739 on Dec. 21. The facilities are reporting to the state 8,048 residents deaths and 145 staff deaths.