Details of where and when still to be worked out 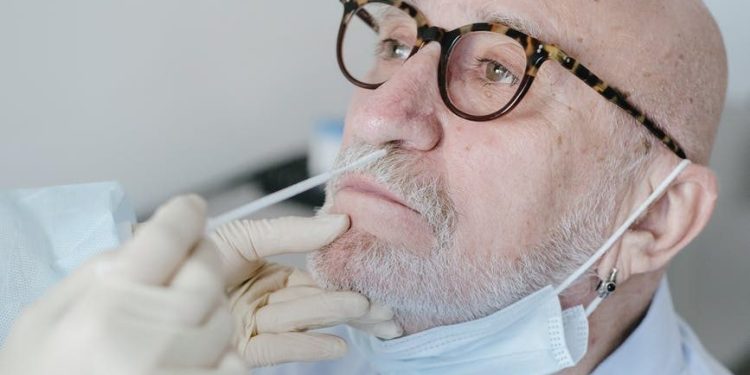 After a meeting in which President Joe Biden pledged to help governors across the U.S. battle the lastest surge of the coronavirus, the federal government will help with a testing center in New Jersey.

To increase availability of COVID-19 testing in the state, Gov. Phil Murphy announced on Dec. 27 the Centers for Disease Control and Prevention (CDC) will establish a surge testing site in New Jersey. The site will be part of the CDC’s Increasing Community Access to Testing (ICATT) for COVID-19 Surge Response effort, which partners with pharmacies and commercial laboratories to provide free testing resources to underserved communities.

“With the recent increase in COVID-19 cases, it is imperative that we remain vigilant and provide tools for our residents to stay safe,” said Murphy in a press statement. “This testing site will be an invaluable means to continue mitigating the spread of the pandemic. I thank our federal partners for their continued support and commitment to keeping New Jerseyans healthy.”

The New Jersey Department of Health is currently working with CDC officials to determine a location for the surge testing site, when a location is selected and a timeline for opening is established it will be announced to the public.

“We appreciate the federal government’s support to make this resource available to New Jersey residents,” said Health Commissioner Judith Persichilli. “Testing is an important tool to reduce the spread of COVID-19 in our state.”

The announcement was preceded by a conference call with the National Governors Association hosted by the Biden Administration that included Murphy who is on a family vacation in Costa Rica. On that call, the President told the nation’s governors in a virtual meeting the federal government was prepared to help them cope with rising coronavirus cases due to the omicron variant.

Gov.  Asa Hutchinson (R-AR) thanked the President for his comments last week to “depoliticize our COVID response.” Hutchinson, who heads up the National Governors Association, added that he wanted to “make sure that we do not let federal solutions stand in the way of state solutions.”

President Biden responded that “If (a governor needs) something, say something…We’re going to have your back.” Additionally, the President acknowledged that “seeing how tough it was for some folks to get a test this weekend shows that we have more work to do.”

Besides testing, federal health officials shortened by half the recommended isolation period for many infected Americans, hoping to minimize rising disruptions to the economy and everyday life. The CDC had previously recommended that infected patients isolate for 10 days from when they were tested for the virus.

But on Dec. 27, it slashed that period to five days for those without symptoms, or those without fevers whose other symptoms were resolving. Americans leaving isolation should wear masks around others for an additional five days after their isolation periods have ended.

As for those that have passed, the state reported 48 confirmed deaths, bringing that total to 26,068. The state listed probable deaths at 2,849, bringing the overall total to 28,917. State officials noted 40 deaths occurred in the last 24 hours of reporting that have not yet been lab confirmed.

The state’s dashboard had a count of 2,979 patients hospitalized as all of the 71 hospitals in the Garden State filed reports Dec. 28. By region, there were 1,401 in the North, 884 in the Central and 694 in the South. Of those hospitalized, 492 are in intensive care units and 244 on ventilators. A total of 234 patients were discharged in the last 24 hour reporting period.

Health officials noted 326 long-term care facilities are currently reporting at least one case of COVID-19, accounting for a total of 3,518 of the cases, broken down between 1,277 residents and 2,241 staff.

The state’s official death total will now be reported as those that are lab confirmed, sits at 8,762 on Dec. 28. The facilities are reporting to the state 8,057 residents deaths and 145 staff deaths.

Gottheimer Visits Rutgers Hillel to Speak Out on Growing Antisemitism