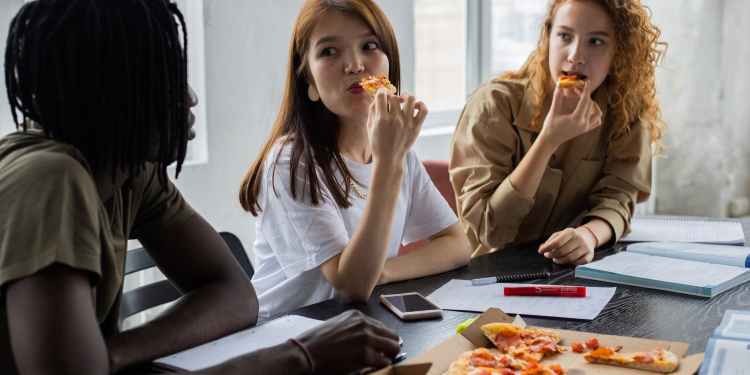 Photo by Monstera on Pexels.com

A bipartisan bill that would relax the eligibility criteria for college students receiving assistance through the Supplemental Nutrition Assistance Program (SNAP) has moved forward in the New Jersey state legislature.

A-4168, which was cleared Dec. 13 by the Assembly Appropriations Committee, would exempt student recipients of Educational Opportunity Fund (EOF) from a 20-hour weekly work requirement ordinarily needed to participate in SNAP.

One of the measure’s primary sponsors, Assemblywoman Aura Dunn (R-25), said the bill seeks to build on efforts to combat hunger on college campuses—a problem that has grown worse as the ongoing COVID-19 crisis has left many students in dire financial straits.

Dunn said, “Economically disadvantaged and often first-generation college students in the EOF program are really hurting from increased food costs and rising tuition rates. Many of us have to save and scrimp to be able to go to college, but forgoing food is a sacrifice no one should have to make.”

Forty-two colleges and universities in the Garden State participate in the EOF, which offers students financial assistance and support services, such as counseling and tutoring.

Those services include federally-funded, state-administered SNAP, a federal nutrition assistance program that provides food benefits to more than 40 million low-income Americans each year.

To qualify for SNAP, EOF students must adhere to several requirements, including working 20 hours or more a week at a paying job, participating in a federal work-study program or being responsible for a dependent under age 6. They must also be enrolled in school at least half time, maintain a certain grade point average and meet SNAP’s income eligibility requirements.

Estimates have shown that half of all college students experience food insecurity, but only 18% are eligible for assistance under the current federal SNAP requirement guidelines and just 3% receive aid.

Anti-hunger advocates have been increasingly pushing for changes in the eligibility requirements, arguing that doing so could potentially help serve thousands of more college students who may be struggling with food insecurity.

What The Bill Would Change

Under the terms of A-4168, the state Department of Human Services (DHS) would be compelled to apply for a federal waiver that would make EOF students able to obtain nutrition assistance benefits, regardless of whether they meet the 20-hour weekly work requirement established by federal law.

According to a fiscal analysis by the Office of Legislative Services (OLS), any increase in SNAP benefits under the bill would not have any fiscal impact on New Jersey’s bottom line since it is paid directly from federal funds. OLS estimated that the cost of implementing a public awareness campaign “will be minimal” and likely “absorbed by the division’s existing operating budget.”

Even before the pandemic, at least 40% of New Jersey community college students reported that they were food insecure, making it one of the most important issues impacting campuses, according to a February 2020 survey.

Over the past two years, the number of Americans who reported feeling food insecure rose, with nearly one-third of college students saying that have experienced food insecurity since the beginning of the COVID-19 crisis, a recent poll found.

“Thirty-six percent of students know someone who has dropped out due to food insecurity during the pandemic. Supporting this bill means supporting students and builds on our efforts to fight hunger on college campuses,” said Dunn, who added that EOF recipients “should not have to worry about how they are going to afford their next meal.”

Senate Has Yet To Take Action

After being introduced in May 2020, the bill—whose co-sponsors include Assemblyman Gordon Johnson (D-37), along with Assemblywomen Mila Jasey (D-27), Angela McKnight (D-31) and Valerie Vainieri Huttle (D-37)—was referred to the Assembly Human Services Committee, where it was unanimously passed in August 2020.