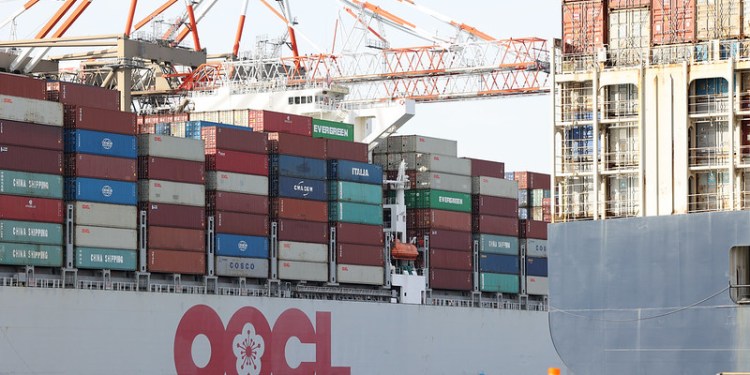 Sherrill led a bipartisan letter to the Biden Administration, urging a whole-of-government effort to resolve the supply chain crisis. She was joined by Peter Meijer (R-MI), and two California lawmakers—Dem Norma Torres and GOP Young Kim.

“Small business owners in our districts constantly raise the significant impacts that supply chain disruptions are having on their ability to successfully re-open and hire new staff,” said the Representatives in a letter to the Administration.

Specifically, the bill would seek to ensure domestic supply and production of critical products, with items being made within and being imported from China and Russia highlighted as potential targets.

Pascrell, who serves as Chairman of the House Ways and Means Subcommittee on oversight, was joined by Rep. Rosa DeLauro (D-CT), Rep. Victoria Spartz (R-IN), and Rep. Brian Fitzpatrick (R-PA) in announcing the bipartisan legislative package.

Gottheimer was joined by New York Republican Tom Reed in calling for the President to develop a Strategic Shipping Reserve by utilizing non-combatant ships from the U.S. Transportation Command Fleet.

Additionally, Gottheimer and Reed called on the President to mobilize the National Guard to be activated to move essential materials, by offloading and trucking vital goods at ports for delivery at nearby rail and warehouse facilities.

Just as the National Guard was activated during the pandemic to distribute vaccines, “we should activate the Guard now to help move critical goods,” wrote the Representatives. “In addition, to help move critical supplies to our ports, please create and activate a ‘Strategic Shipping Reserve’ and utilize the United States Transportation Command Fleet, which includes non-combatant vessels in our armed forces.”