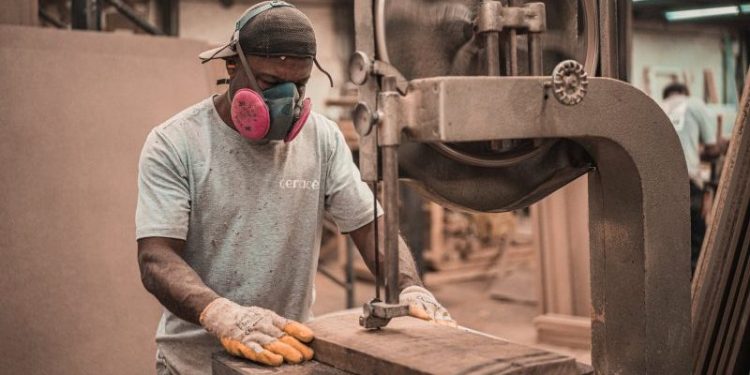 Photo by Cleyder Duque on Pexels.com

The Garden State’s minimum wage is on track to increase gradually to $15 per hour for most employees by 2024 under legislation that Gov. Phil Murphy signed in February 2019.

“The challenges of the pandemic have shown why it’s so important that the Garden State remain on course to a $15 minimum wage,” Labor Commissioner Robert Asaro-Angelo said in a statement. “In support of Governor Murphy’s vision for a stronger and fairer economy, we’re working to get our residents into not just jobs, but good jobs with sustainable wages and the generous benefits that come with working in our state.”

In New Jersey, tipped workers got a $1 increase in their minimum cash wage, which now stands at $5.13 per hour, with employers now able to claim a $7.87 tip credit. If the minimum cash wage plus an employee’s tips do not equal at least the state minimum wage, then the employer must pay the employee the difference, the state’s Department of Labor & Workforce Development said.

Agricultural workers are on a separate minimum wage timetable and were given until 2027 to reach the $15/hour minimum wage, the department said. Employees who work on a farm for an hourly or piece-rate wage now receive a minimum hourly wage of $11.05, up from $10.44. Additionally, long-term care facility direct care staff receiving minimum wage now receive $16 per hour, a $1 increase.

New Jersey sets the minimum wage using either the rate specified in the law, or a calculation based on the Consumer Price Index—whichever is higher. The state Constitution specifies that once the minimum wage reaches $15 per hour, it will continue to rise annually based on any increase in the CPI. The CPI—established by the federal Bureau of Labor Statistics—is a measure of the average change over time in prices paid by urban consumers for a market basket of consumer goods and services.

New Jersey is not alone in raising its minimum wage in the new calendar year. The minimum wage increased in 21 states and 35 cities and counties on or around New Year’s Day, the National Employment Law Project said in a report.

In 33 of those jurisdictions, NELP—a nonprofit that advocates for workers’ rights—said the wage floor now will reach or exceed $15 per hour for some or all employers.

Later in 2022, four additional states and 22 local jurisdictions will raise their wage floors, 17 of them to $15 or more. By 2022’s end, the report said, 49 jurisdictions (two states and 47 cities and counties) will meet or exceed a $15 minimum wage for some or all employers.

The federal wage floor has stayed at $7.25 per hour since 2009—the longest stretch since the adoption of a minimum wage in 1938. The federal tipped wage has stayed at $2.13 for even longer, since 1991, according to the report.

The taxable wage base—or the maximum amount that workers and employers must pay unemployment, temporary disability and family leave taxes on—increased for 2022 as well.

The level of wages subject to unemployment taxes in 2022 increased to $39,800 for both workers and employers. The same maximum applies to employers covered under Temporary Disability Insurance, the Workforce Development Partnership Program, or Supplemental Workforce Fund for Basic Skills.

The taxable wage base for workers covered under the Temporary Disability and Family Leave Insurance programs increased to $151,900 for 2022.