Congressman called the conditions at the facility “jaw-dropping” 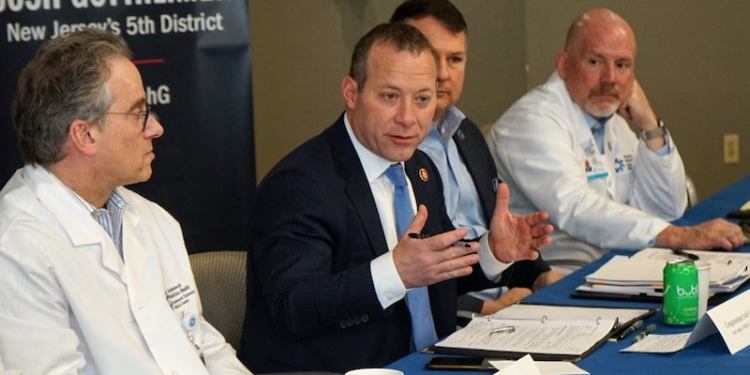 Amid a surge in COVID-19 cases stemming from the Omicron variant, U.S. Rep. Josh Gottheimer has requested the U.S. Department Health and Human Services (HHS) and the Centers for Medicare and Medicaid Services (CMS) review conditions at the facility formerly known Andover Subacute and Rehabilitation II in Sussex County.

After making headlines in April 2020 when an anonymous tip led police to discover the bodies of 17 residents who had died of coronavirus stuffed inside a makeshift morgue, the nursing home is back in the spotlight with a new name (Woodland Behavioral and Nursing Center) but still having issues in dealing with the pandemic—this time for having the highest number of long-term care COVID patient cases in New Jersey at their facility.

Additionally, only 52.4% of residents — and zero staff — have received booster shots.

‘How Are They Allowed To Continue To Operate?’

During a televised interview Jan. 7, Gottheimer called the conditions at the facility “jaw-dropping.”

“This was the worst facility in the state of New Jersey two years ago. How are they allowed to continue to operate after we know their failures?” the 5th District congressman said.

In addition to looking into the current situation, Gottheimer asked HHS Secretary Xavier Becerra and CMS Administrator Chiquita Brooks-LaSure for an update on the facility’s compliance with corrective measures that were supposed to be put in place following a federal inspection in May 2020.

Following the inspection, Andover Subacute was cited for failures in proper infection control practices and slapped with more than $220,000 in fines and penalties. The facility was ordered to submit a corrective action plan as well.

In his Jan. 6 letter, Gottheimer wrote, “Now, more than a year removed from these initial findings, the facility owes the public and the families of those impacted their compliance with federal care requirements. This is particularly important given the news that emerged just this week that the same facility is now the site of New Jersey’s worst current COVID-19 outbreak.”

“New Jersey taxpayers—who indirectly support the facility each year via the millions in Medicare and Medicaid payments that it receives—are owed transparency and full disclosure. North Jersey families should have confidence that elderly relatives and veterans will be well cared for in their later years, whether residing in private or state-run long-term care facilities,” he went on to say.

Gottheimer said he has also asked for a status update from the New Jersey Attorney General’s Office on its ongoing probe into all long-term care facilities in the state and their response to the public health crisis.

The ownership of Woodland, which remains unchanged since the facility was rebranded, declined to comment this week to several media outlets.

While Woodland is battling the largest active COVID outbreak in New Jersey, 512 other long-term care facilities are facing fresh waves of infections among residents and staff, according to the state.

The three state-run veterans homes in Paramus, Vineland and Menlo Park, which were hit hard during the initial wave of the pandemic, are also dealing with an uptick in cases among residents and staff.

Since many nursing homes are seeing large numbers of staff out sick with COVID-19, National Guard personnel are being deployed to help at facilities starting Jan. 10 as they were during the first coronavirus wave.