Report: More action needed so businesses don’t take subsidies they have not earned 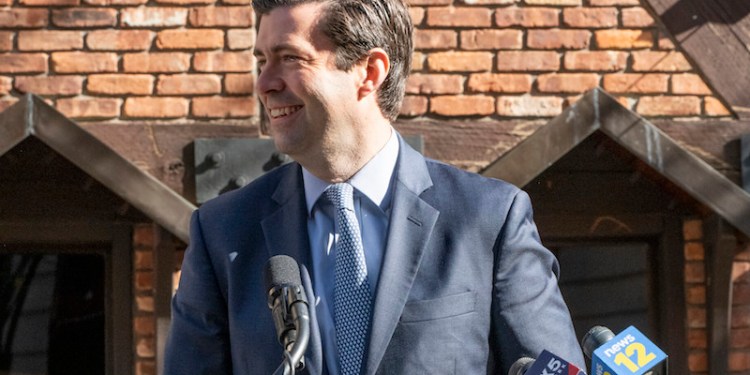 New Jersey has made progress in administering and monitoring billions of dollars in tax incentives to businesses, but still needs to do more to make sure businesses in the Garden State do not receive tax credits they have not earned, the Office of the State Comptroller says in a new report.

The report follows a 2019 comptroller report, which found a lack of oversight and transparency in how New Jersey granted eligibility to businesses for tax incentives. The state’s Economic Development Authority (EDA) had “inadequate systems” for counting jobs and relied on unverified data reported by businesses to award billions of dollars in tax incentives, the 2019 report said.

“We also found that EDA has not sought to recover substantial amounts of public funds that it acknowledges should be pursued,” the report said.

Acting State Comptroller Kevin D. Walsh said his office was “encouraged to see that positive reforms have taken place” since the 2019 audit “and that EDA is verifying that employees whose positions were incentivized were actually employed by those businesses.”

The report noted that EDA only partially implemented OSC’s recommendation “to rely on actual data annually when evaluating whether to award tax credit incentives.”

The EDA had declined to fully accept that recommendation but did perform “limited one-time reassessments for one incentive program” after OSC’s initial audit. This resulted in a $108 million reduction in state incentive awards to businesses over a two-year period, the report said.

“In response to a draft of this report, EDA prospectively changed its position as to two of the incentive programs, agreeing to conduct the same sort of analyses for all awards in these programs. If properly implemented, annual awards will be more directly tied to the goals of the incentive programs, which likely will have a substantial positive financial impact,” the report said.

In a press statement from the Murphy Administration, it focused on the progress the EDA has made toward improving its processes and internal controls for administering the state’s various tax incentive programs. As a result of the recommendations made by the OSC and the Task Force, the NJEDA now conducts a rigorous, annual review of more than 400,000 jobs associated with various programs, the statement said.

“Since the OSC’s initial report, the NJEDA has worked hard to resolve the issues raised in the report and has reinforced its commitment to being a best-in-class steward of taxpayers resources to ensure the programs we administer benefit New Jerseyans and our communities” said NJEDA Chief Executive Officer Tim Sullivan. “While we continue to make improvements and adapt to the changing economic environment…We appreciate the OSC’s recognition that the NJEDA has addressed the most significant issues raised in its prior report.”

More to Be Done

The report noted EDA’s policy will be contingent upon guidance from the state attorney general regarding applicable law.

“It is easy for a business looking for tax credits to promise results, but harder to deliver,” said Walsh. “EDA’s unwillingness to implement the recommendations in the 2019 report regarding using actual data mean that it has maintained a policy that fails to distinguish between businesses that keep their end of the bargain and those that do not.”

“EDA’s movement on this issue is a major positive change that makes it much more likely that the economic incentive programs will succeed. So far, there is a pledge and a proposed policy, but the proof will be in the implementation.”

But the comptroller’s report found the agency “has taken little corrective action to recover for improper awards of tax credits and payments identified in the 2019 Audit involving more than $200 million in awards.”

Moreover, the EDA did not adopt comptroller recommendations to develop a process for incentive programs “to report on their successes and determine if economic benefits were actually realized.”

The Office of the Comptroller noted that the EDA did not adopt the recommendation to “require annual reports for incentive program activities that are based on actual performance.” Nor did the EDA “track administrative costs associated with the tax incentive programs to set fees for businesses to pay so that costs of operating the program are covered.”

The report said the EDA did, among other things:

“Handing out corporate tax credits based on the promise of ‘job creation’ works only if the state routinely verifies that the jobs are actually created,” Sheila Reynertson, a senior policy analyst with NJPP said. “Unfortunately, no such verification system is in place. Instead, corporations are asked to report their own jobs data without effective oversight or independent auditing. Accountability to the people of New Jersey shouldn’t be treated as an afterthought.”

NJPP describes itself as a nonpartisan think tank focused on advancing economic, social and racial justice.