Move made hours before expiration after deal with lawmakers falls apart 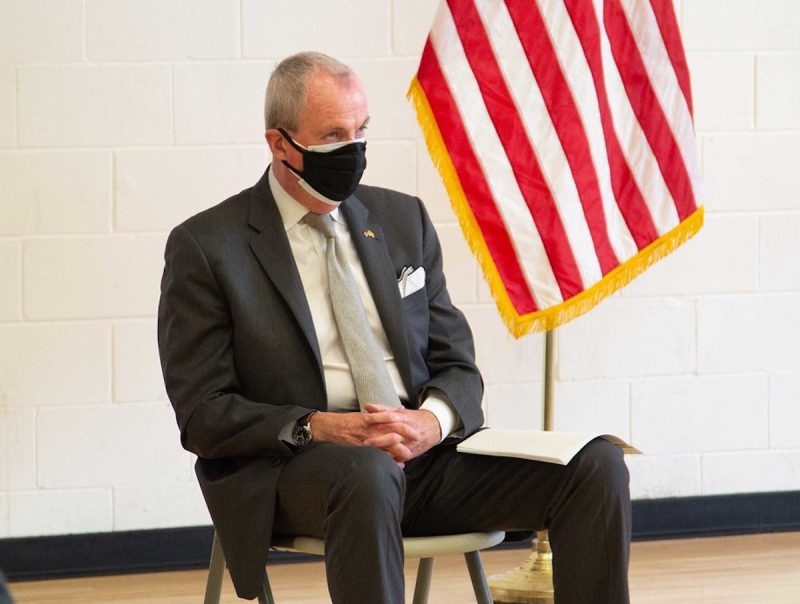 After state legislators balked at his proposal to extend his powers, Gov.  Phil Murphy reinstated a public health emergency for COVID-19 hours before they were set to expire.

The move comes a day after Murphy declared during his weekly COVID press briefing that a school mask mandate would remain in effect, angering outgoing Senate President Steve Sweeney and Republicans who were set to vote on a shorter and slimmed down version of Murphy’s request from earlier this month.

“COVID-19 remains a significant threat to our state and we must commit every resource available to beating back the wave caused by the Omicron variant,” said Murphy in a video released an hour before his State of the State Jan. 11. “While we hope to return to a state of normalcy as soon as possible, the step I am taking today is a commonsense measure that will protect the safety and well-being of all New Jersey residents while allowing the state government to respond to the continuing threat that COVID-19 poses to our daily lives.”

Murphy’s public health emergency declaration will allow the state to continue vaccine distribution, vaccination or testing requirements in certain settings, the collection of COVID-19 data, implementation of any applicable recommendations of the Centers for Disease Control and Prevention to prevent or limit the transmission of COVID-19, staffing and resource allocation, and other critical components of the state’s COVID-19 response.

Most notably, the renewed order will allow for existing orders requiring masking in school and daycare settings to remain in effect which was at the center of the disagreement between Murphy and lawmakers.

“Unequivocally, the mask mandates in school and daycare centers will continue for the foreseeable future,” said Murphy at a press briefing Jan. 10. “They are the only responsible course of action at this time. We can not change gears on this in the middle of this tsunami…I will not let that happen.”

After Murphy’s statements, leaders in the State Senate and Assembly did not post a resolution extending the governor’s pandemic-related emergency powers. Sweeney and Republican Senators said they were not informed of the governor’s decision to keep the school mask mandate in place.

In the State Senate, the bill would have granted the governor the authority to address the emergency medical and healthcare needs of the COVID crisis. This proposed resolution authorized a 45-day extension of administrative orders, executive directives and guidance to address crisis conditions at New Jersey hospitals and other healthcare facilities. Murphy had asked for a 90-day extension and the same powers he currently possesses.

In his message, Murphy reiterated that a “little more than a month ago, just as we thought we had finally gotten ahead of COVID, but the Omicron variant came along” and has caused key health metrics like cases and hospitalization to rise, resulting in record numbers on a daily basis as well as stressing hospitals that are short staffed .

The governor said he was making the move, in consultation with the Legislature to take “the necessary step of re-declaring a Public Health Emergency to ensure we keep moving forward in our response against COVID—and so we can put this virus behind us.”

“These tools all stem from the Public Health Emergency declaration that we made at the pandemic’s start, and which prepared us to carry on through its various heights. We have come so far, and we cannot stop now,” he added.

The order will expire after 30 days, unless renewed. The governor’s announcement said the state’s COVID-19 metrics will be re-evaluated at the time of expiration to determine if an extension will be needed.