Nomination has been held up by Schepisi’s senatorial courtesy hold 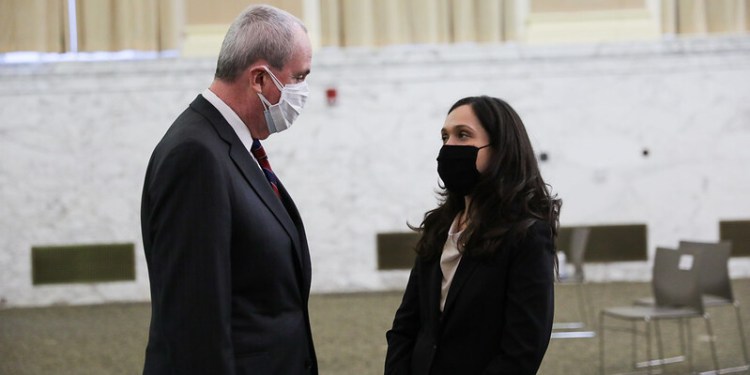 Gov. Phil Murphy is not giving up with his choice of a North Jersey woman to fill the vacancy on the state’s Supreme Court.

Murphy announced Jan. 11 his intention to renominate Rachel Wainer Apter to the New Jersey Supreme Court to fill the vacant seat of Associate Justice Jaynee LaVecchia, who retired on Dec. 31, 2021.

“Since first nominating Rachel Wainer Apter to the New Jersey Supreme Court last year, I have only grown more confident in her character and the integrity she will bring as a future Justice,” said Murphy in a press statement. “The direction of the New Jersey Supreme Court has never been more important. I am hopeful for a swift confirmation by the Senate and look forward to the day that we can swear her in to fill the tremendous void left by Justice LaVecchia, whose impact on New Jersey law is matched by few in the Court’s history.”

The nomination, first put forth on March 15, 2021, of the Englewood resident is being held up under New Jersey’s unwritten rule of senatorial courtesy. Wainer Apter needs the support of all senators who live in Bergen County, where she resides, to see her nomination advance and State Sen. Holly Schepisi (R-39) has evoked her courtesy rights. Wainer Apter has yet to appear before the upper chamber’s judiciary committee to consider her nomination.

Schepisi has told various media outlets her concerns are related to the makeup of the court, which would shift from three Republicans, three Democrats, and one independent (LaVecchia) to four Democrats and three Republicans.

“Our Supreme Court has extraordinary power,” Schepisi said. “If we’re going to put someone on here who could be there for three decades shaping policy, we need to ensure it’s a balanced judiciary and it’s not an activist court.”

Schepisi confirmed that she has engaged the governor’s about ensuring balance on the state Supreme Court and expressed concerns about “some of the positions” Wainer Apter has advocated for in the past but did not disclose. Besides Schepisi, State Senators who have the courtesy to hold up the nomination are Judiciary Committee members Kristin Corrado (R-40), and Joseph Lagana (D-38) as well as newly sworn in Gordon Johnson (D-37).

Wainer Apter, a native of Rockaway, currently serves in the state’s Attorney General’s office as Director of the New Jersey Division on Civil Rights. Prior to her current role, Wainer Apter served as Counsel to the Attorney General, advising on civil rights and immigration matters, including leading the New Jersey team that defeated a motion by Texas and seven other states to end Deferred Action for Childhood Arrivals (DACA).

Deal in the Making?

In making his announcement last March, Murphy keyed on Wainer Apter’s career as a law clerk for Justice Ruth Bader Ginsburg in the U.S. Supreme Court and following in her former boss’s footsteps as a civil rights lawyer.

“We’ve had some pretty robust discussions regarding (the nomination),” Schepisi said. “There is potentially a pathway to get my support. But we still have some work to do to get there.”

That pathway could presumably center on Murphy’s next choice for the state’s highest court. Associate Justice Faustino Fernandez-Vina reaches the mandatory retirement age of 70 on Feb.15.  Fernandez-Vina is a Republican and Murphy is expected to retain the partisan balance of the top court. Appellate Court Judge Jose L. Fuentes is currently serving as an acting Supreme Court Justice until someone is confirmed.

Wainer Apter is Murphy’s second nomination for the highest court in the state. Fabiana Pierre-Louis, nominated in June 2020, became the first Black woman to sit on New Jersey’s Supreme Court when she was sworn in Sept. 1, 2020.