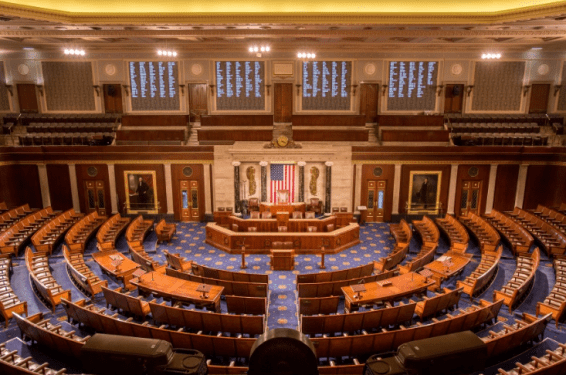 The chairman of the New Jersey Congressional Redistricting Commission defended his choice of the Democrats’ map over the Republican map, saying that it was “more party-blind” and incorporated more testimony from the public than the GOP’s redistricting proposal.

John Wallace Jr., a retired New Jersey Supreme Court associate justice and the Independent who broke a tie between the commission’s six Democrats and six Republicans, gave a more detailed explanation of his choice in responding to a Jan. 4 written request from the same high court on which he once served.

In his Jan. 11 filing with New Jersey’s high court, Wallace said, “I should have stated that the Democrats’ map better satisfied the standard for Partisan Fairness. I do that at this time to further support my vote in favor of the Democrats’ map.”

New Jersey Supreme Court Chief Justice Stuart Rabner had requested Wallace “amplify” his explanation at a Dec. 22, 2021, redistricting commission meeting where he said his tiebreaking vote for the Democrats’ map was based on the fact that in 2011, the last time New Jersey was redistricted, the Republican map was chosen.

“In the end, I decided to vote for the Democratic map simply because the last redistricting map it was drawn by Republicans. Thus, I conclude that fairness dictates that the Democrats have the opportunity to have their map used for this next redistricting cycle,” Wallace said last month in choosing the Dems map.

Republicans on the commission cried foul in a Dec. 30, 2021 lawsuit. In their complaint, they urged the New Jersey Supreme Court to jettison the Democrats’ map, contending that Wallace’s action undermined the constitutional structure of the commission and was “arbitrary, capricious, and unreasonable.”

He added: “In stating that I would vote for the Democrats’ map because the prior map was formulated by the Republicans, I did so because just as the principles reflected in the Republican 2011 map produced competitive elections throughout the prior decade, I believed it would be fair to allow the Democratic principles reflected in their map to attempt to do the same for the coming decade.”

The retired judge concluded his letter to the court, stating that he voted for the Democrats’ map “for the additional reasons that their map better met the standard for Partisan Fairness and the Democrats gave a more impressive presentation of the reasons for the districts utilizing citizen testimony from the public hearings.”

“As predicted, Chairman Wallace made an anemic attempt to backtrack on a clear statement he read from a script at the hearing. The notion that the Democrats’ map is better on political fairness is as ridiculous and it is indefensible,’ Steinhardt tweeted Jan. 11.

“Now that they lost, (Republicans) have resorted to personal attacks on one of the state’s most respected jurists with baseless claims and false statements to support their conspiratorial ideas,” NJDSC Spokesman Phil Swibinski said in a statement.

“Rather than considering the totality of Justice Wallace’s remarks, Republicans are instead harping on a single sentence that does not fully represent the work done to arrive at this map and in the process being dishonest with the courts and with New Jerseyans,” Swibinski added.

Steinhardt and his fellow Republicans on the redistricting panel will get a chance to say more, as will the Democrats whose Jan. 11 motion to dismiss the Republicans’ complaint remains pending before the New Jersey Supreme Court.

Chief Justice Rabner ordered Democrats to file a supplemental brief of 15 or fewer pages before Jan. 14, “addressing the implications” of Wallace’s written explanation.

He ordered the Republicans to submit by Jan. 21 an answering brief of 60 or fewer pages.