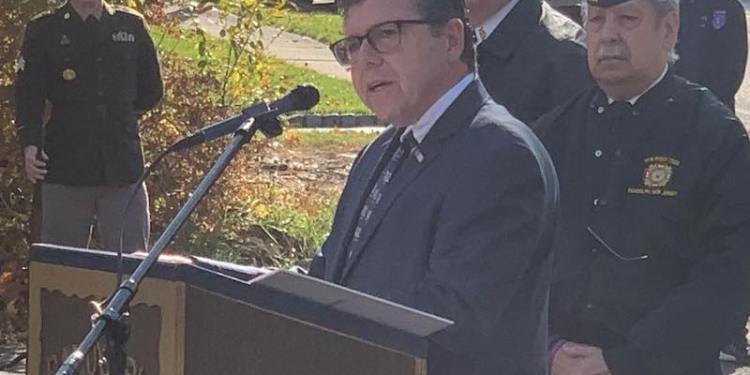 Murphy made the controversial call hours before the COVID-19 emergency order he had negotiated with state lawmakers was set to expire Jan. 12 and a 45-day resolution from State Senate and Assembly legislators was pulled.

“While we hope to return to a state of normalcy as soon as possible, the step I am taking today is a commonsense measure that will protect the safety and well-being of all New Jersey residents while allowing the state government to respond to the continuing threat that COVID-19 poses to our daily lives,” said Murphy on Jan. 11.

Bucco argued that contrary to Murphy’s claims, the emergency order was not developed in conjunction with the state legislature

“Despite what the governor has said, his action was not taken ‘in consultation with the Legislature.’ His own party said they weren’t consulted, and neither were Republicans,” he argued.

Bucco further reiterated that the Legislature did not want to extend his emergency powers, and that Gov. Murphy was exceeding his authority.

“Governor Murphy’s decision both circumvents legislative oversight and breaks his deal with his own party’s leadership. We need to give people hope that life is returning to normal, not returning to one man’s rule by executive order,” Bucco said.

Outgoing State Sen. Steve Sweeney noted his own concern with the governor’s action.

“Just disrespectful. We are an equal branch of government…I wasn’t consulted. It’s just aggravating,” he said.

Murphy said the extended emergency order and his declaration that the school mask mandate would remain in effect was due to the overwhelming rise of COVID-19 over the course of the past few weeks.

“We can not change gears on this in the middle of this tsunami…I will not let that happen,” he said.

The declaration would allow for continued vaccine distribution and uphold vaccinate-or-test requirements for certain settings. Additionally, it would allow for the collection of COVID-19 data and implementation of CDC recommendations.

As for those that have passed, the state reported 106 confirmed deaths, bringing that total to 27,090. The state listed probable deaths at 2,869, bringing the overall total to 29,959. State officials noted 73 deaths occurred in the last 24 hours of reporting that have not yet been lab confirmed.

The state’s dashboard had a count of 5,835 patients hospitalized as all 71 hospitals in the Garden State filed reports Jan. 14. By region, there were 2,580 in the North, 1,831 in the Central and 1,424 in the South. Of those hospitalized, 896 are in intensive care units and 524 on ventilators. A total of 869 patients were discharged in the last 24 hour reporting period.

Health officials noted 550 long-term care facilities are currently reporting at least one case of COVID-19, accounting for a total of 19,924 of the cases, broken down between 8,566 residents and 11,358 staff.

The state’s official death total will now be reported as those that are lab confirmed, sits at 8,854 on Jan. 14. The facilities are reporting to the state 8,194 residents deaths and 147 staff deaths.

In regards to outbreaks related to in-school transmissions as of Jan. 11, the state has tracked 388 school outbreaks and 2,255 cases linked to those outbreaks since the 2021/2022 school year starting Aug. 7, up four outbreaks and 28 cases from the week previous.