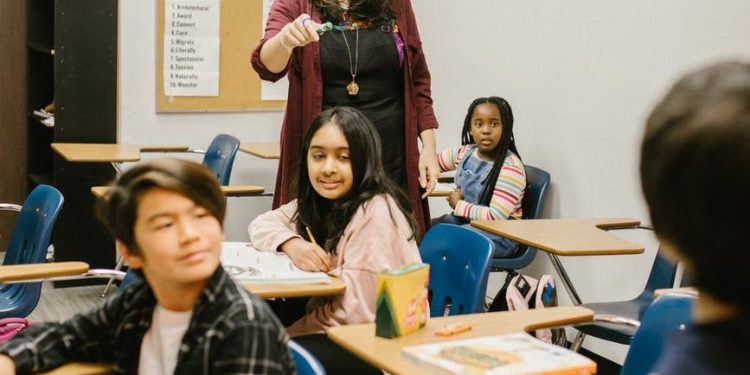 After New Jersey Department of Education (DOE) officials failed to appear at a Senate Education Committee hearing earlier this month to discuss challenges schools have faced during the coronavirus pandemic, GOP lawmakers are again calling for an investigation into Democratic Gov. Phil Murphy’s handling of the pandemic.

Calling the Jan. 6 no-show “the latest example of the lack of regard” that the Murphy Administration has for “state government and our Constitution,” State Sen. Joe Pennacchio (R-26) said he was disappointed but not surprised.

“After what we have seen from the administration for the past two years, I think any of us could have predicted the DOE would stiff the legislators who are trying to do the jobs they were elected to do,” Pennacchio said.

The unexplained absence came a day after the DOE released data showing how closures and remote learning may have affected New Jersey’s 1.3 million public school students.

Following the onset of the public health crisis in March 2020 and subsequent shift to virtual instruction, the potential for student learning loss has been a major concern for parents, educators and public officials.

In an effort to measure who lost what—and in place of the usual Student Learning Assessments—the state administered an abbreviated series of tests called “Start Strong” last fall to grades 4-10, gauging their post-pandemic knowledge in math, science and English language arts.

Percentage of Students At or Above Grade Level

According to the DOE, the impact was greatest for elementary students, as well as who are Black, Hispanic, economically disadvantaged, English language learners and those with disabilities.

Getting Students Back On Track

Steve Baker, a spokesperson for the New Jersey Education Association, the state’s largest teachers union, told NJ.com it is no surprise that the pandemic disrupted learning and that it will “take a sustained effort to help students overcome the effects of what happened.”

Both the DOE and New Jersey School Boards Association noted that the results largely reflect what has happened in other parts of the country during the pandemic. Overall, U.S. students have fallen months behind, but vulnerable students, minorities, low-income and English language learners have lost the most ground, creating larger educational inequities than existed before the coronavirus outbreak.

In New Jersey, the DOE and other stakeholders hope to use the results of Start Strong to determine appropriate supports to get each student back on track during the 2021-22 school year. The assessments will help inform how schools spend remaining COVID aid it received from the federal government. So far, 90% of the more than $4.3 billion of those funds have been allocated to districts.

Education ‘Is In A Crisis’

“There is no plan currently to deal with the educational pandemic that has been looming and … coming to a crash here in the state of New Jersey,” said Ruiz, who called on the DOE to take action.

Teachers, school nurses, principals and administrators are also pressing for a statewide plan to address increasing staff shortages, concerns for teacher safety and burnout, and the growing achievement gap between students.

For Pennacchio, the results are just the latest reason that more aggressive oversight of the Murphy Administration is needed at it enters its second term.

“The Department of Ed should have been there, but it is obvious that nobody from the administration is going to show up without a subpoena,” the Morris County lawmaker said. “Maybe now Democrats in the Legislature will realize that if they want answers and they want solutions, the only way we’re going to get them is with an oversight committee with the power to compel witnesses.”

As for those that have passed, the state reported 42 confirmed deaths, bringing that total to 27,287. The state listed probable deaths at 2,883, bringing the overall total to 30,170. State officials noted 86 deaths occurred in the last 24 hours of reporting that have not yet been lab confirmed.

The state’s dashboard had a count of 5,251 patients hospitalized as 69 of the 71 hospitals in the Garden State filed reports Jan. 18. By region, there were 2,184 in the North, 1,765 in the Central and 1,302 in the South. Of those hospitalized, 848 are in intensive care units and 534 on ventilators. A total of 427 patients were discharged in the last 24 hour reporting period.

Health officials noted 555 long-term care facilities are currently reporting at least one case of COVID-19, accounting for a total of 21,555 of the cases, broken down between 9,481 residents and 12,074 staff.

The state’s official death total will now be reported as those that are lab confirmed, sits at 8,854 on Jan. 18. The facilities are reporting to the state 8,255 residents deaths and 147 staff deaths.

In regards to outbreaks related to in-school transmissions as of Jan. 18, the state has tracked 406 school outbreaks and 2,365 cases linked to those outbreaks since the 2021/2022 school year starting Aug. 7, up 18 outbreaks and 110 cases from the week previous.