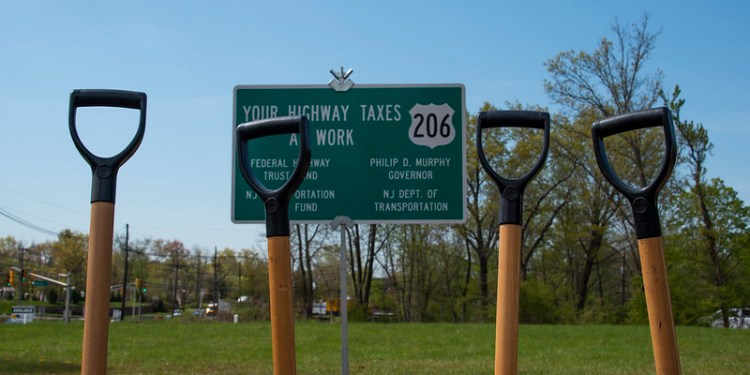 New Jersey is set to receive $1.14 billion in federal money over the next five years to address highway bridge needs and many of the funds will go toward shoring up bridges in North Jersey.

The funds, part of the infrastructure package that President Joe Biden signed into law in November 2021, will be used to improve 480 bridges that are in poor condition and to preserve and improve 4,500 bridges in fair condition throughout the state, according to Gov. Phil Murphy’s office.

“These investments in our bridges will improve safety for drivers and pedestrians, reduce traffic congestion, create good-paying jobs, and increase capacity for our logistics supply chain,” said Rep. Tom Malinowski (D-7). Malinowski said he would work to ensure is Congressional District bridges in poor condition receive funding “as quickly as possible.”

“I am proud to help New Jersey and our district receive this critical funding to repair our bridges,” said Rep. Donald M. Payne, Jr. (D-10). Payne, who sits on the House Transportation and Infrastructure Committee and introduced the initial infrastructure bill, the INVEST in America Act, which the U.S. Senate ultimately amended to become the Infrastructure Investment and Jobs Act (IIJA).

“This money is extremely important to my district,” Payne added. “There are bridges in Hudson County that were built 80 and 90 years ago and represent a serious danger to travelers.  In addition, there are other bridges on New Jersey 495 that should be fixed now.  This work is part of my commitment to get the federal resources necessary to help all of my constituents.”

Payne’s Congressional District has 1,105 bridges and more than 80% of them need immediate or gradual repairs according to the Federal Highway Administration.

Rep. Josh Gottheimer  Jan. 18 stood on the East Anderson Street Bridge in between Hackensack and Teaneck to tout the federal dollars coming into his 5th Congressional District to improve and repair bridges. The North Jersey lawmaker said one-third of New Jersey’s bridges are considered unsafe or structurally deficient, including the East Anderson Street Bridge, which he said has been narrowed from four lanes to two due to cracking in the support beams on the surface.

“Our crumbling infrastructure is hurting our families but fixing the East Anderson Street Bridge and others like it is exactly the type of critical project the Bipartisan Infrastructure Bill is going to support — all without increasing the tax burden on North Jersey residents,” Gottheimer said.

Work on the East Anderson Street Bridge is slated to start in 2023. The project’s anticipated cost is approximately $40 million.

The federal Department of Transportation announced Jan. 14 that more than $27 billion is going to states and tribal transportation facilities to fix some 15,000 bridges nationwide under the IIJA.

The effort to improve bridges has been dubbed the “Bridge Formula Program.” The Federal Highway Administration (FHWA) will administer it, and it represents the single largest dedicated bridge investment since the construction of the interstate highway system—providing $26.5 billion to states, the District of Columbia and Puerto Rico over five years and $825 million for Tribal transportation facilities. The total amount that will be available to states, D.C. and Puerto Rico in Fiscal Year 2022 is $5.3 billion along with $165 million for tribes. The FHWA also published initial guidance on the new program.

The infrastructure law includes an incentive for states to direct Bridge Formula Program funds to off-system bridges owned by a county, city, town, or other local agency. While states generally must match federal funding with up to 20% state or local funding, guidance that the Federal Highway Administration issued Jan. 14 notes that federal funds can be used for 100% of the cost of repairing or rehabilitating such locally owned off-system bridges.

Sen. Menendez said New Jersey’s bridges “are among the nation’s most heavily traveled and are in great need of repair.”

“This type of federal investment pays for itself by ensuring our infrastructure is safer and more reliable, strengthening our economy and creating good-paying jobs,” Menendez said in a statement.

“Our state’s structurally deficient bridges put millions of travelers at risk and threaten to slow down New Jersey’s economic growth, especially as we seek to recover from the impact that the COVID-19 pandemic has had on our economy,” said Sen. Booker, who added that the infrastructure law’s federal dollars will facilitate the repair of more than 500 New Jersey bridges “while also creating good-paying jobs.”