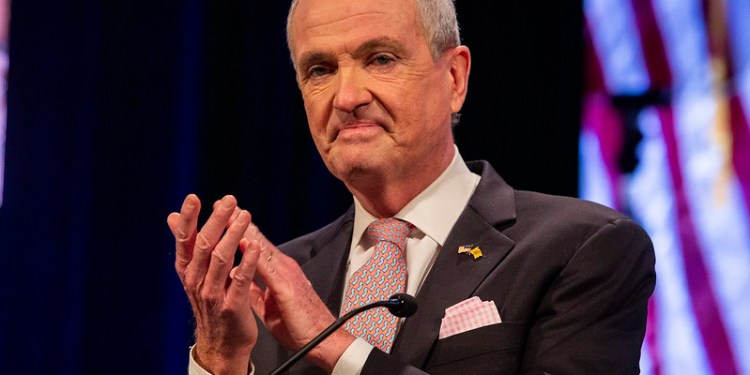 As new cases continue to decline and other key health metrics improve, Gov. Phil Murphy raised the prospect that the mask mandate for students and school personnel could end before June.

During an interview with WPIX Jan. 20, Murphy opened the door for no masks in classrooms as the rate of transmission was under 1.00 and the hospitalizations were below 5,000 for the first time since Jan. 3.

“Yes, I think there’s a real shot of that. I really do,” Murphy responded during the Thursday morning interview. “I don’t mean this calendar year. (We are) speaking about the school year that ends in June.”

The school mask mandate has been an area of disagreement between Murphy with Republicans and even members of his own party. A deal to extend the public health emergency powers fell apart when Murphy declared that the mask mandate would remain in effect for schools and day care centers just as the State Senate was to bring the legislation to a vote on Jan. 10. It’s an issue the GOP used to gain seats across the state during last year’s election.

Lawmakers at the Statehouse on both sides of the aisle were furious with Murphy’s statement that blindsided them and responded by not posting a resolution extending the governor’s pandemic-related emergency powers. Then State Senate President Steve Sweeney called the governor’s decision to make the mask mandate announcement “just disrespectful. We are an equal branch of government…I wasn’t consulted. It’s just aggravating.”

The Senate bill would have granted the governor the authority to address the emergency medical and healthcare needs of the COVID crisis. This proposed resolution authorized a 45-day extension of administrative orders, executive directives and guidance to address crisis conditions at New Jersey hospitals and other healthcare facilities. Murphy had asked for a 90-day extension and much broader powers.

In the absence of agreement, Murphy extended the powers for 30 days on Jan. 12. The declaration allowed the state to continue vaccine distribution, vaccination or testing requirements in certain settings, the collection of COVID-19 data, implementation of any applicable recommendations of the Centers for Disease Control and Prevention to prevent or limit the transmission of COVID-19, staffing and resource allocation, and other critical components of the state’s COVID-19 response.

While the governor’s remarks during the Jan. 20 interview opens the door for this year, Murphy revealed earlier this month that before the surge spurred by the omicron variant he had hoped that a mask mandate would have been repealed.

“If you had asked me six weeks ago if I had some hope on Jan. 11 at midnight we might have been able to shift to a different reality…yeah, I did have that hope,” he stated. “(But) we can not change gears on this in the middle of this tsunami…we will not get there in the near term.”

As for those that have passed, the state reported 161 confirmed deaths, bringing that total to 27,593. The state listed probable deaths at 2,883, bringing the overall total to 30,476. State officials noted 88 deaths occurred in the last 24 hours of reporting that have not yet been lab confirmed.

The state’s dashboard had a count of 4,966 patients hospitalized as 70 of the 71 hospitals in the Garden State filed reports Jan. 20. By region, there were 2,033 in the North, 1,656 in the Central and 1,277 in the South. Of those hospitalized, 804 are in intensive care units and 530 on ventilators. A total of 773 patients were discharged in the last 24 hour reporting period.

Health officials noted 559 long-term care facilities are currently reporting at least one case of COVID-19, accounting for a total of 22,635 of the cases, broken down between 10,123 residents and 12,512 staff.

The state’s official death total will now be reported as those that are lab confirmed, sits at 8,890 on Jan. 20. The facilities are reporting to the state 8,284 residents deaths and 147 staff deaths.

In regards to outbreaks related to in-school transmissions as of Jan. 18, the state has tracked 406 school outbreaks and 2,365 cases linked to those outbreaks since the 2021/2022 school year starting Aug. 7, up 18 outbreaks and 110 cases from the week previous.