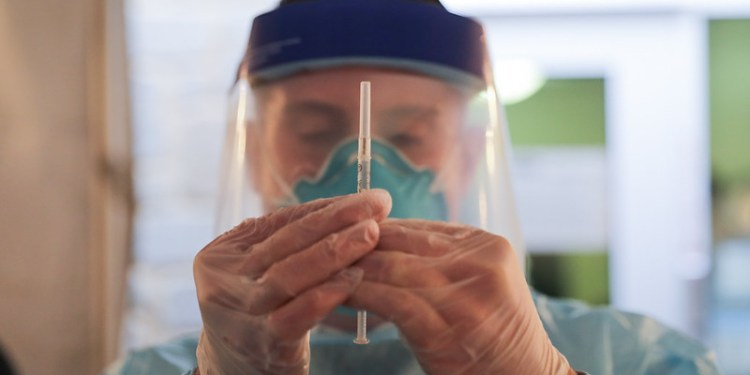 The Murphy Administration will have to defend in court its COVID-19 vaccine mandate for correctional officers.

The move for all 28 PBA locals is in response to the administration’s new policy eliminating a testing option and setting deadlines for state workers in healthcare and congregate settings, such as correctional facilities, to be fully vaccinated and receive their booster shots .

For those in high-risk congregate living facilities, they are required by Feb. 28 to get the first dose and March 30 for the second. As for those who are fully vaccinated but have not yet received their booster, they are mandated to receive a third shot of Moderna or Pfizer or a second shot of Johnson & Jonson by March 30.

PBA officials noted in their announcement that the change comes as the state is “experiencing a significant decline in the number of positive COVID cases as well as witnessing the transmission rate of the virus decline to below 1.0 for the seventh straight day in a row.”

“The move is extreme and unnecessary in light of the testing policies that were in place and working,” said NJPBA President Pat Colligan. “It is my understanding that unvaccinated officers and in some cases, even the vaccinated officers were being tested once if not twice weekly for the virus. My members have told me that the testing policies were working well in keeping the prisons and jails as safe as possible.”

PBA Local 105 President William Sullivan, which represents more than 5,000 state corrections officers, vehemently opposes the mandate and questioned the effectiveness of the vaccine against the omicron variant.

“Testing was and still is working, especially in light of the fact that we had close to an equal number of positive cases derived from officers that were fully vaccinated as compared to those that were unvaccinated,” said Sullivan. “I believe everyone agrees that the science and statistics have demonstrated that the vaccines have been ineffective in stopping the transmission of the variant.”

Before the announced intentions of the corrections police union, North Jersey State Sens. Anthony Bucco and Holly Schepisi said the vaccine mandate from the governor will only increase the staffing issues at long-term care facilities are facing.

“Nursing homes, group homes, and veterans homes are already struggling to find enough skilled staff to care for New Jersey’s most vulnerable residents,” said Bucco (R-25). “By eliminating the testing alternative to vaccination for workers in these settings, Gov. Murphy is virtually guaranteeing that residents will face a shortage of caregivers.”

But Murphy at his weekly press conference on Jan. 24 defended the mandate as being appropriate with “a runway in place that we think is a reasonable one, so it’s not overnight.”

“We have focused on settings where, by definition, people have some vulnerability,” he said. “If you’re in a congregate setting, we know, sadly through history of this pandemic, that the infection runs wild in these places.”

The governor later added that those not getting the vaccine were being “selfish (and) a shirking of our collective responsibility…I do think it’s akin to drunk driving. You’re not only putting yourself at risk; you’re putting other people at risk.”

As for those that have passed, the state reported 151 confirmed deaths, bringing that total to 28,043. The state listed probable deaths at 2,907, bringing the overall total to 30,950. State officials noted 61 deaths occurred in the last 24 hours of reporting that have not yet been lab confirmed.

The state’s dashboard had a count of 4,085 patients hospitalized as all 71 hospitals in the Garden State filed reports Jan. 25. By region, there were 1,644 in the North, 1,378 in the Central and 1,063 in the South. Of those hospitalized, 704 are in intensive care units and 455 on ventilators. A total of 326 patients were discharged in the last 24 hour reporting period.

Health officials noted 561 long-term care facilities are currently reporting at least one case of COVID-19, accounting for a total of 24,355 of the cases, broken down between 11,116 residents and 13,239 staff.

The state’s official death total will now be reported as those that are lab confirmed, sits at 8,936 on Jan. 25. The facilities are reporting to the state 8,374 residents deaths and 165 staff deaths.

In regards to outbreaks related to in-school transmissions as of Jan. 11, the state has tracked 406 school outbreaks and 2,365 cases linked to those outbreaks since the 2021/2022 school year starting Aug. 7, up 18 outbreaks and 110 cases from the week previous.