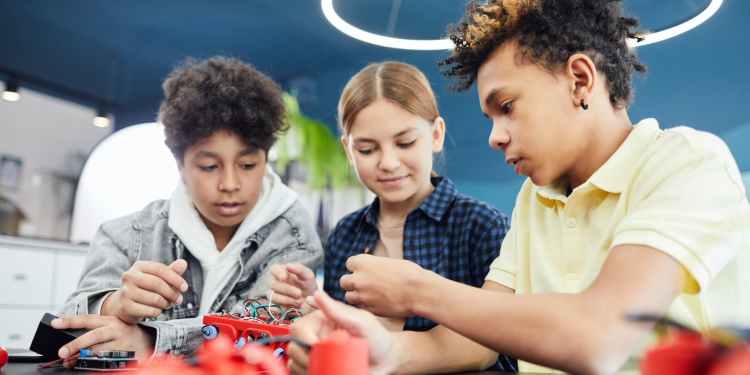 Photo by Vanessa Loring on Pexels.com

New Jersey now requires Asian American and Pacific Islander (AAPI) history as part of its public school curriculum, making it the second state in the U.S. to do so.

On Jan. 18, Gov. Phil Murphy signed two bills—S-4021/A-6100 and S-3764/A-3369—that will ensure history, culture and heritage of AAPIs are included in the New Jersey Student Learning Standards for Social Studies for students in grades K-12.

Assemblywoman Ellen J. Park (D-37), a Korean American and the first Korean woman to serve in the state Assembly, said she was pleased to see the state taking “concrete steps to further the mission of equity and inclusion for the AAPI population.”

‘We Have Much More To Do’

“With these new laws officially in place, we now have a seat at the table, ownership over our own history, and are able to illuminate the many contributions of the AAPI population. While this is an important first step, we have much more to do,” stated Park.

Assemblywoman Shama Haider (D-37) described it another step forward in “continuing to embrace the diversity of New Jersey.”

“Promoting and uplifting different voices is a start but not the end of ensuring inclusivity and equity in this state. As a Pakistani American, I look forward to continuing the fight for the AAPI community through advocacy and legislation,” she said.

What The Measures Call For

All instructional materials for the curriculum will be selected by the state’s board of education and must provide “inclusive” materials that showcase the “cultural and economic diversity” of Asian Americans and Pacific Islanders, according to the bill’s text.

In a statement, Murphy said, “The members of our Asian American/Pacific Islander community have contributed so much to our state and nation. By teaching students about the history and heritage of our AAPI community, we can ensure that the diversity of our state is reflected in our curriculum and create a more tolerant and knowledgeable future for New Jersey.”

The second bill, S-3764/A-3369, establishes a Commission for Asian American Heritage within the state’s Department of Education that will help develop curriculum guidelines.

Acting Education Commissioner Angelica Allen-McMillan said the commission will provide guidance to schools on how best to incorporate the standard, making it an “an invaluable resource to enhance classroom instruction throughout the state.”

While the AAPI community has made “countless contributions to our state and country,” they are “made virtually invisible by our history books,” A-6100’s primary sponsors, Assemblyman Raj Mukherji (D-33), Assemblywoman Mila Jasey (D-27), Assemblywoman Britnee Timberlake (D-34) and Assemblyman Sterley Stanley (D-18) said in a joint statement.

“Excluding the rich history of the AAPI community from our schools’ curriculum not only prevents students from gaining a full understanding of our nation’s history, but also opens the door for racial biases that can turn into violence and hatred,” the said. “By expanding the K-12 curriculum to include lessons on the history and contributions of the AAPI community, we can help break down persisting negative stereotypes and show the over 140,000 Asian American and Pacific Islander students in our state that their stories and experiences matter.”

The new learning standard comes a few months after Murphy established an AAPI commission within the Department of State, tasked with developing policies to address social and economic needs of New Jersey’s growing Asian American and Pacific Islander population, as well as raising awareness of the challenges facing the community.

At the time, State Sen. Vin Gopal (D-11) said he hoped the measure would ultimately improve understanding, foster more positive dialogue and “serve to recognize the many and varied contributions AAPI individuals have made and continue to make in New Jersey.”

The move to include Asian Americans and Pacific Islanders into the K-12 curriculum comes as hate crimes against the AAPI community are on the rise across the country.

‘Hate Has No Home In New Jersey’

Between 2020 and 2021, there was a reported total of 10,370 anti-AAPI incidents, according to Stop AAPI Hate, a coalition formed in response to the growing Asian xenophobia.

The non-profit also found that one in three AAPI parents said their child experienced a hate incident at school within the past year.

He added, “Hate has no home in New Jersey, and we have a responsibility to teach our children the importance of tolerance and acceptance.”

‘The Best Antidote To Hate’

In July 2021, Illinois became the first state to mandate AAPI history, which will begin in the 2022-23 academic year. And, according to NBC News, at least five other states are considering similar curriculum requirements.