Biden, Congress Get Poor Ratings on Economy in Monmouth Poll 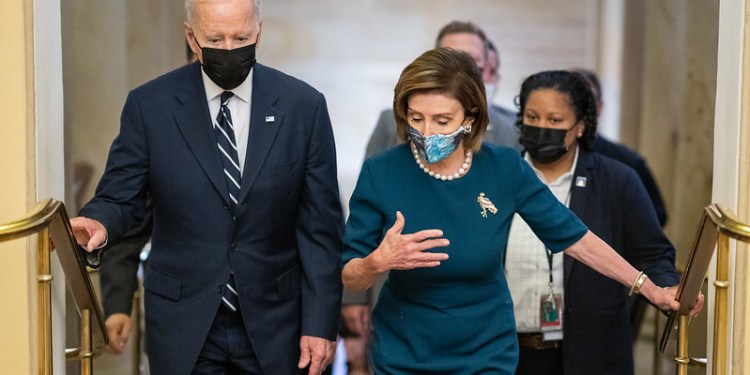 Both President Joe Biden and Congressional Democrats and Republicans got poor grades from respondents to a newly released poll by Monmouth University with the survey finding displeasure with both parties’ handling of the economy.

President Biden garnered his lowest approval rating to date in Monmouth University polls over the past year. Just 39% said they approve of the job he’s doing—a percentage that has dropped steadily since a year ago when 54% approved of the job he was doing on the heels of his inauguration. The telephone poll conducted between Jan. 20 to 24 found that 54% now disapprove of the job the President is doing, compared with 30% after he took the oath of office a year ago.

And just 30% of respondents feel President Biden is very concerned with looking out for the economic well-being of average Americans. Nearly half (47%) of the public feels he is not really concerned.

“Biden’s go-to image during the campaign was ‘Joe from Scranton.’ The public view now is he’s lost the connection to those working-class roots,” said Patrick Murray, director of the independent Monmouth University Polling Institute, in detailing poll findings.

Members of Congress were even less popular than the president, according to findings of the Monmouth University poll. Just 19% of respondents said they approve of the job Congress is doing. Meanwhile, almost three-fourths—74%—disapprove, including 81% of Republicans and 59% of Democrats.

The poll found a small preference for Republicans in the upcoming midterm elections, with Republicans “slightly less likely to be seen as lacking concern for the average American’s well-being.” Monmouth reported that the poll found few Americans “believe that either political party truly cares about the average family’s pocketbook.”

“The GOP advantage on the economic concern question is not large as a percentage, but Democrats had a similarly small edge on this metric in 2018 and ended up gaining 41 House seats,” Murray said.

Twenty four percent of Americans feel the country is headed in the right direction, Monmouth University reported. Researchers said another poll finding could signal problems for Democrats as the party in power. Among respondents, 26% identified themselves as Democrats—a drop-off from last year when anywhere between 30% and 34% identified themselves as Democrats in Monmouth University polls.

More respondents self-identified as Republicans in this poll—31%. In contrast, those identifying as Republicans ranged from 23% to 27% throughout 2021 when Monmouth University asked the question.

When these numbers are combined with independents who say they lean toward either party, Republicans (51%) have a decided advantage over Democrats (41%).

“Republicans have a default advantage heading into the midterms. Simply put, they are not currently in power. Voters who don’t see much difference in the parties are going to be a key factor. That means the prospect of changing the congressional majority does not necessarily translate into hope that Washington will get any better,” said Murray.

The public is almost evenly split between saying they would rather see the Republicans (35%) or the Democrats (33%) in control of Congress. “However, pushing those who initially say party control does not matter on which direction they lean adds 15% to the GOP column versus a smaller 10% for the Democrats,” Monmouth U researchers reported.