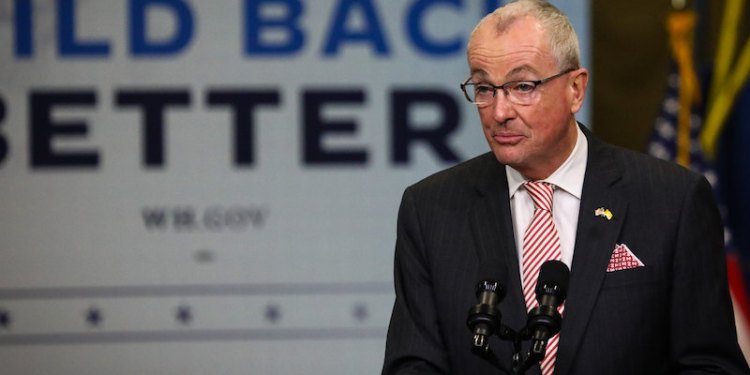 Republicans in the state house have gained the support of at least one prominent Senate Democrat in their ongoing bid to rein in Democratic Gov. Phil Murphy’s use of pandemic-related emergency powers.

O’Scanlon tweeted: “Happy to announce my friend Vin Gopal has agreed to be my co-prime sponsor on this legislation. Lots of other interest. We need to get this done!”

State Sen. Gopal (D-11), who like O’Scanlon represents Monmouth County, serves on the state Senate Democrats’ leadership team where he is the Democratic majority conference leader.

“Since the start of the pandemic, New Jerseyans have been shocked and outraged by extremely intrusive government mandates that have been issued under the emergency powers assumed by the governor and the executive branch,” O’Scanlon said in a statement.

“It’s unfathomable to many people that our laws would allow a single person to wield such an astonishing amount of authority with virtually no oversight,” the Republican lawmaker said. “Our new legislation is based on our experience over the last two years and addresses the serious concerns expressed by both legislators and the constituents we represent. I’ve been in discussions with some of my Democrat colleagues and am proud to announce the bill will have bipartisan sponsorship.”

Senate Republican Leader Steve Oroho (R-24), a cosponsor of O’Scanlon’s bill, echoed his colleagues words in his own Jan. 31 statement.

No Input From Legislature

Oroho was joined by 24th Legislative District Assemblymen Hal Wirths and Parker Space in objecting to Murphy’s issuing of executive orders to reinstate school mask mandates and vaccine mandates for health care workers without a testing option. The three Republican lawmakers complained that Murphy made these decisions “without input from the Legislature or the public.”

Wirths said Murphy’s school mask mandates ignored the views of parents and students and the role of local officials. “Local districts are in the best position to make these decisions and they should be allowed to do their job,” Wirths said.

O’Scanlon said that under current New Jersey law, a State of Emergency can remain in effect until terminated by the governor, and a public health emergency can be declared for 30 days with subsequent 30-day extensions issued at the governor’s sole discretion.

Moreover, the legislation would provide the state legislature with explicit authority “to terminate both types of emergency declarations through a two-thirds vote of the Legislature.”

“This bill does absolutely nothing controversial. It simply clearly enumerates what was the original intent of our state constitution. It also is very similar to polices in many other states,” O’Scanlon said.

“In fact, every other state in the nation currently provides more legislative oversight than does New Jersey. Our system is clearly an outlier. The framers of our state and federal constitutions knew that a system of checks and balances in government is necessary to ensure that people have a say in the policies that impact their lives through their elected representatives,” added O’Scanlon.

This is not the first time in recent weeks that a prominent State Senate Democrat has signaled support for reining in Murphy’s use of emergency powers.

Not the First Democrat

Outgoing Senate president Steve Sweeney (D-3)—in one of his last acts before leaving the Senate after losing re-election—declined to bring to the chamber floor a resolution that would have extended by 45 days Murphy’s COVID-19-related emergency powers.

After Murphy announced publicly on Jan. 10 that he would keep the state’s school mask mandate in place, Sweeney and Republican senators said they were not informed of the governor’s decision to keep the mandate.

O’Scanlon said that the current State of Emergency declaration has been in effect since March 9, 2020. Murphy declared a new public health emergency after Sweeney and the rest of the legislature declined to advance a resolution extending Murphy’s expiring emergency powers.

Scutari said there had been “active discussions” among Republicans and Democrats in both the Senate and Assembly about the breadth of emergency powers the governor should have.

“The Legislature does need to be at the table because we’re the people’s representatives,” Scutari said.

Murphy defended his actions at a Jan. 24 press briefing when he was asked if he would extend the public health emergency for an additional 30 days. “We had no choice,” Murphy said. “I think that day, we had literally 30,000 positive cases … This is something we want to do as best we can, I might add, in concert with the legislative leadership.

“I want to get to a better place as much as anybody, so we’re going to continually try to meet the moment. One of the benefits of a 30-day window is you don’t have to make decisions with, say, a year-long tail to it. It allows you to bite this off as it goes forward.”

As for those that have passed, the state reported 111 confirmed deaths, bringing that total to 28,850. The state listed probable deaths at 2,919, bringing the overall total to 31,769. State officials noted 43 deaths occurred in the last 24 hours of reporting that have not yet been lab confirmed.

The state’s dashboard had a count of 2,310 patients hospitalized as 68 of the 71 hospitals in the Garden State filed reports Feb. 3. By region, there were 878 in the North, 760 in the Central and 672 in the South. Of those hospitalized, 351 are in intensive care units and 284 on ventilators. A total of 385 patients were discharged in the last 24 hour reporting period.

Health officials noted 562 long-term care facilities are currently reporting at least one case of COVID-19, accounting for a total of 26,290 of the cases, broken down between 12,047 residents and 14,243 staff.

The state’s official death total will now be reported as those that are lab confirmed, sits at 9,063 on Feb. 3. The facilities are reporting to the state 8,435 residents deaths and 148 staff deaths.