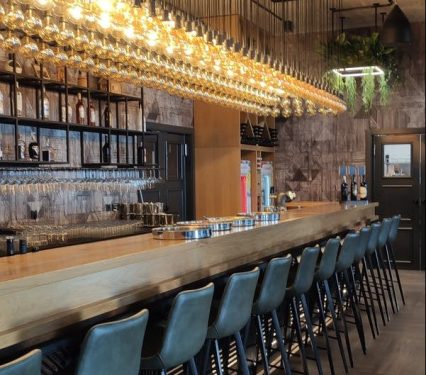 Photo by Ana Vond on Pexels.com

The COVID-19 omicron variant hammered New Jersey’s already beleaguered restaurants, with 93% of restaurants in the Garden State seeing a decline in customer demand for indoor, on-site dining in recent weeks.

The recent spike in COVID-19 cases, fueled by the highly transmissible omicron variant, prompted half of New Jersey restaurants to cut their hours of operation and 30% to close on days they normally would be open for business, according to additional survey findings from the research arm of the National Restaurant Association. The restaurant group said that 80% of New Jersey restaurant operators “report that business conditions are worse now than three months ago.”

“The decisions Congress will make in the coming weeks will be critical to the future of our New Jersey restaurant and hospitality industry,” said Dana Lancellotti, who serves as president and CEO of the New Jersey Restaurant & Hospitality Association.

Lancellotti’s group and the broader National Restaurant Association are lobbying Congress to add funding to the Restaurant Revitalization Fund (RRF)—which the federal American Rescue Plan Act established as a lifeline for struggling restaurants.

The New Jersey Restaurant & Hospitality Association said the first round of RRF dollars did exactly that, saving 30,000 jobs in New Jersey and enabling 100% of New Jersey restaurant RRF recipients to keep their doors open.

“The RRF was a critical lifeline to many, but far more are still desperately looking for support amidst continued economic uncertainty,” Lancellotti said.

President Joe Biden signed ARPA into law a year into the pandemic in March 2021. According to the federal Small Business Administration, which administers RRF, the fund provides a total of $28.6 billion in direct relief funds to restaurants and other hard-hit food establishments that have experienced economic distress and significant operational losses due to the pandemic.

Restaurants can receive funding equal to their pandemic-related revenue loss, maxing out at $10 million per business and at a maximum of $5 million per physical location.

Lancellotti estimates that replenishing the RRF would save more than 45,000 New Jersey jobs, based on findings from the National Restaurant Association survey.

The New Jersey Restaurant & Hospitality Association added that nearly 60% of restaurant operators who did not receive RRF grants “feel it’s unlikely that they will stay in business beyond the pandemic without a grant.”

Additionally, all of the restaurant operators that applied for an RRF grant, but did not receive funding, said a future grant “would enable them to retain or hire back employees.”

The New Jersey Restaurant & Hospitality Association represents over 25,000 food service establishments and 350,000 employees. The group said its membership represents the Garden State’s largest private-sector employer and generates an estimated $18.1 billion in tax revenue for the state.

At the national level, the association’s survey findings were similar:

‘End of the Line’

The group sent a Jan. 24 letter to leaders of both the U.S. House and Senate urging lawmakers to replenish the RRF.

“Alarmingly, the industry still hasn’t recreated the more than 650,000 jobs lost early in the pandemic, a loss 45% more than the next closest industry,” wrote Sean Kennedy, the National Restaurant Association’s executive vice president of public affairs.

“After two years of closures, COVID-19 variants, worker shortages, and inflationary pressure, a dangerous number of restaurants are at the end of the line,” he added.