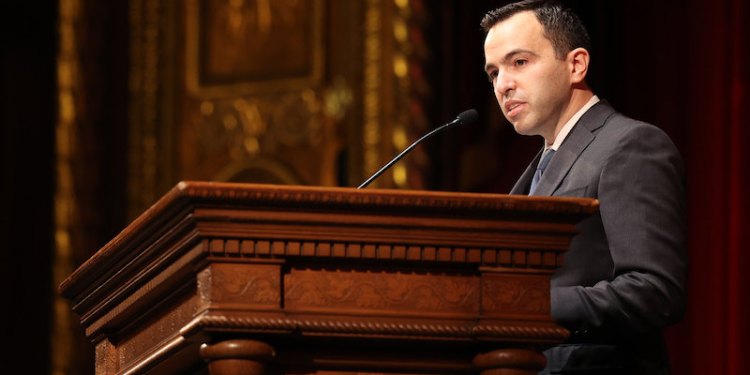 Gov. Phil Murphy picked Matt Platkin to serve as the state’s next Attorney General, and the nomination will be sent to the Senate for confirmation.

“It is my honor and pleasure to nominate Matt Platkin to serve as the 62nd Attorney General of the State of New Jersey,” said Governor Murphy. “As I look toward the upcoming four years and the challenges that lay ahead, I know that as Attorney General, Matt will stand up for our New Jersey values and keep the office, and our state, moving forward.”

“Matt will continue the strong record of the Attorney General’s Office’s during my first term and I look forward to working with him in this new role.”

Platkin, who served as Chief Counsel to the Governor between January 2018 and October 2020, is set to assume the role of Acting Attorney General on Feb. 14.

“I am honored and humbled to serve as New Jersey’s next Attorney General,” said Platkin. “I commit to work tirelessly, alongside the 7,700 outstanding public servants who make up the Department of Law and Public Safety, to protect and defend the rights of all nine million people who call our state home. I thank Governor Murphy for the trust and confidence he has placed in me, and I am excited to get to work.”

“I am confident that Matt will renew the state’s support of law enforcement in New Jersey, from our local patrol officers to the highest ranking officer in state government,” said Sarlo.

“Matt Platkin worked closely with the Legislature during his time as Chief Counsel and I am confident he will continue to be a valuable and reliable partner from the Attorney General’s Office,” stated Johnson. “I look forward to working with Matt to increase diversity in our police departments, fight discrimination in our workplaces, curb the rise in hate crimes across the state and build trust between law enforcement and the communities they serve.”

A resident of Florham Park and Morristown earlier in life, Platkin received a BA and his Juris Doctorate from Stanford Law School. He worked at the Brookings Institution in Washington DC before being named to the Chief Counsel role.

Murphy credited Platkin’s “ethical sense of right and wrong” during his time working with him, and said he would be the “people’s lawyer” and not the “governor’s lawyer” in his new role.

Platkin previously spearheaded a variety of policy initiatives, ranging from gun safety to voting rights, and helped in negotiating three annual state budgets. Additionally, Murphy credited Platkin with being critical stakeholder in the early months of the COVID-19 pandemic.