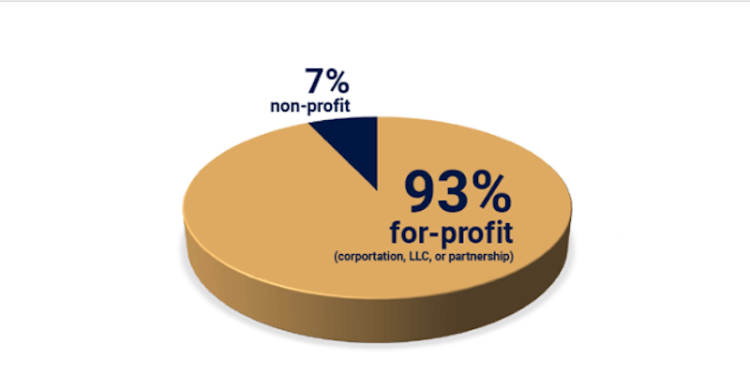 New Jersey’s government watchdog released a report this week that found 15 one-star long-term care (LTCs) facilities in the Garden State are costing Medicaid more than $100 million dollars a year but have failed to improve for years, and are overwhelmingly operated for profit.

Among the findings by the Office of the State Comptroller (OSC), the agency that oversees New Jersey’s Medicaid program, were 15 LTCs have consistently been rated one out of five stars over the last two years without improvement and many have been rated among the lowest LTCs since 2013. The report was published as the role of nursing homes has come under scrutiny during the pandemic.

“Close to 2,000 New Jerseyans woke up this morning in these one-star nursing homes,” said Acting State Comptroller Kevin D. Walsh. “We found that hundreds of millions of Medicaid dollars flowed to one-star facilities despite the facilities having been repeatedly cited for serious health and safety issues.”

“Bottom line: New Jersey taxpayers should not be funding nursing homes that have failed to improve for years, appear unlikely to improve, and put residents in harm’s way,” stated Walsh.

Woodland Behavioral and Nursing Center, formerly operating as Andover Subacute and Rehab II, in Andover was among the 15 facilities cited in the report. Other North Jersey facilities named included Complete Care at Fair Lawn Edge in Paterson, Forest Manor HCC in Hope, and Lakeview Rehabilitation and Care Center in Wayne.

The OSC ratings are based on issues found during health inspections, quality measures reported by nursing homes, and the number of nursing staff. Health inspectors show up unannounced to a nursing home and spend several days evaluating resident rights and quality of life at the facility.

Inspectors can cite a facility for “immediate jeopardy” if they find an issue that “has caused, or is likely to cause, serious injury, harm, impairment or death” that requires immediate correction. Nationally, 45.2% of one-star nursing homes have been cited for an “immediate jeopardy” violation.

“Year after year, these 15 facilities are rated one-star and yet do not improve the quality of care for thousands of individuals,” said Laurie Brewer, New Jersey’s Long-Term Care Ombudsman, who consulted with OSC on its report. “A consistent one-star rating means the Department of Health has flagged problems that endanger residents time after time, and yet no significant changes have been made by that facility to protect residents.”

Medicaid is the single largest payer of nursing home care in New Jersey. OSC’s data dashboard tracks how much Medicaid money each one-star LTC in the report received between fiscal years 2017 and 2019. In total, the fifteen one-star LTCs received over $300 million from Medicaid during that time period.

According to OSC, 14 out of the 15 one-star LTCs are for-profit companies. The majority of LTCs (77%) in New Jersey are operated for-profit as the state has seen a steady decline in non-profit ownership of nursing homes and an increase in private companies operating these facilities.

At least one study has shown that LTCs operated for profit increase the mortality risk for patients. For-profit ownership has also been linked to declines in patient well-being, such as lower mobility, all while being paid for by taxpayers.

“For too long, facilities have gotten away with widespread and uncorrected problems that have put people in harm’s way,” said Walsh. “New Jersey should simply refuse to pay for substandard care. It’s time that we use taxpayer funds to demand better. Any nursing home that year after year gets the lowest rating should not get public funds.”

In many cases, private owners of one-star LTCs in New Jersey owned multiple low-rated facilities. OSC’s report found that five of the owners, managers, or administrators of a one-star LTC also operated at least two other one-star LTCs. That includes an administrator of Complete Care at Fair Lawn Edge, Lakeview Rehabilitation and Care Center, Palace Rehabilitation and Care Center, Silver Health Care Center, and Wardell Gardens at Tinton Falls, being affiliated with eight LTCs that received a two-star or lower score in October 2021 and with a total of 39 LTCs in New Jersey.

“Since there are no financial consequences to being a one-star facility, it is simply built into the cost of doing business,” stated Brewer. “It appears there’s been a business calculation made that one-star ratings are just fine. Owners of these chronically one-star facilities must be held to account.”

The report was published just before an Assembly Aging and Senior Services Committee hearing Feb. 3 on the challenges seniors face regarding the affordability of long-term care and housing. Committee members noted seniors in New Jersey facing yearly living expenses that are 145% more than the national average

Assemblywoman Angela McKnight (D-31) saidas population of residents over the age of 65 is expected to grow 48% by 2034, there is a pressing need to investigate the ways the Legislature can address the affordability concerns for Garden State senior residents, whether they are aging in place or in a long-term care facility.

“Seniors in New Jersey should not have to face uncertainty about how they will afford to live comfortably or pay for the long-term care that they may require as they grow older. They deserve to feel safe and economically secure as they retire and enjoy their golden years,” commented McKnight. “That is why it’s critical for us to take action to respond to the growing need for affordable senior housing and long-term care options for New Jersey’s seniors.”

As for those that have passed, the state reported 104 confirmed deaths, bringing that total to 28,949. The state listed probable deaths at 2,919, bringing the overall total to 31,868. State officials noted 46 deaths occurred in the last 24 hours of reporting that have not yet been lab confirmed.

The state’s dashboard had a count of 2,409 patients hospitalized at all 71 hospitals in the Garden State filed reports Feb. 4. By region, there were 924 in the North, 854 in the Central and 631 in the South. Of those hospitalized, 421 are in intensive care units and 294 on ventilators. A total of 368 patients were discharged in the last 24 hour reporting period.

Health officials noted 561 long-term care facilities are currently reporting at least one case of COVID-19, accounting for a total of 26,401 of the cases, broken down between 12,119 residents and 14,282 staff.

The state’s official death total will now be reported as those that are lab confirmed, sits at 9,063 on Feb. 4. The facilities are reporting to the state 8,439 residents deaths and 148 staff deaths.